Transforming a museum into a house 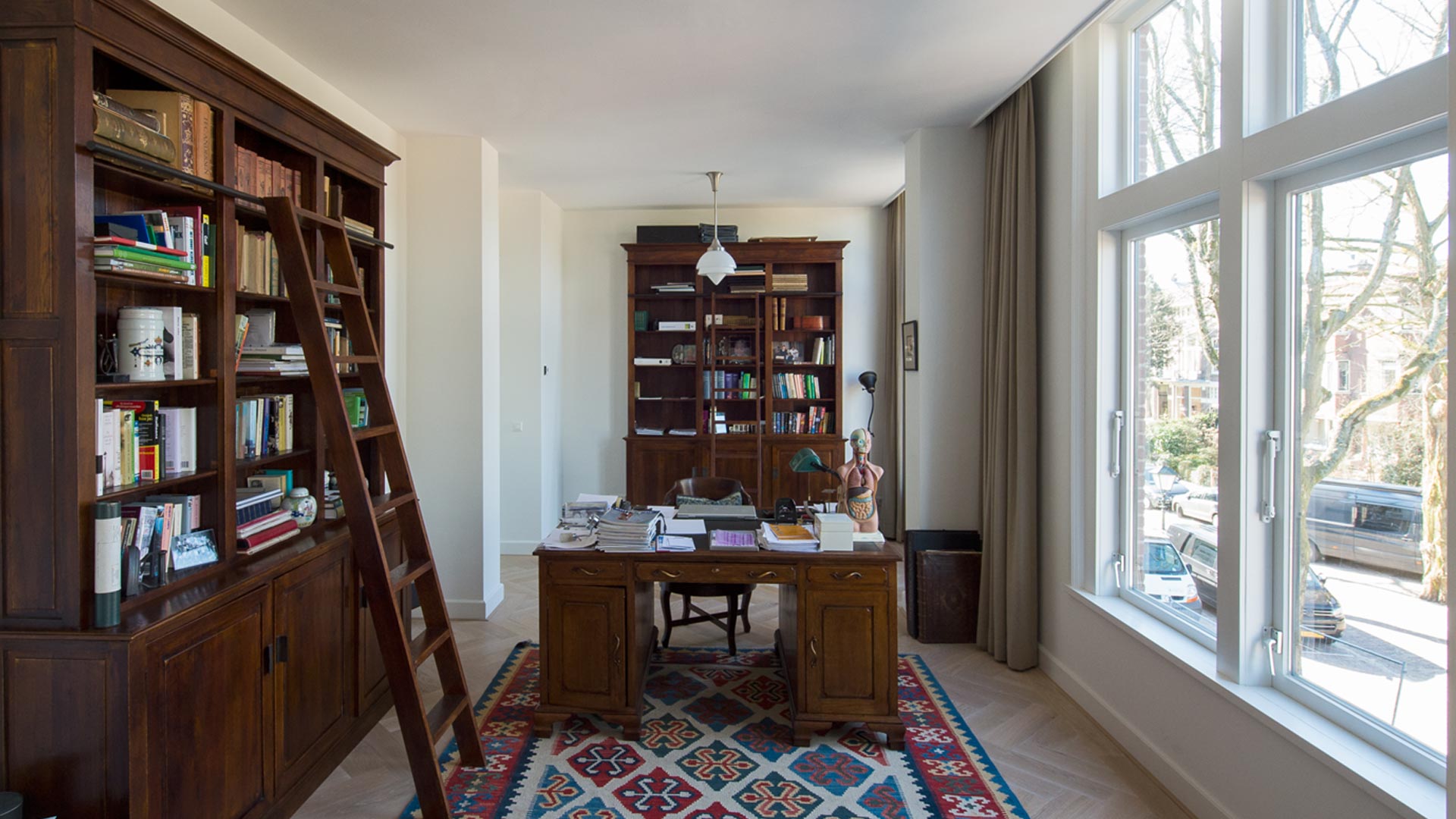 In 2010 the former Kralings Museum at the Hoflaan was transformed into a luxury apartment building. The building contains three apartments with a common entrance and a lift giving access to the upper floors. Casa T is the apartment on the first floor and encompasses an area of 215 m2 and a terrace of 35 m2. 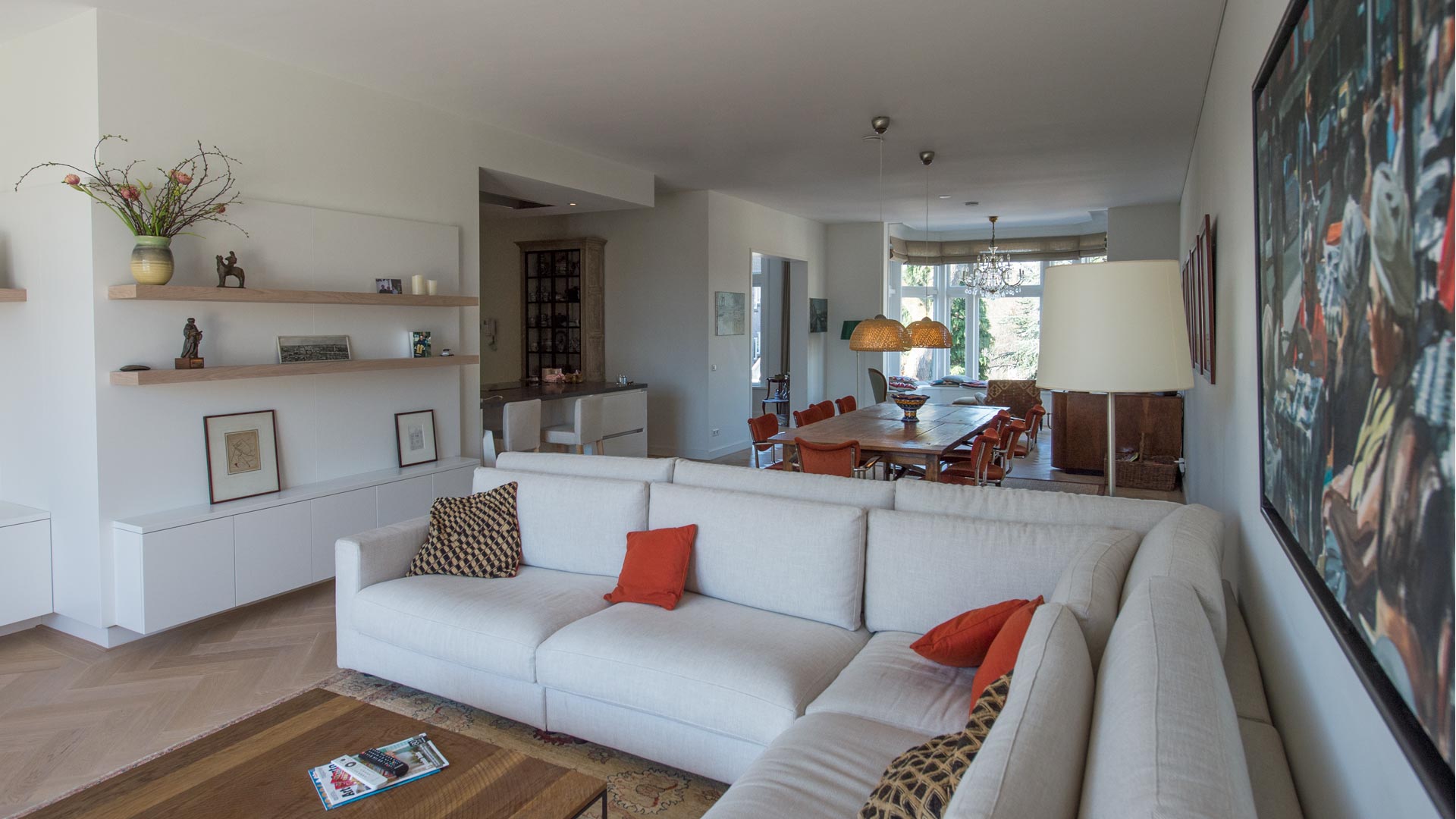 The assignment was to adapt the existing format to a new configuration consisting of two new bedrooms, two bathrooms, a kitchen and an open office. The latter also offers more light into the apartment. The new plan provides a clear distinction between day and night functions: two-thirds is for day use while one-third contains the sleeping quarters.
The character of the apartment underwent a major change by breaking open the existing space. Due to the repositioning of the three new functions, sight lines were created. Two sight lines connect the front and rear, and the windows at both ends reinforce the spatial effect. 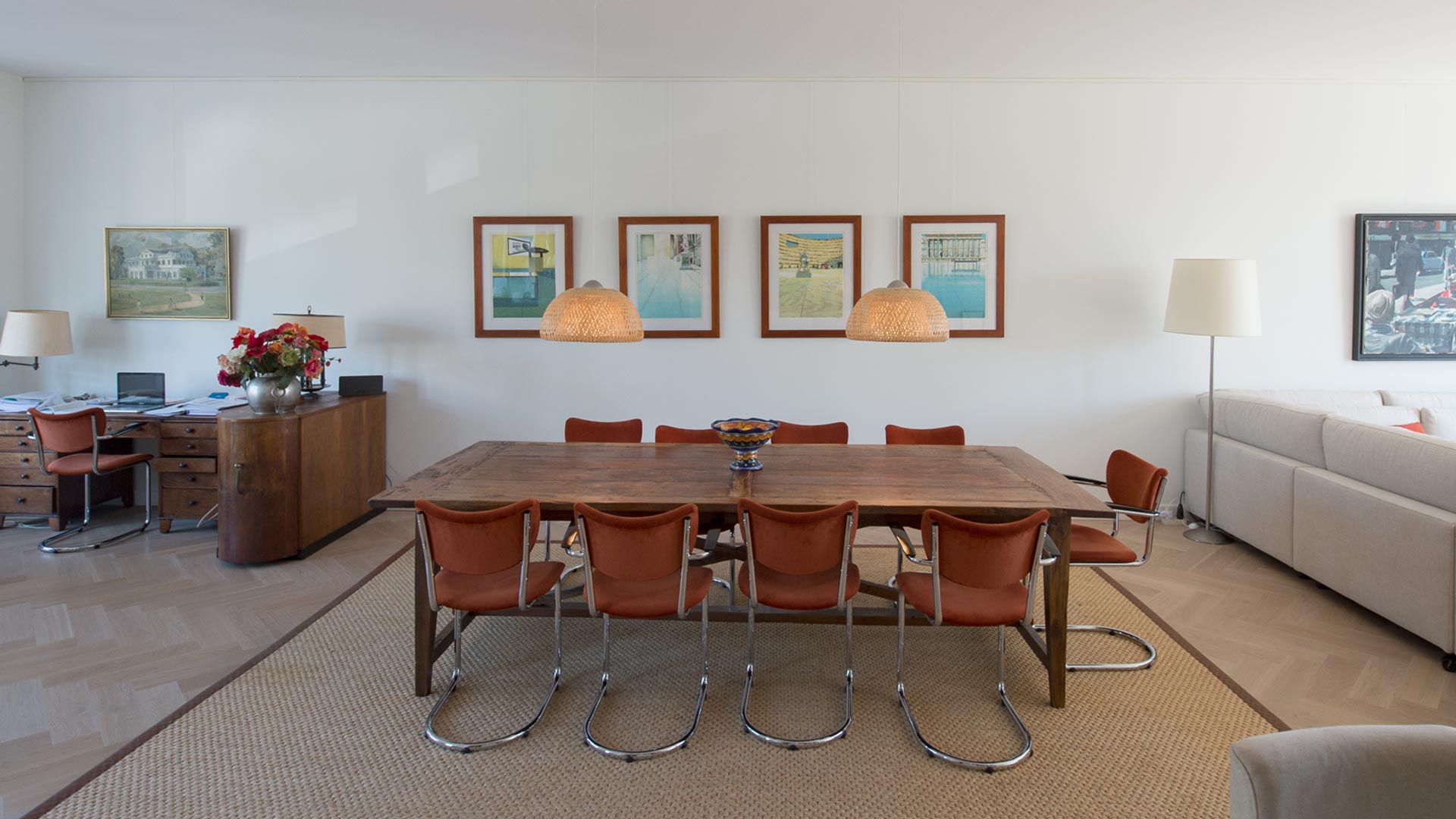 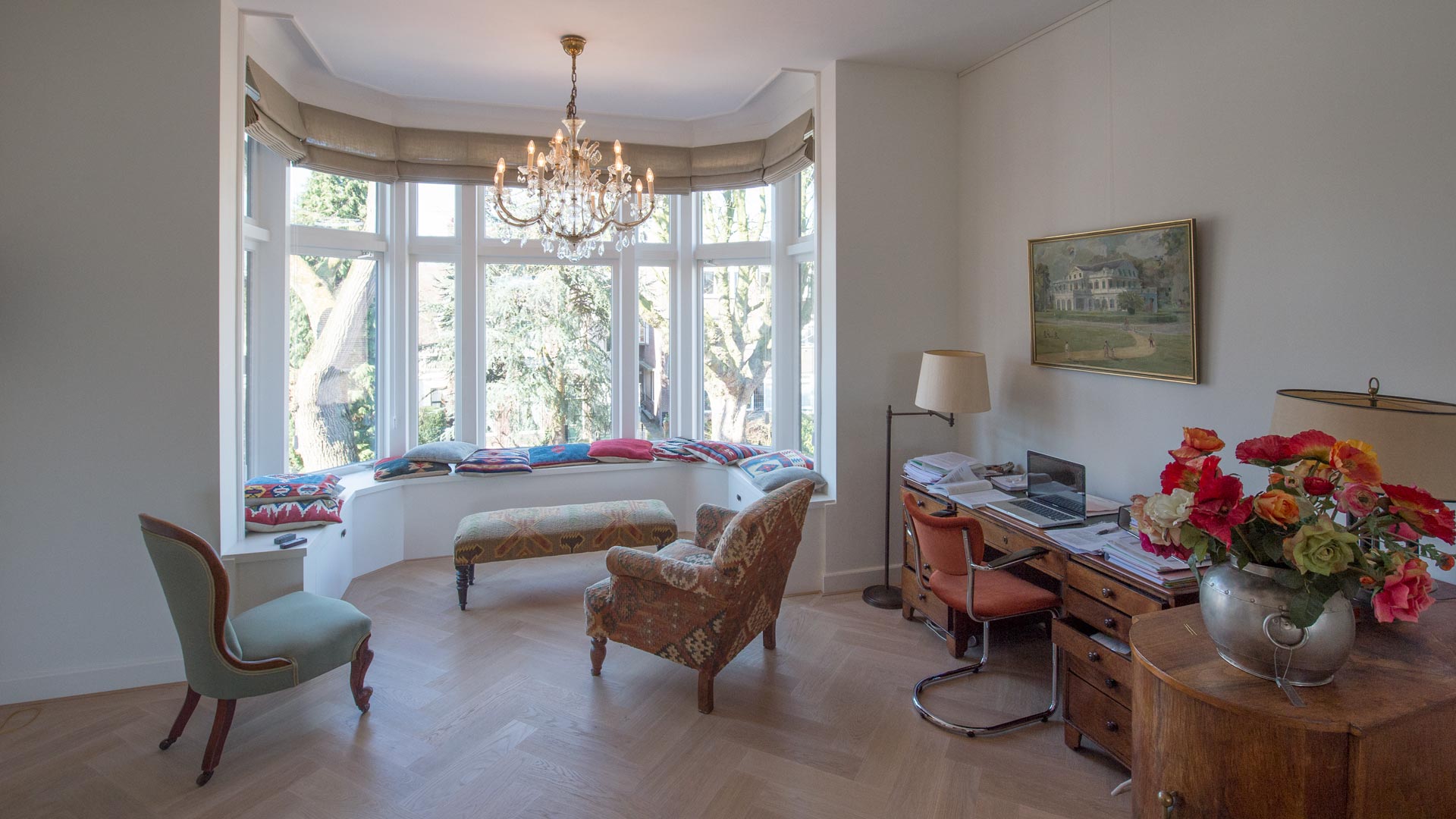 The property is reached via stairs and by an elevator with access in the hallway. At the back are the master bedroom, a closet and the completely redesigned main bathroom. The living room offers entrance to a large balcony, and from the bedroom there is access to a small balcony. The former L-shaped kitchen was made into a U-shape, and the adjoining storage area was transformed into a pantry and a small guest bathroom. 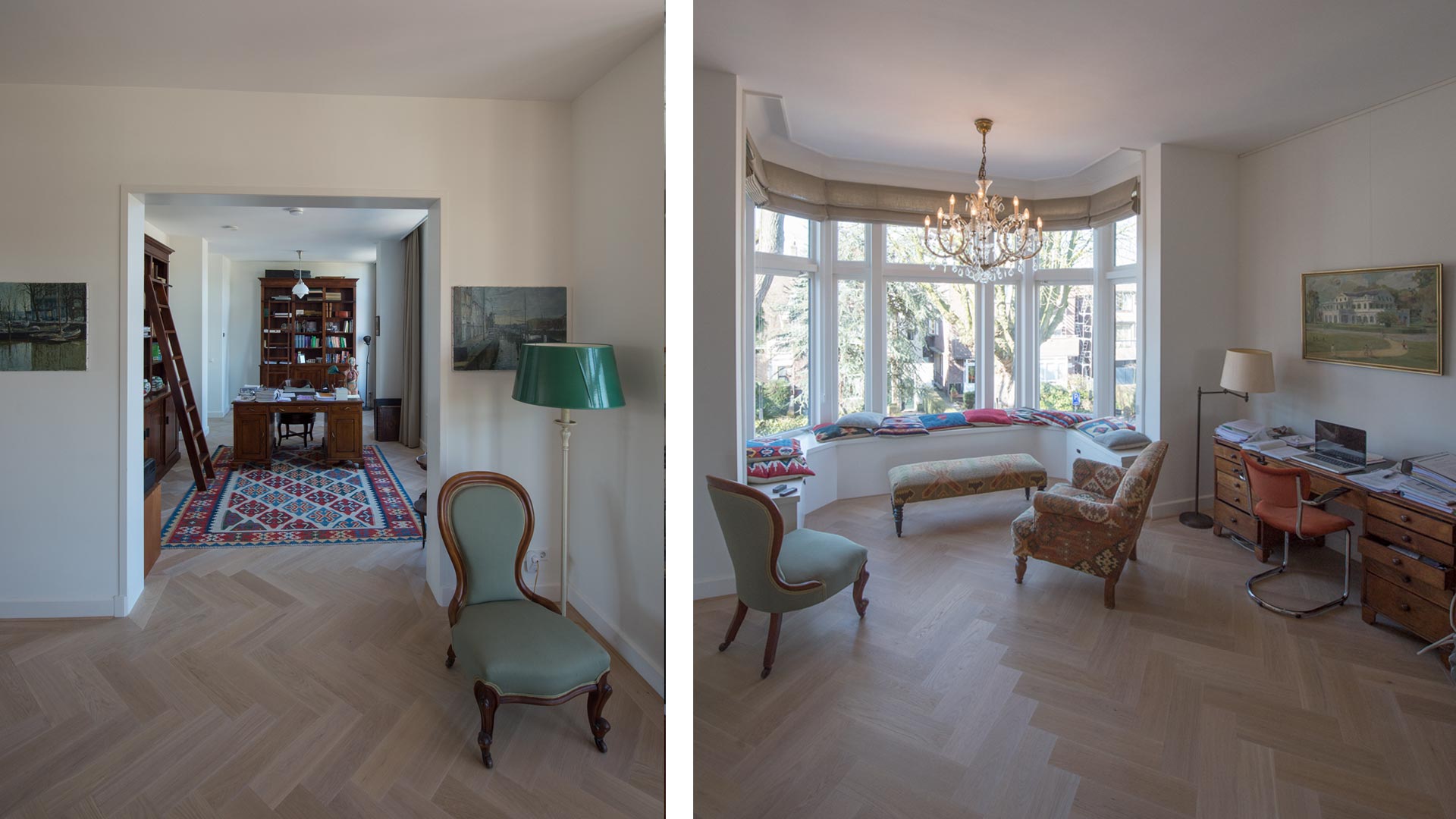 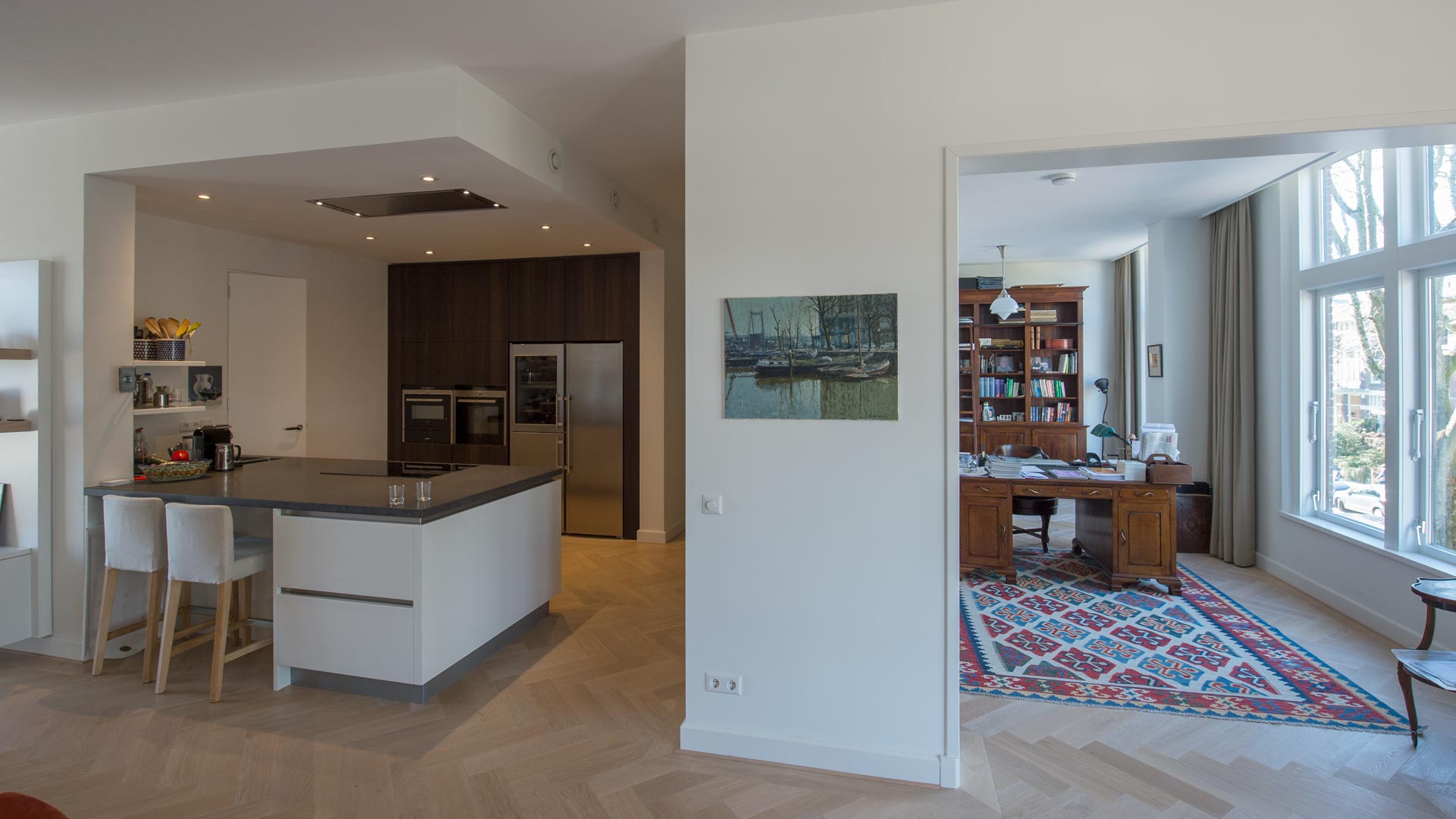 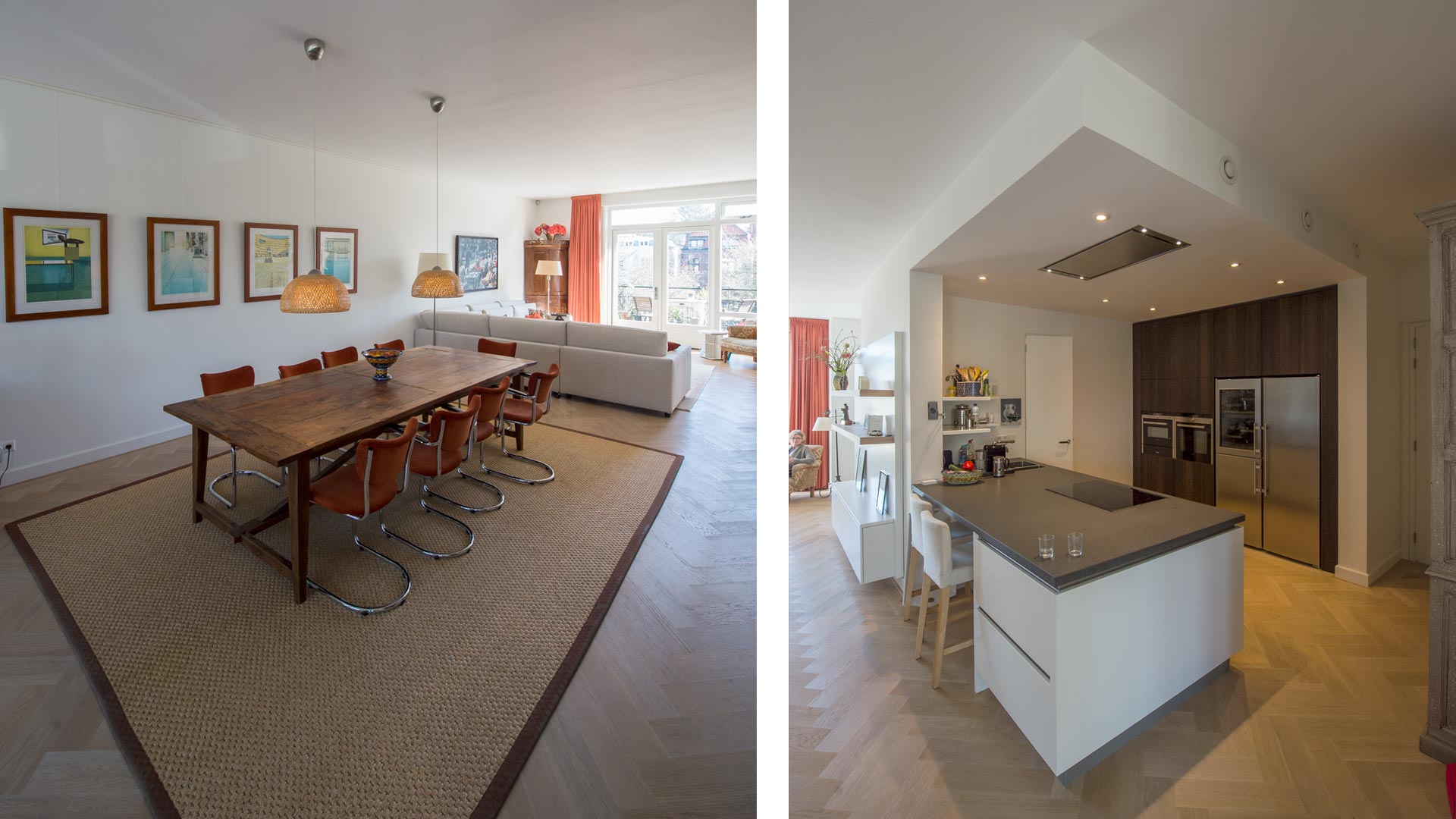 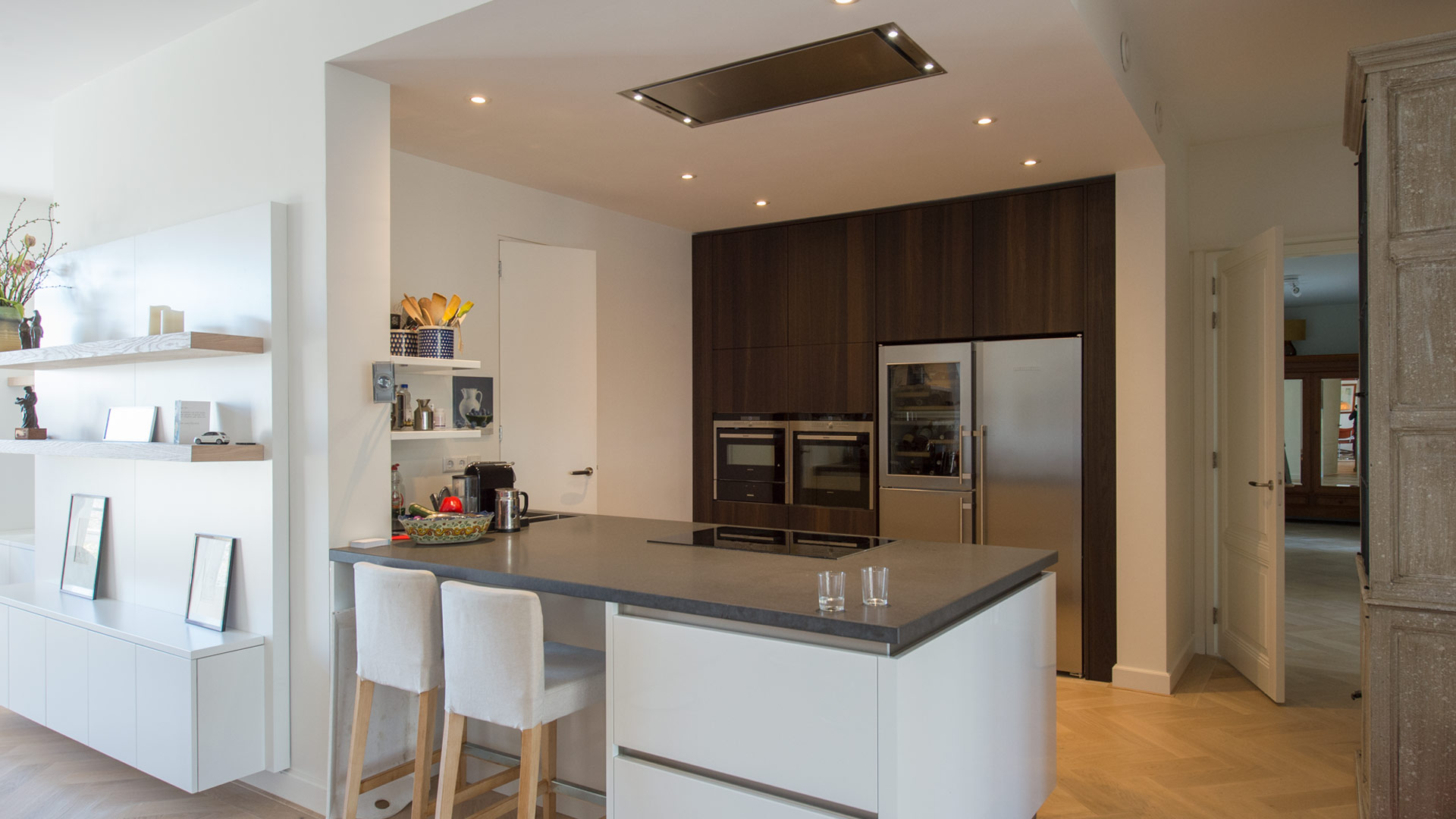 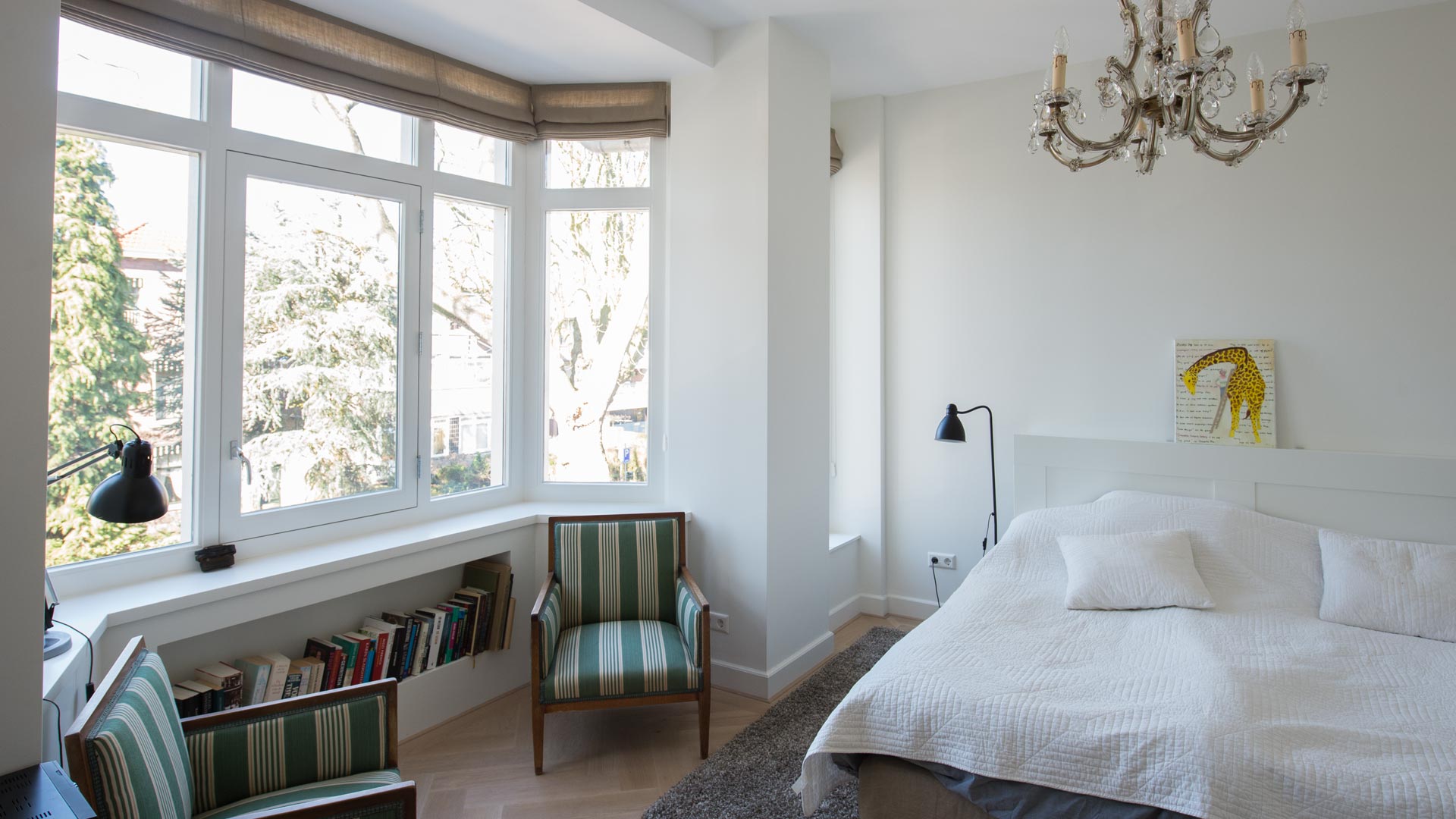 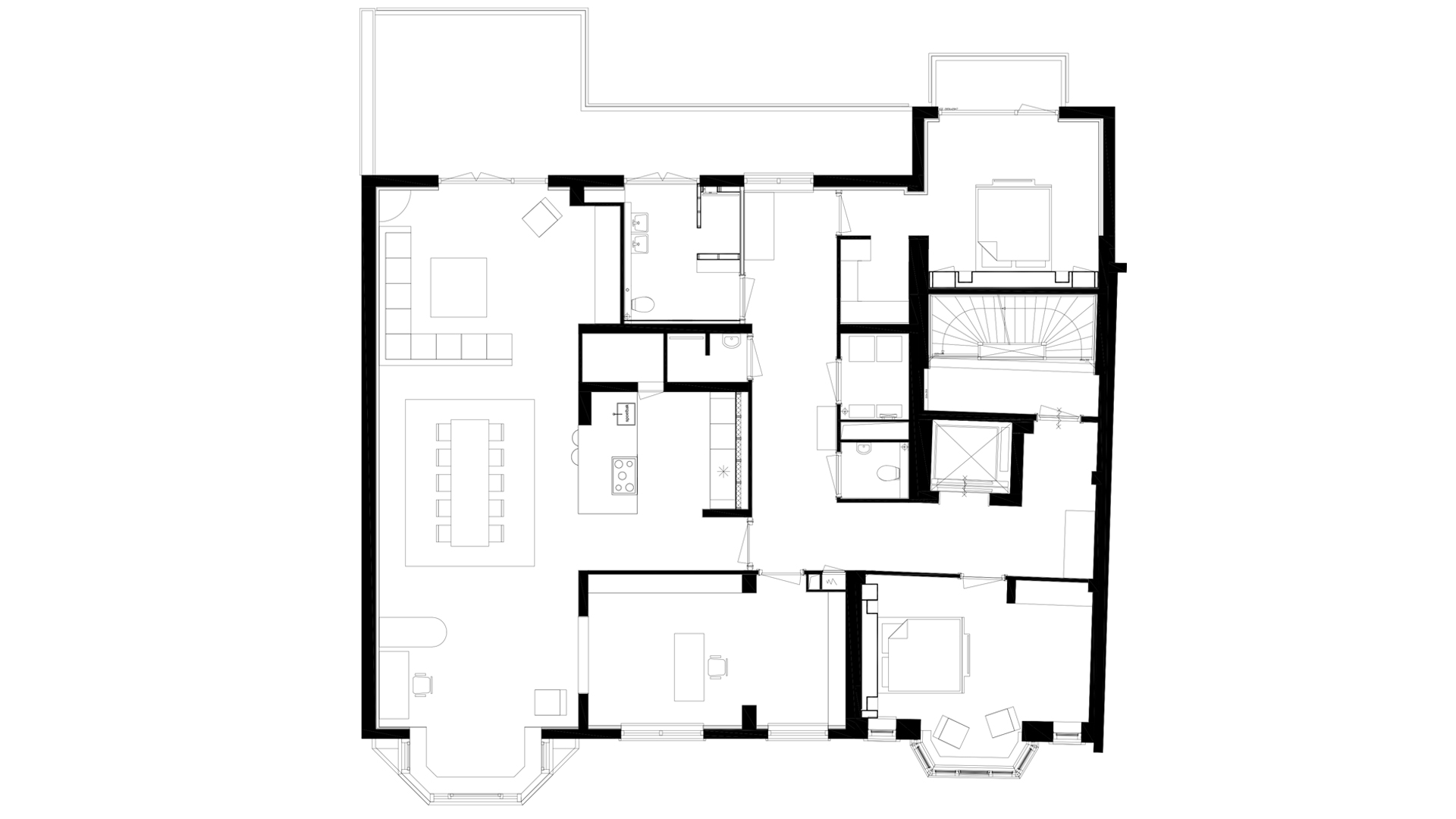 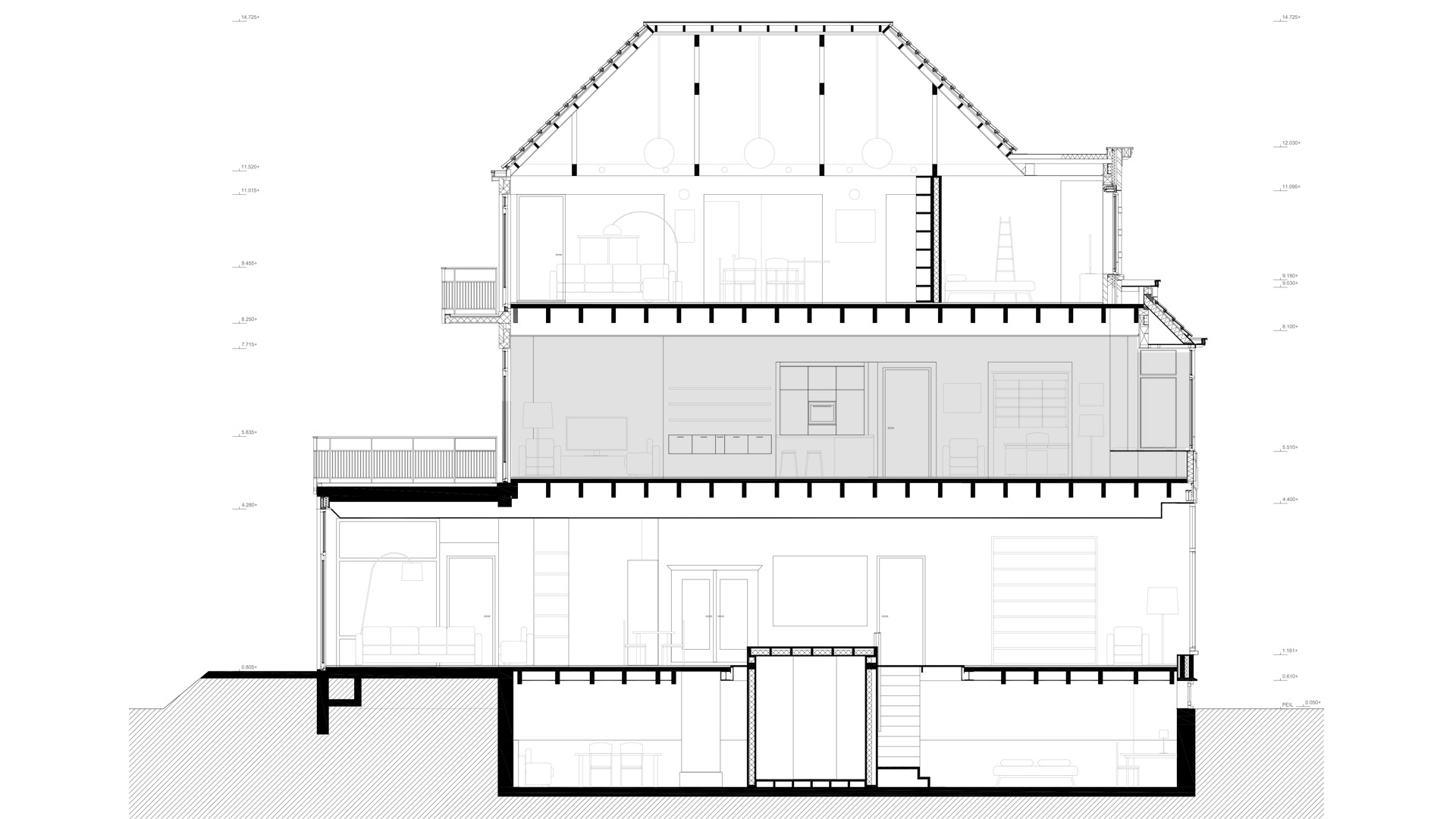