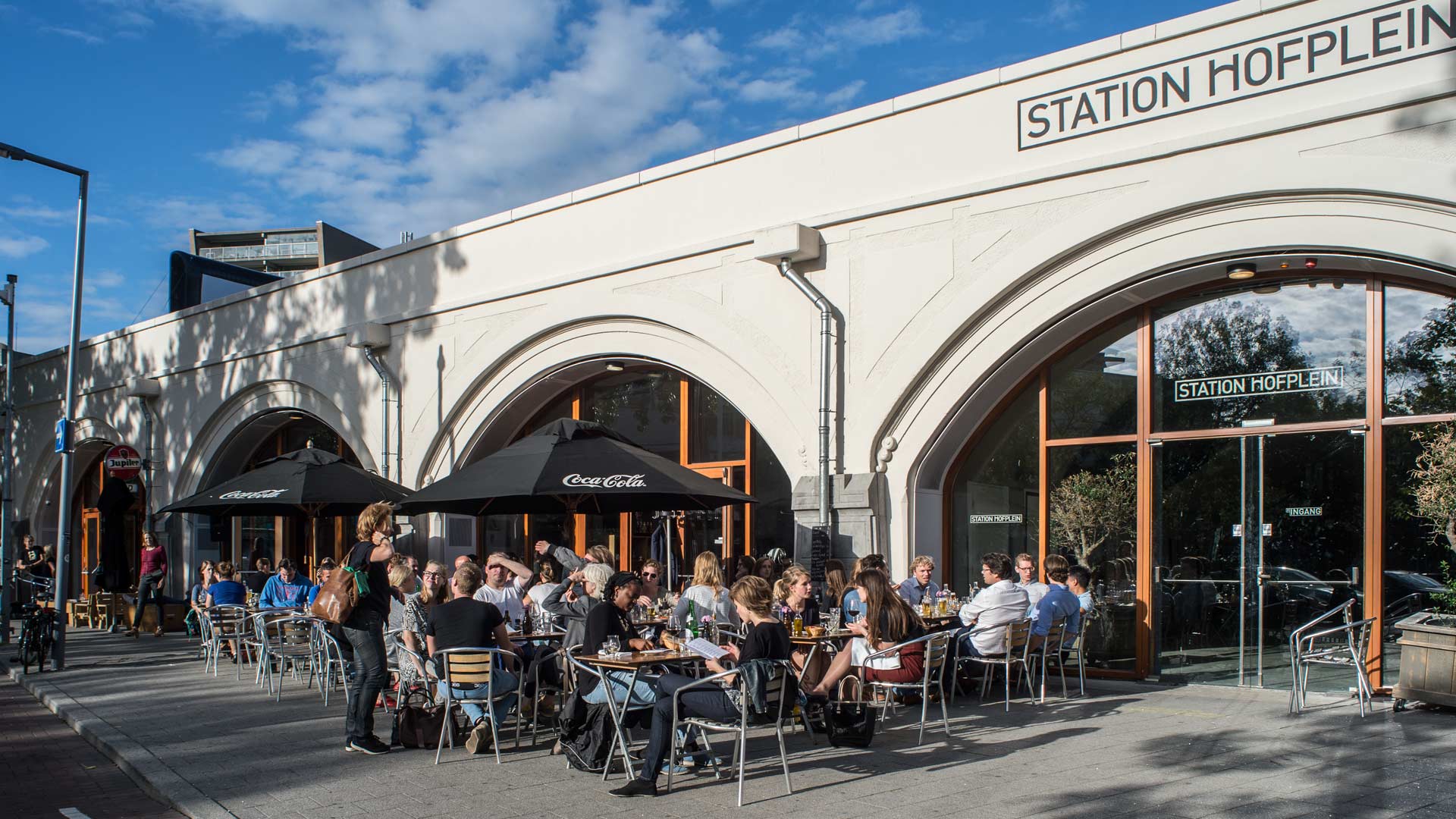 The monumental Hofplein Station is part of the 1.9 km long Hofplein viaduct. The viaduct was built in 1905-1908 as an alternative electric railway from Rotterdam to Scheveningen. The construction of the Hofplein viaduct at that time meant a dramatic technological breakthrough in the manufacture of railway viaducts. Never before we built an overhead track with a span of 1.9 km that was built entirely of reinforced concrete. In 2002 it was therefore designated as a national monument. 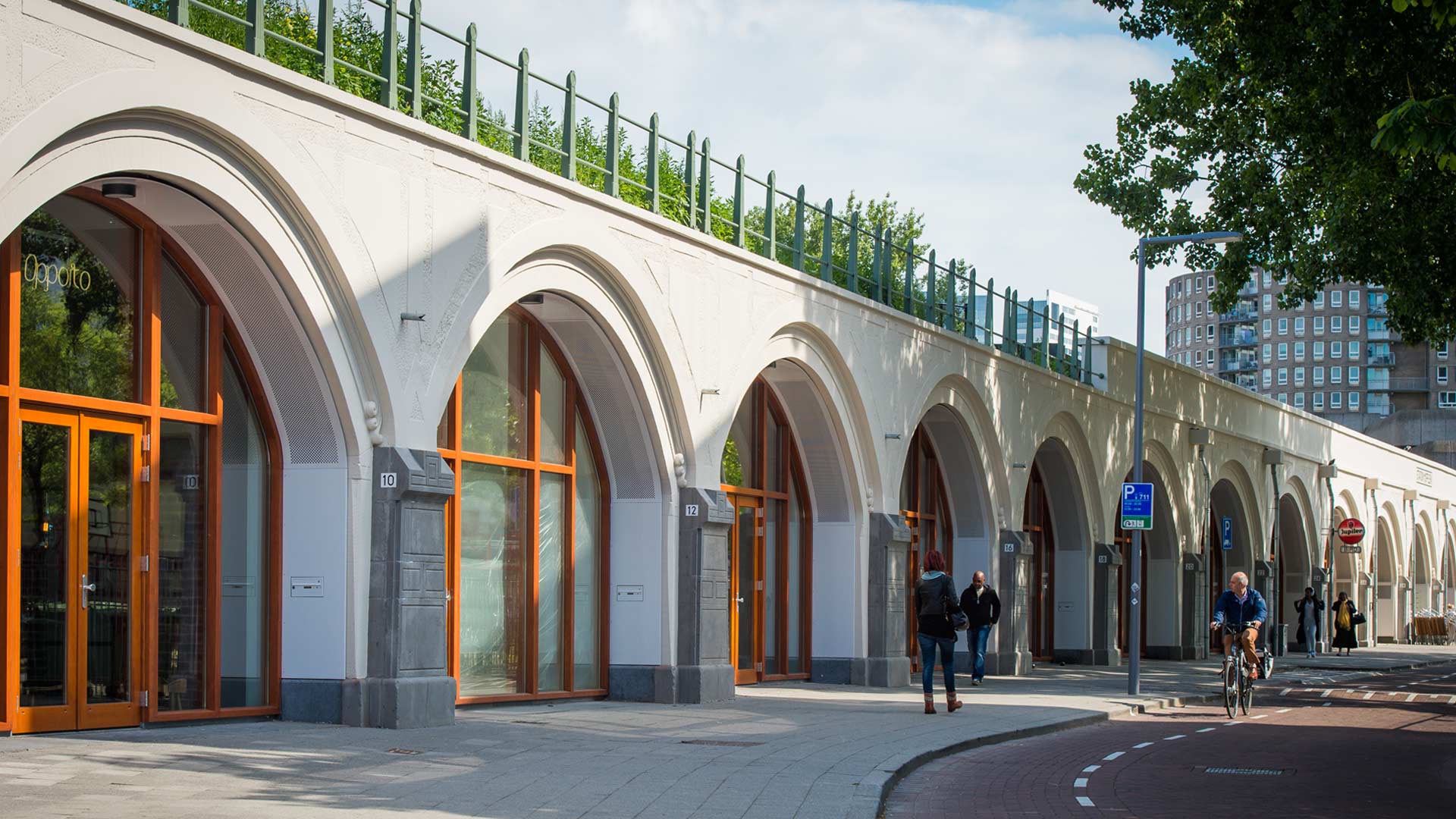 The Station Hofplein consists of seventeen arches with an average depth of forty meters and a total surface area of 5575 m2. The roof of the complex is 4000 m2. In February 2006, the Rotterdam housing associations Havensteder and Vestia (united in Hofbogen BV) beaten forces and purchased the railroad viaduct of the Dutch Railways to restore it to its former glory. 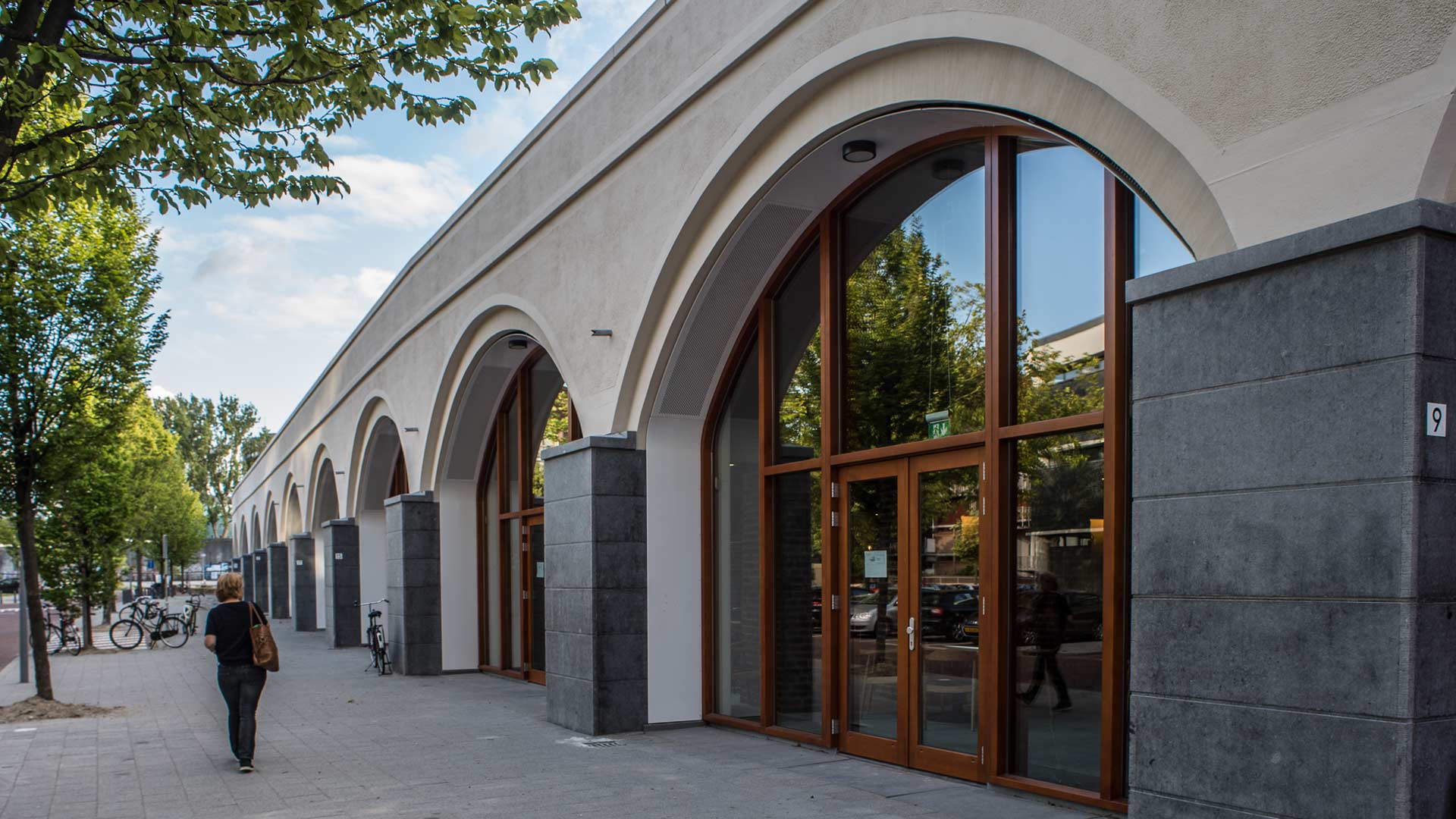 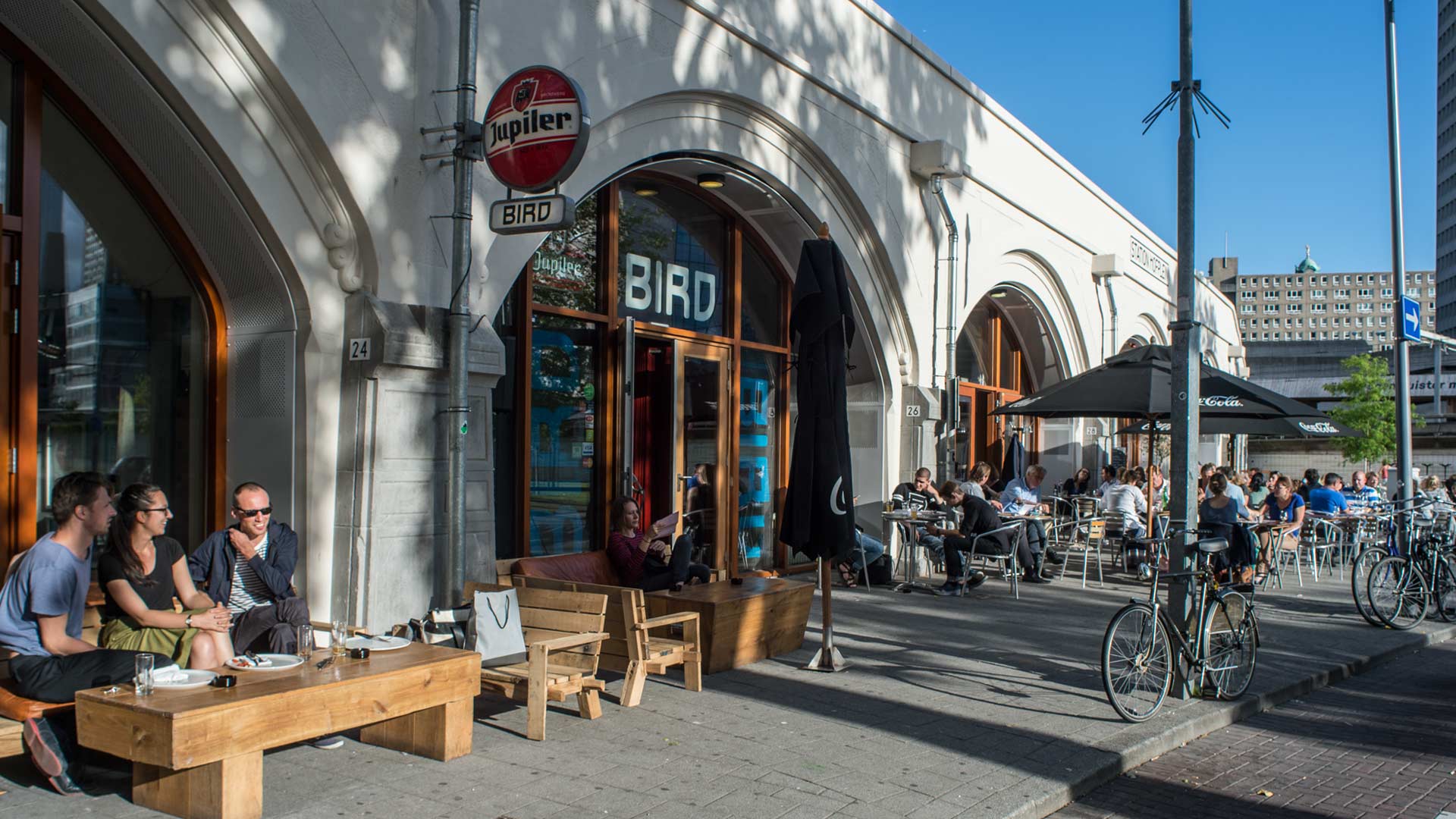 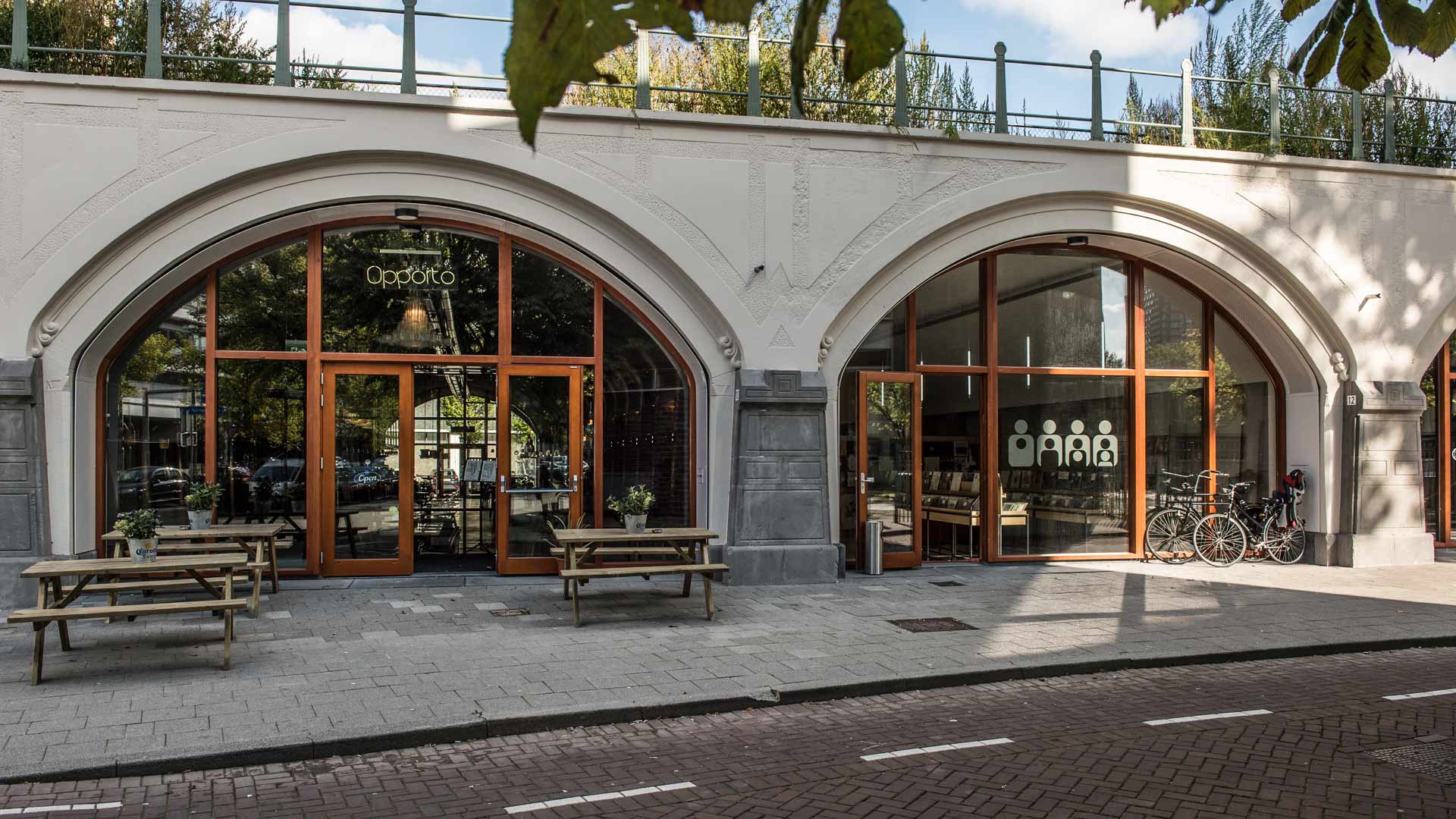 The first phase of the large-scale transformation of the Hofplein viaduct was the project MINI MALL. This compact shopping mall for creative entrepreneurs in 2011 realized by the architects PEÑA architecture & AFARAI. For this project the first seven arch areas of the Hofplein Station were renovated and transformed. This required a radical approach. For example, the peelable concrete parts have been removed is cleaned, and the reinforcement, improved and equipped with a new layer of concrete. This also applied to all the columns that separate the rooms. The contaminated soil is cleaned and the floors have been replaced. There is created a new division and the facade is painted in consultation with the bureau monuments and cultural history. The roof is leaking released and the rainwater drainage system has been completely replaced. 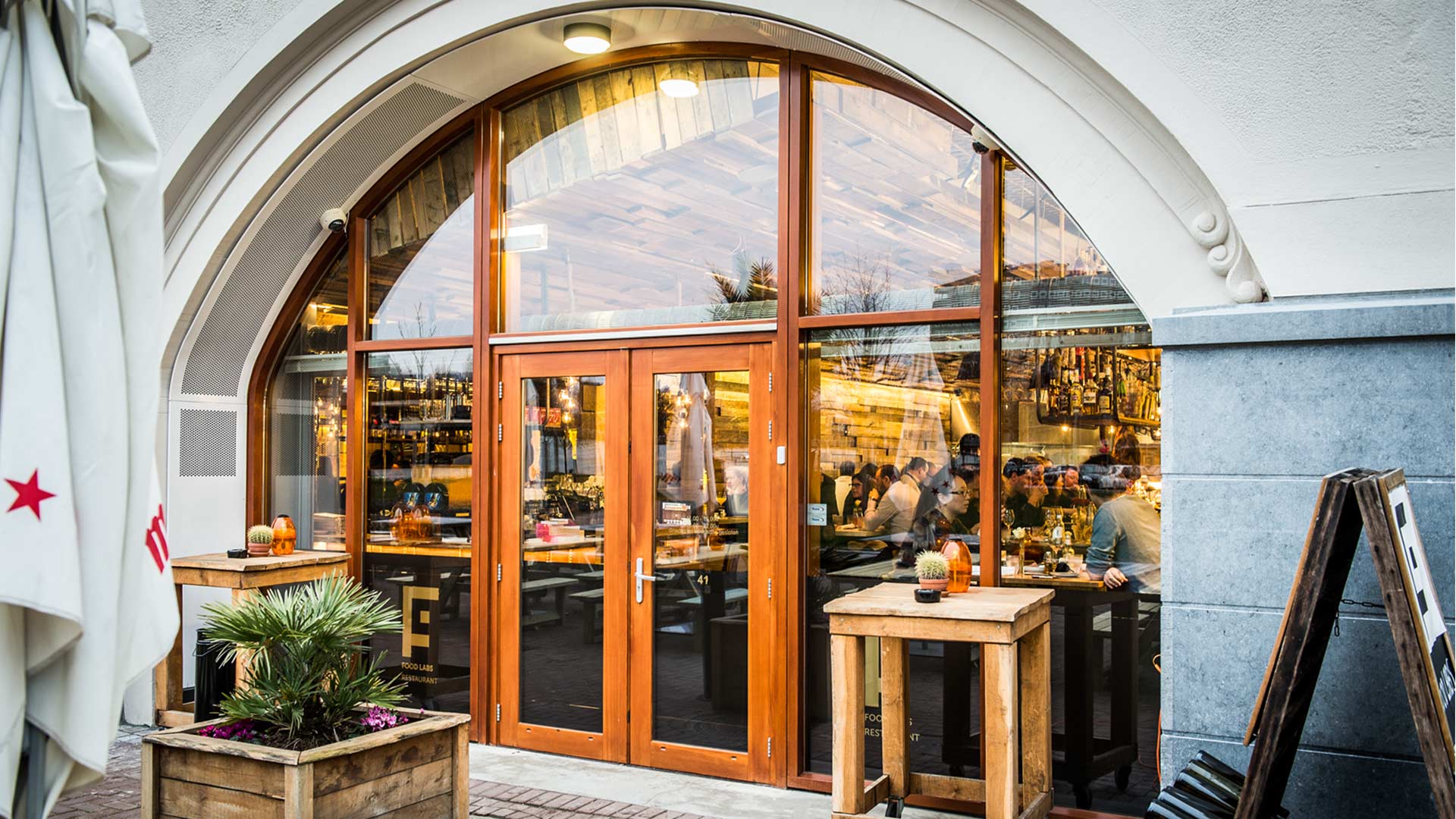 A special quality that has been added concerning the joint area within which all activities of individual entrepreneurs come together. The complex is broken open from the street and made accessible to the public. The courtyard serves not only to make the building accessible, but at the same time adds a new trail to the public space. So the Hofplein Station has again become a place of significance in Rotterdam. 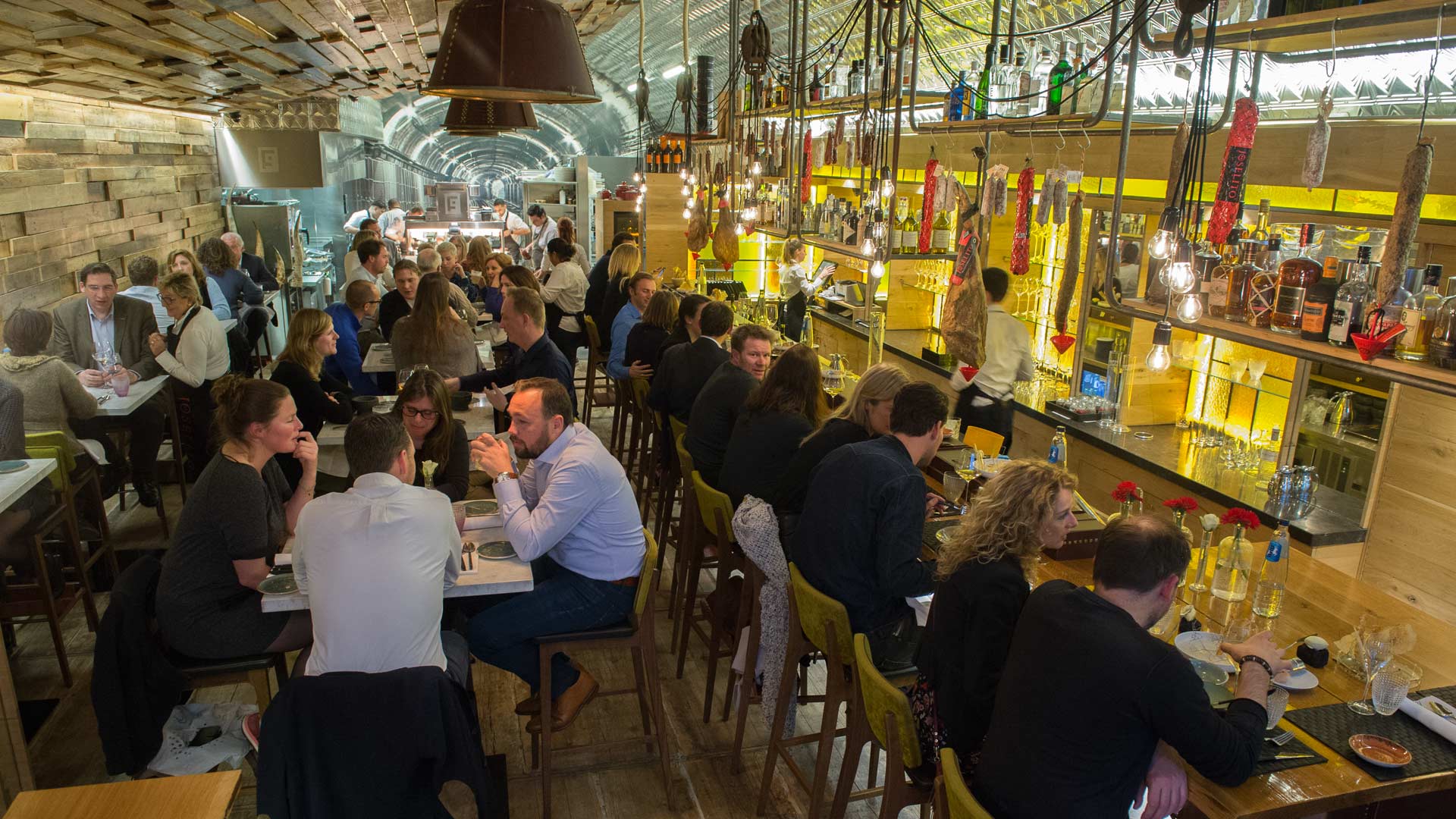 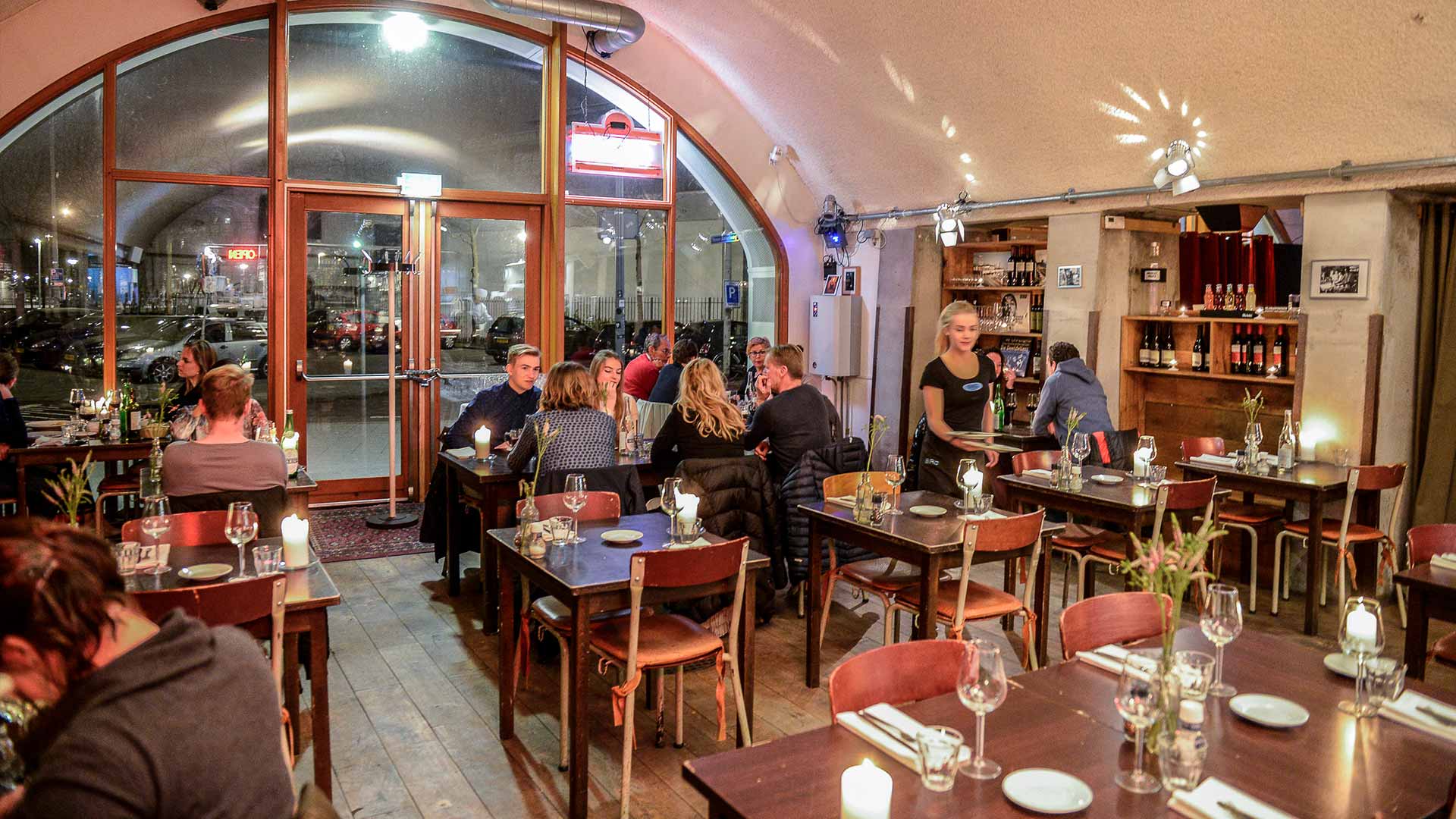 The success of this first phase in the second phase put on the quality restoration of the remaining ten arches in the Hofplein Station. This is the same approach used, but the created spaces are dug deeper to the entrepreneurs the opportunity to carry the necessary equipment itself (electricity, water, ventilation, etc.) to build. Furthermore, the roof is made further waterproof. The facade is in consultation with the National Cultural Heritage completely restored. The recessed wooden facade is preserved and the original ornamentation was restored. In the summer of 2015 started with the establishment of the restored roof. It is a public space, a place where all residents can enjoy high level of the city. 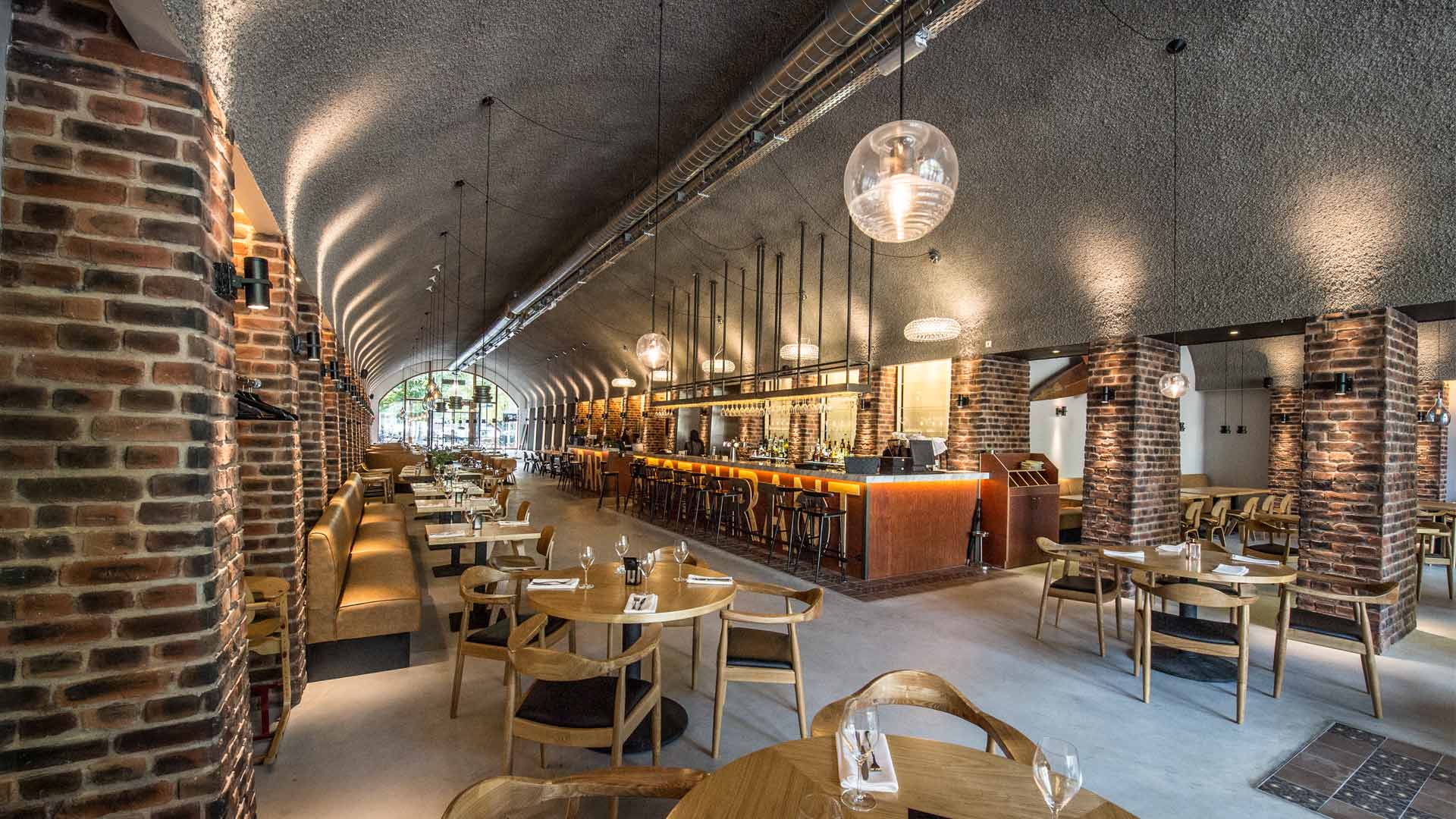 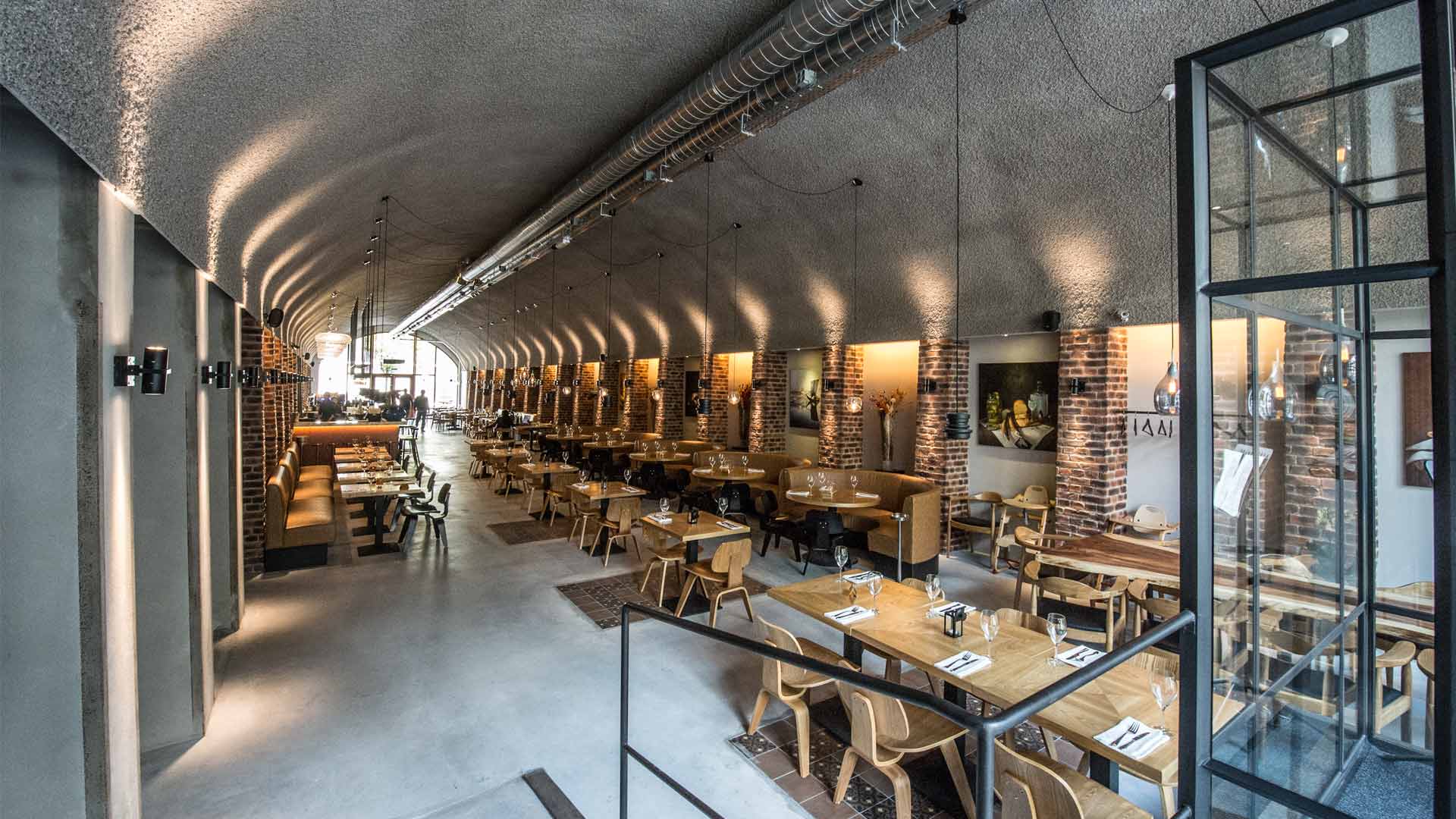 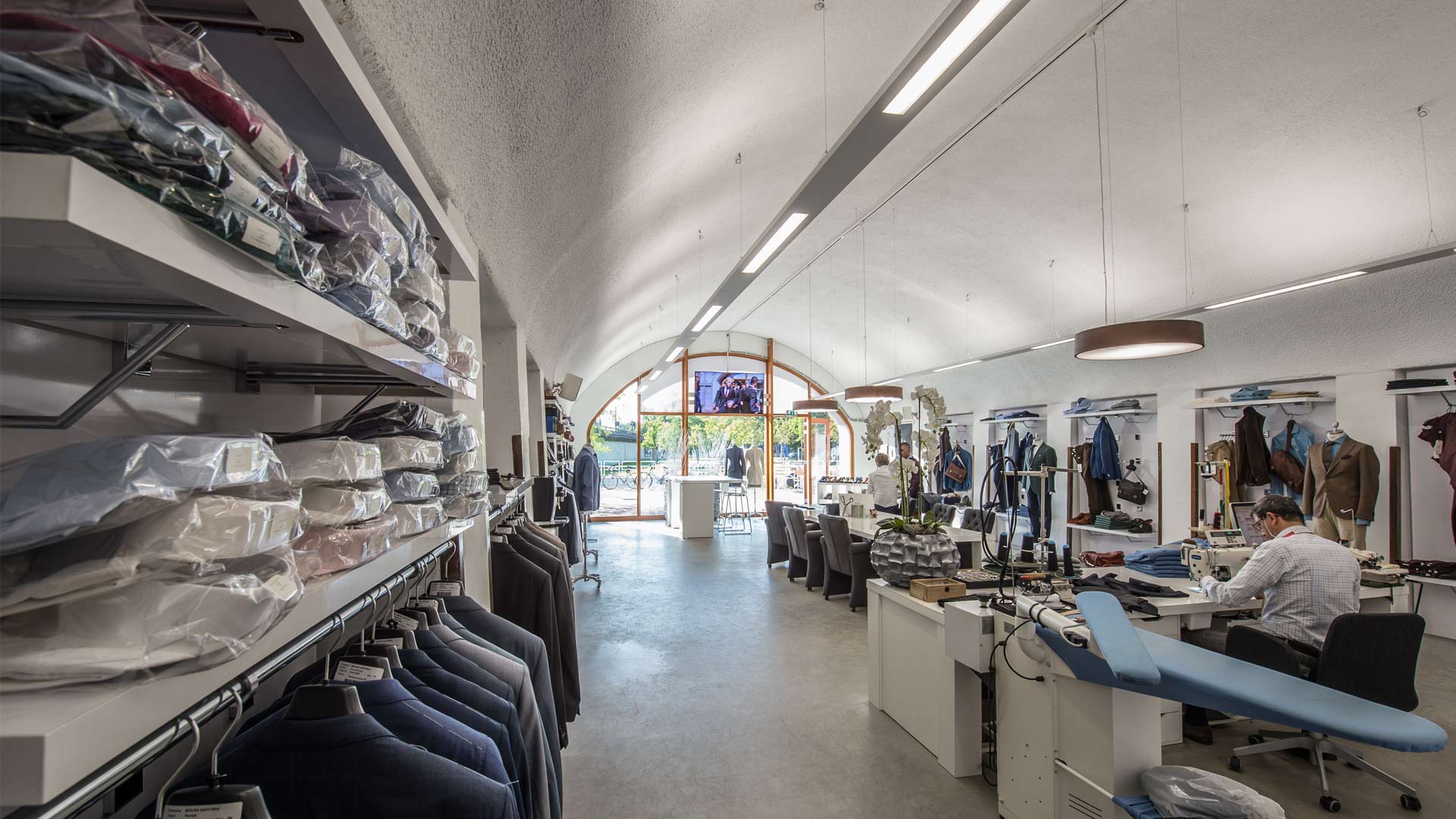 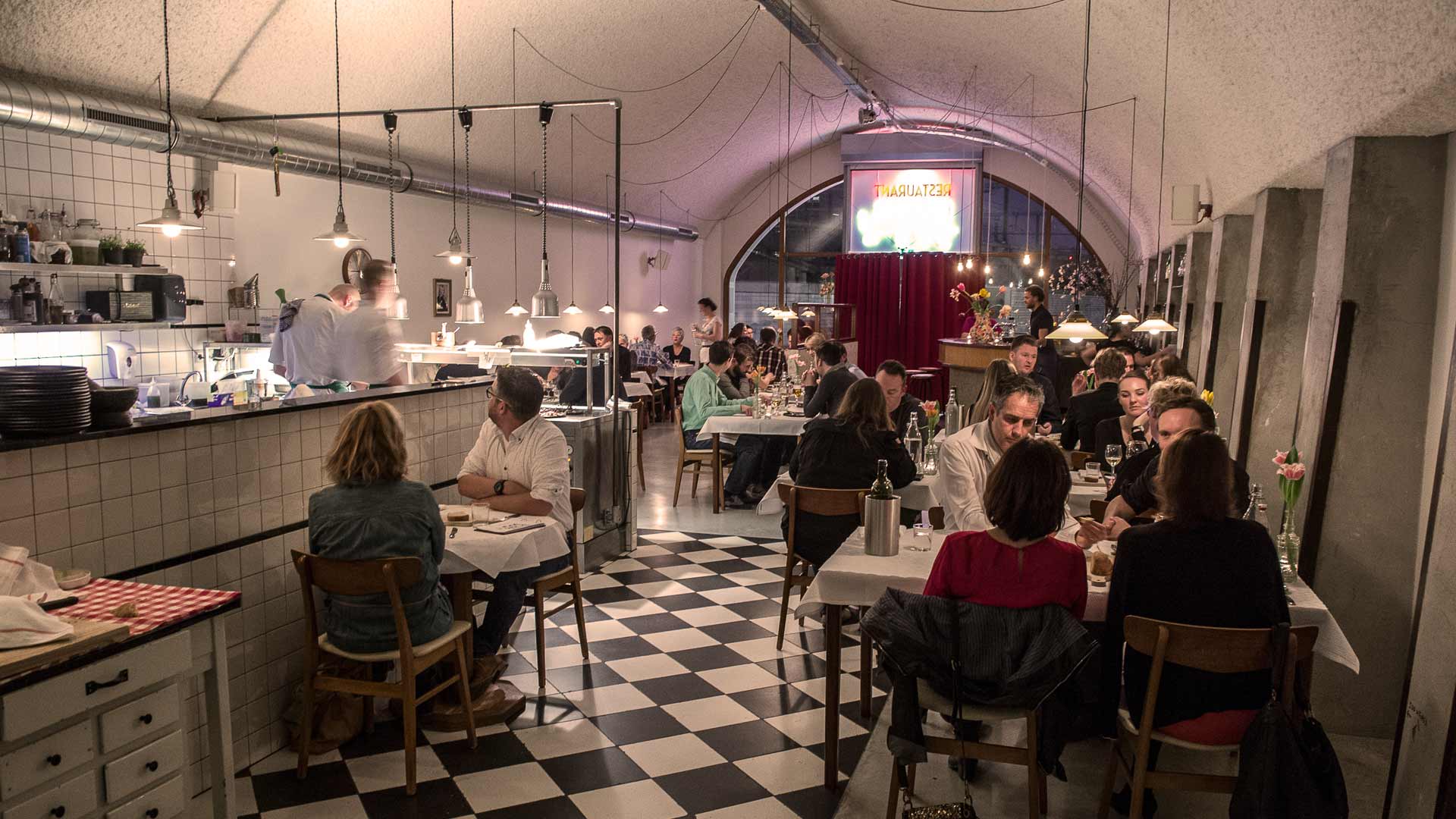 The Hofplein Station is a gathering of special companies in the areas of food, fashion, film and design. For healthy operation should be a mix of new and already established businesses that complement and reinforce each other. 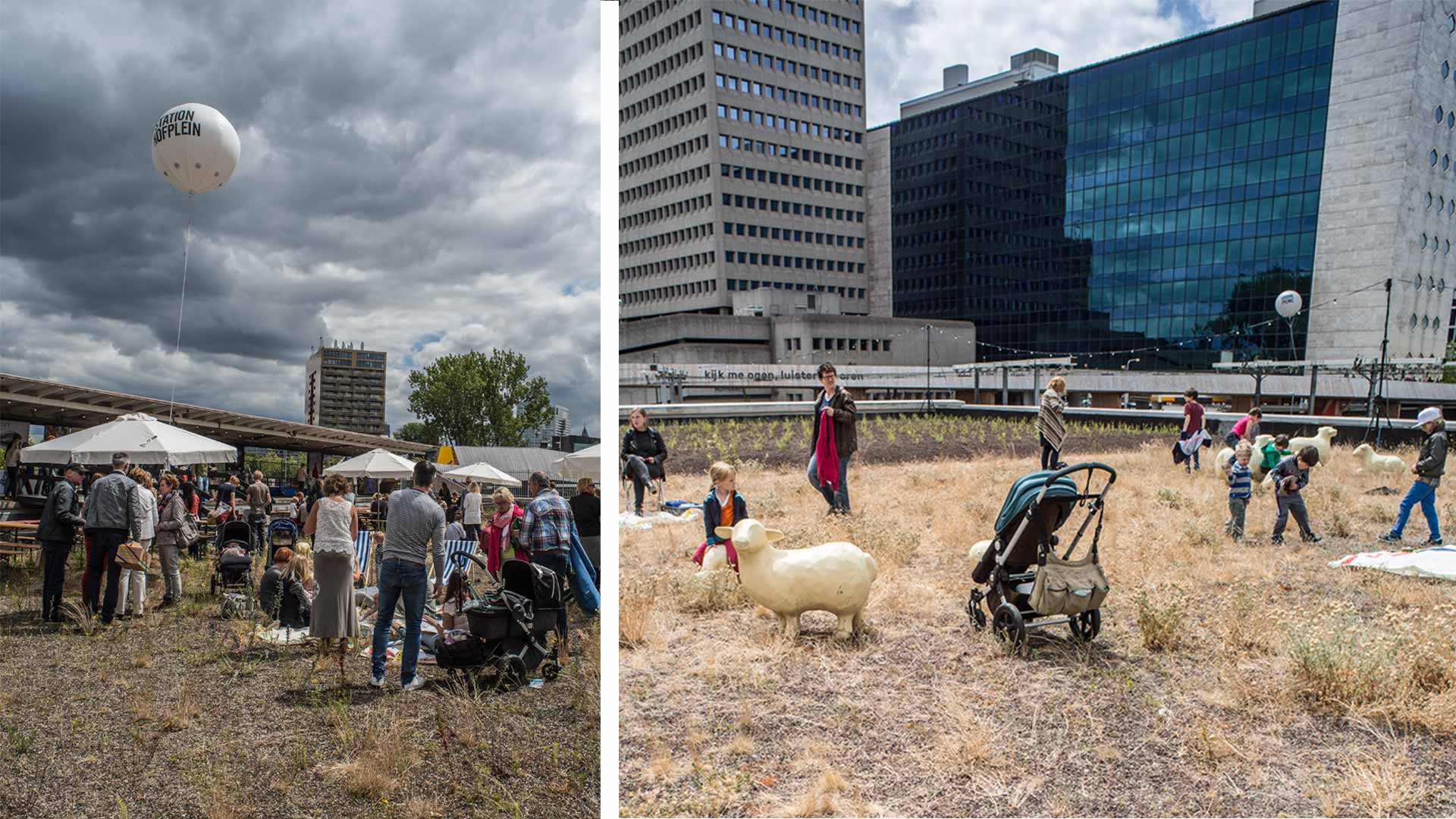 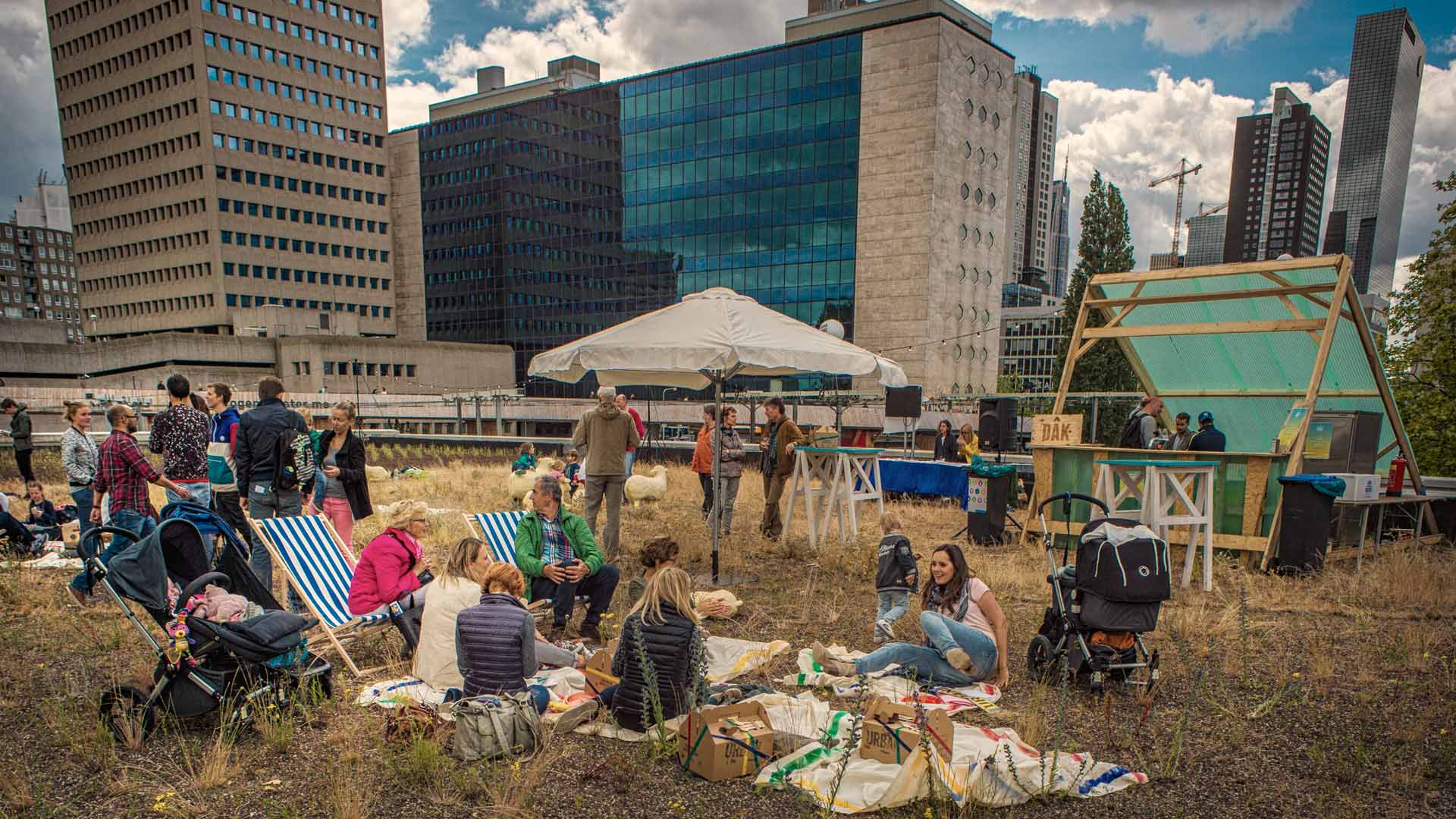 An additional impetus for the Hofplein Station is the connection from the head of the building with the Luchtsingel. This is a 360 meter long wooden footbridge that provides a new connection between Rotterdam Central Pompenburg, the Delft Gate Station and Hofplein. Public places along this Luchtsingel such as parks, shops and schools, are linked with the aim of making the area again alive. 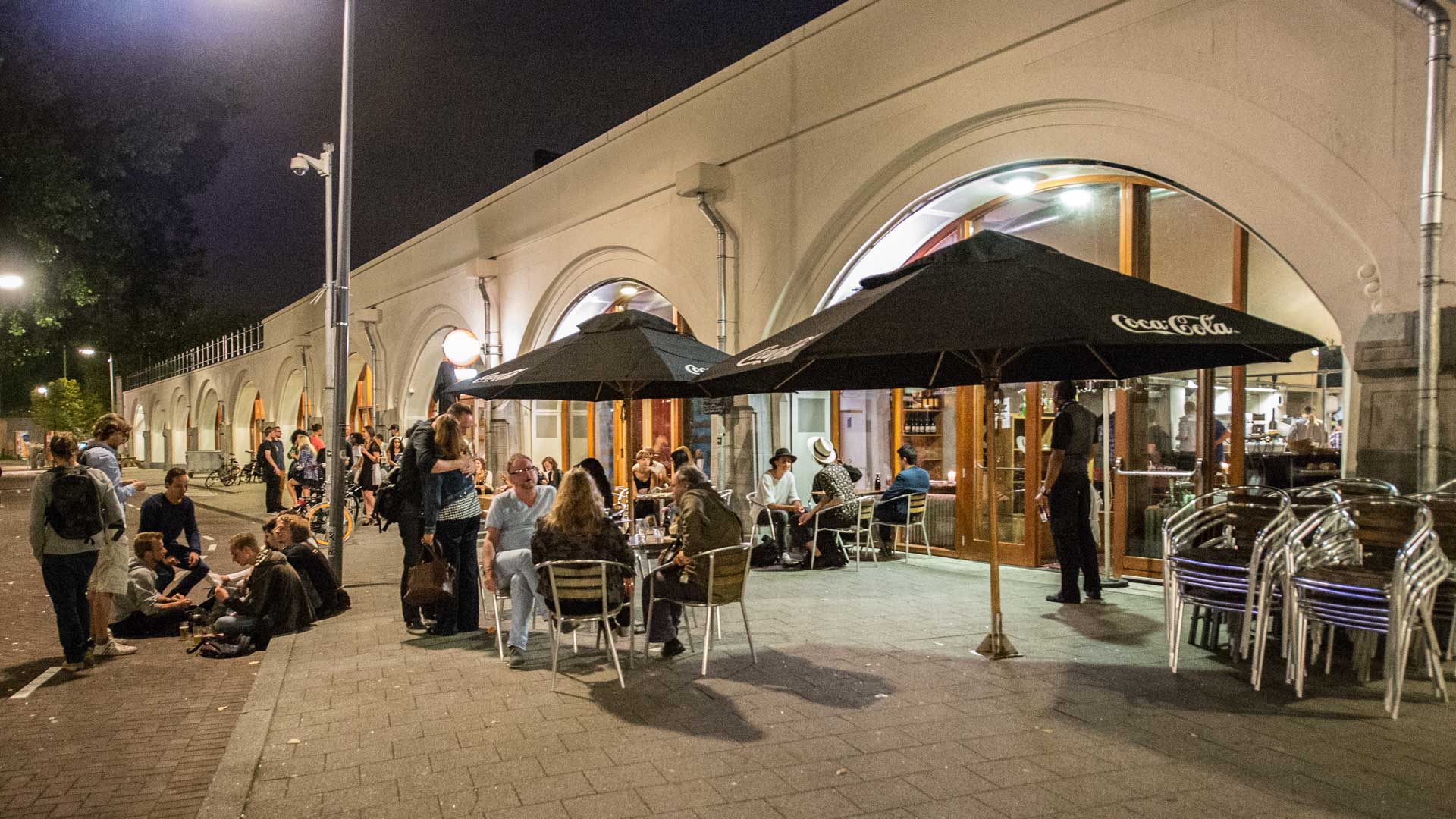 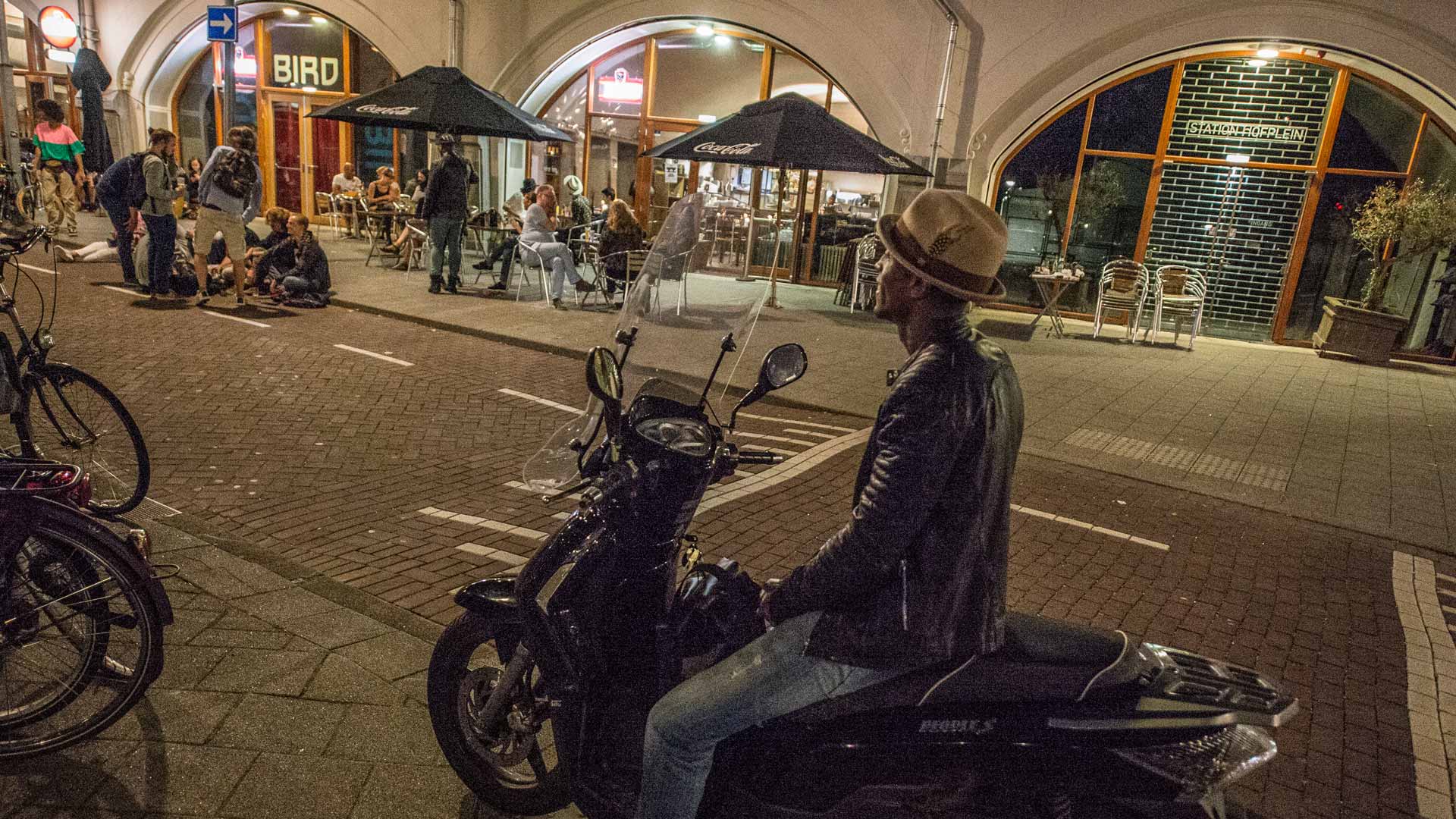 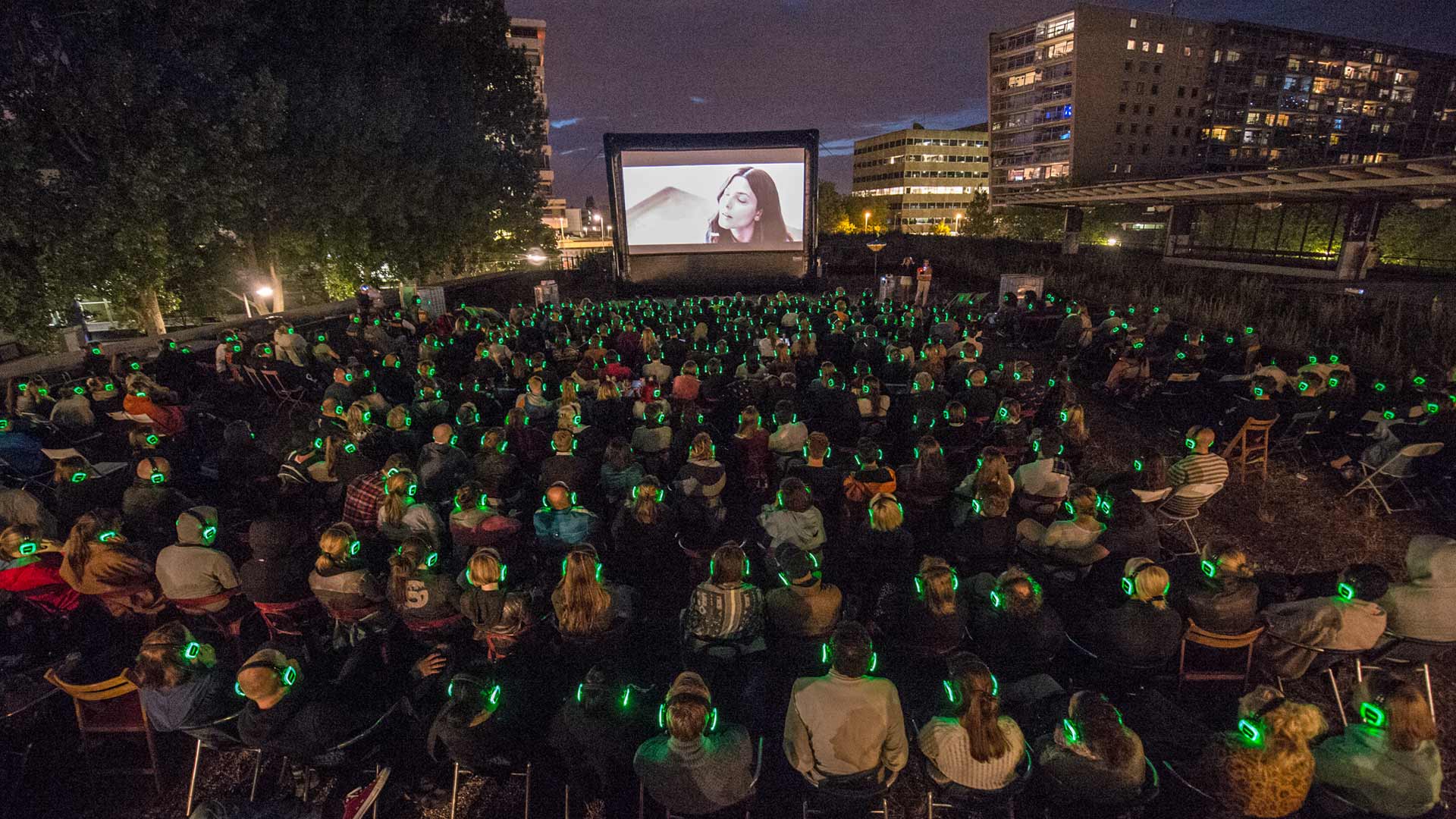