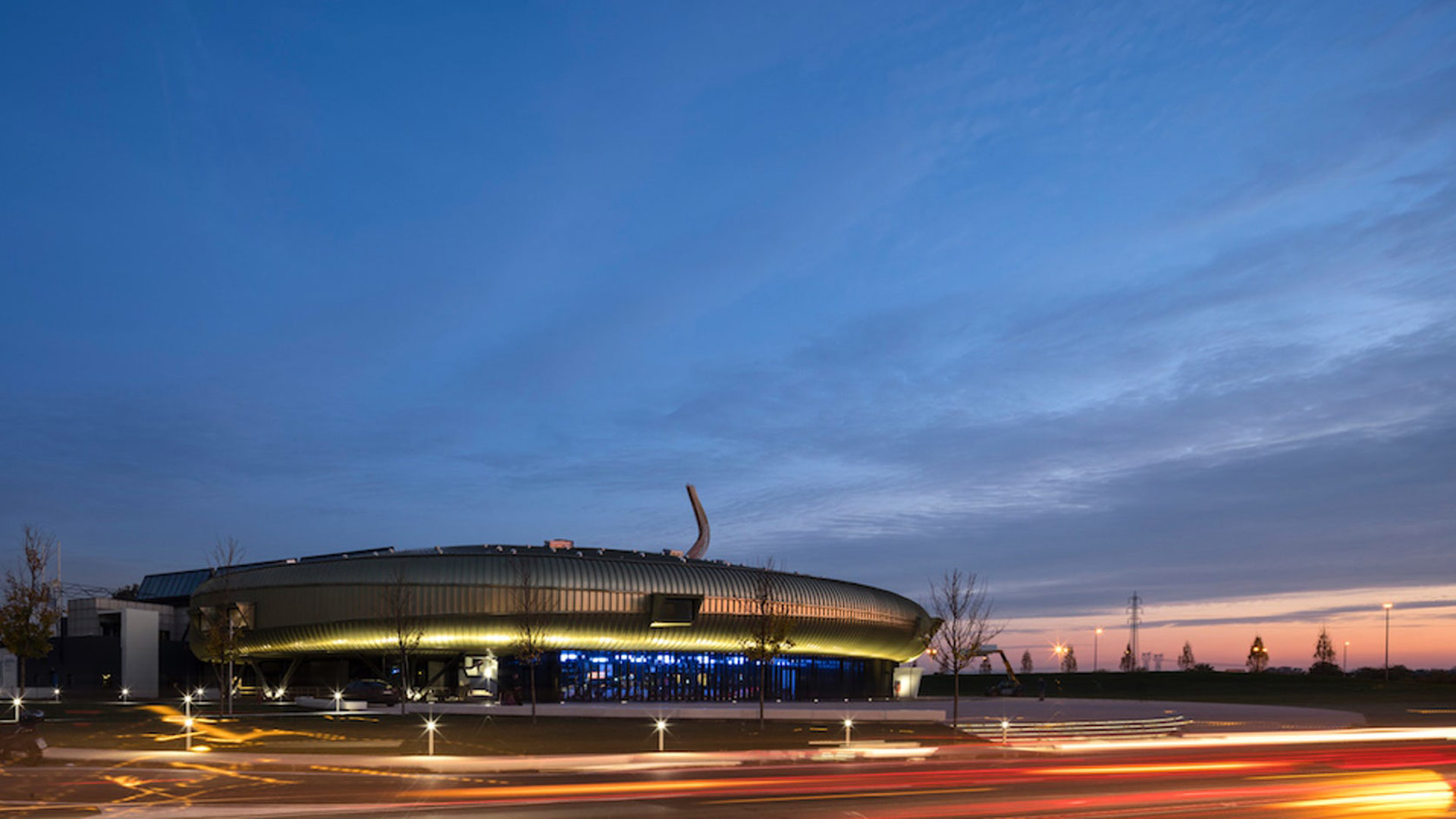 The ”Centro per l’ arte contemporanea Luigi Pecci” was opened in 1988 and donated to the church by Enrico Pecci of Prato, in memory of his deceased son. The museum is located on the outskirts of Prato, near the junction of the A11, a strategic spot. From the first floor one can see the skyline of Florence, the city of ancient culture and tourism. In Prato however two contradictory aspects predominate: the textile industry and modern art. 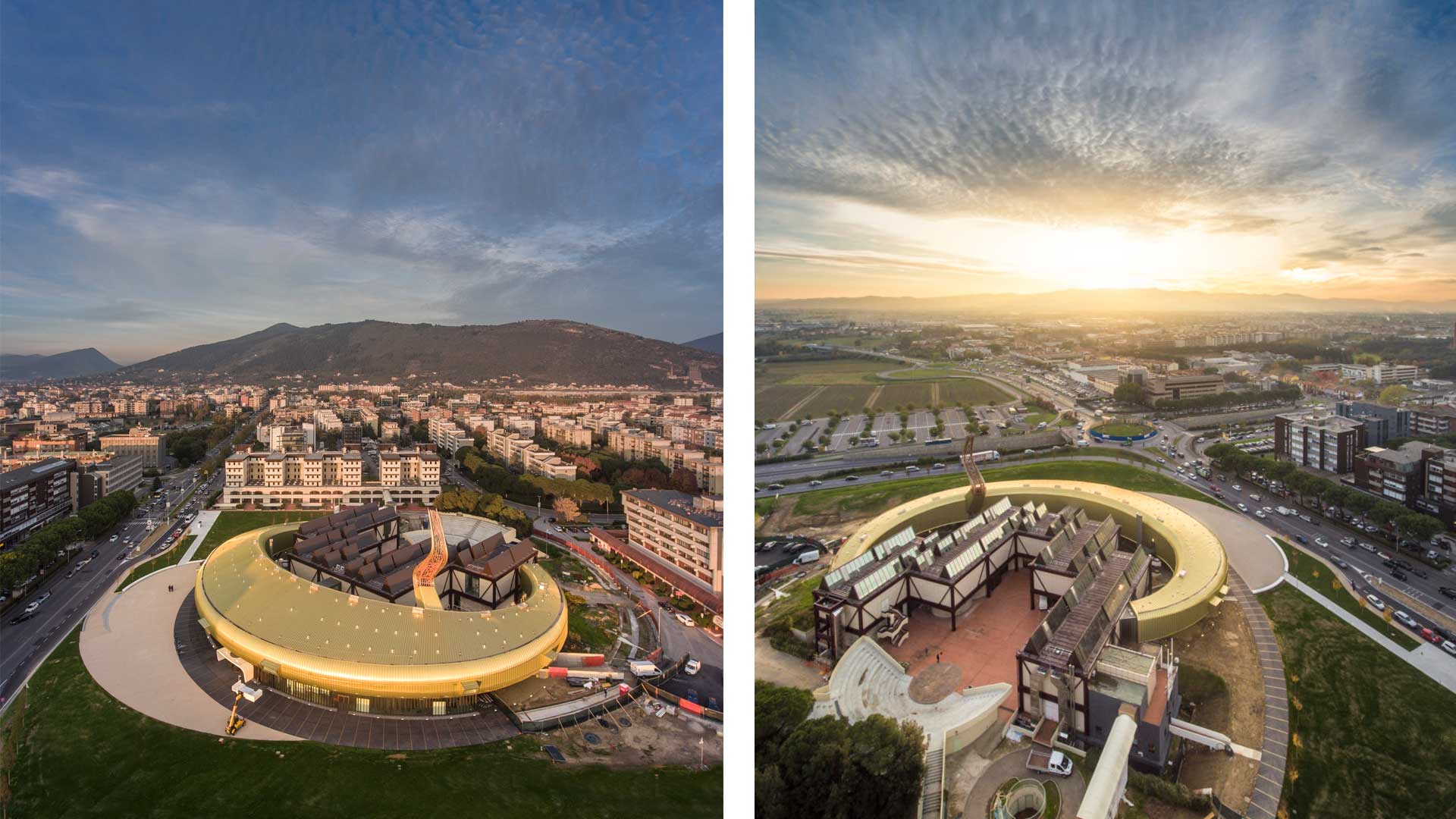 The art center is one of the few museums in Italy dedicated to contemporary art and possesses a magnificent collection which, because of a lack of exhibition space, was stored in various depots. In order to display these works of art, it was decided to double the exhibition area. 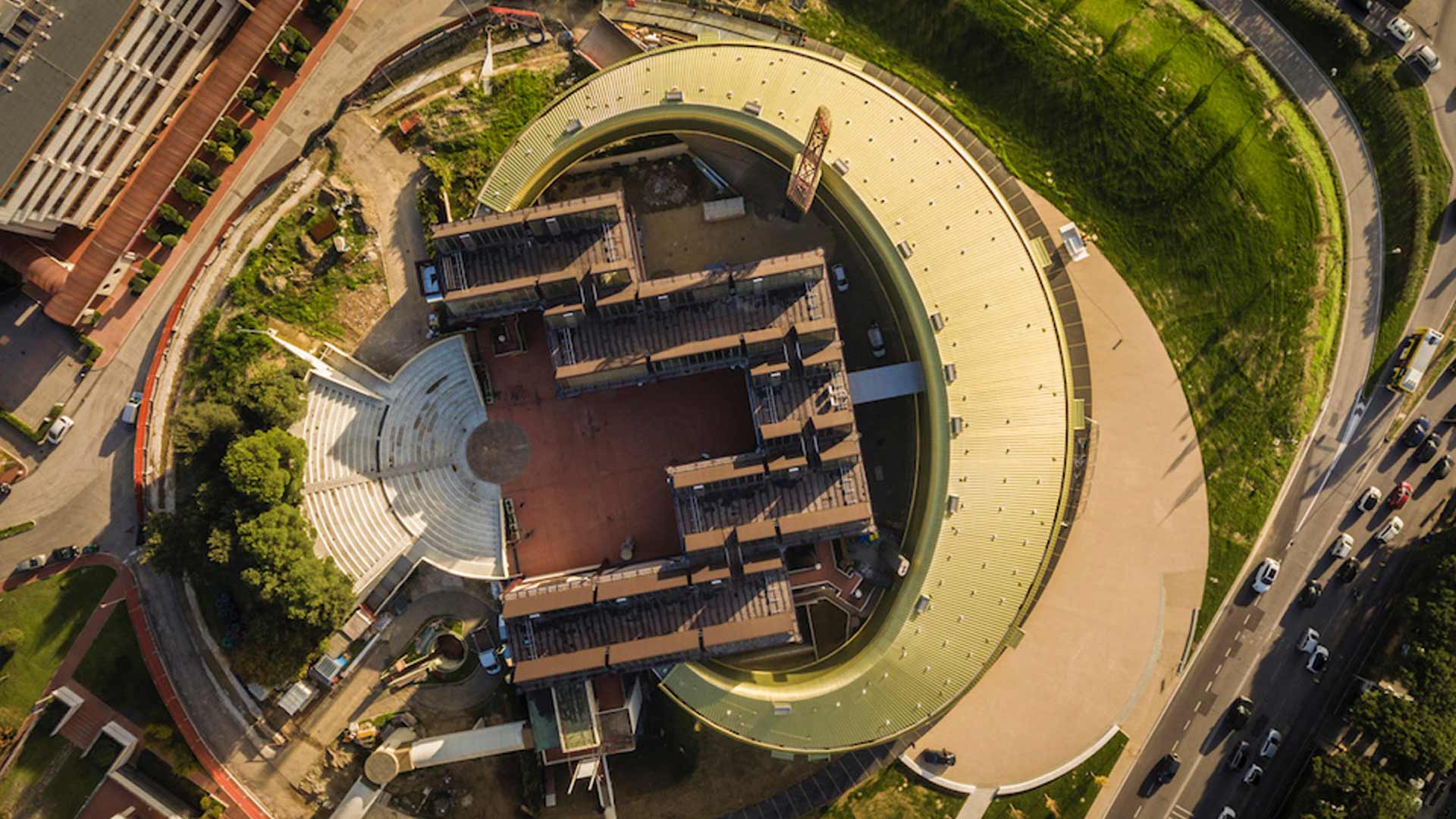 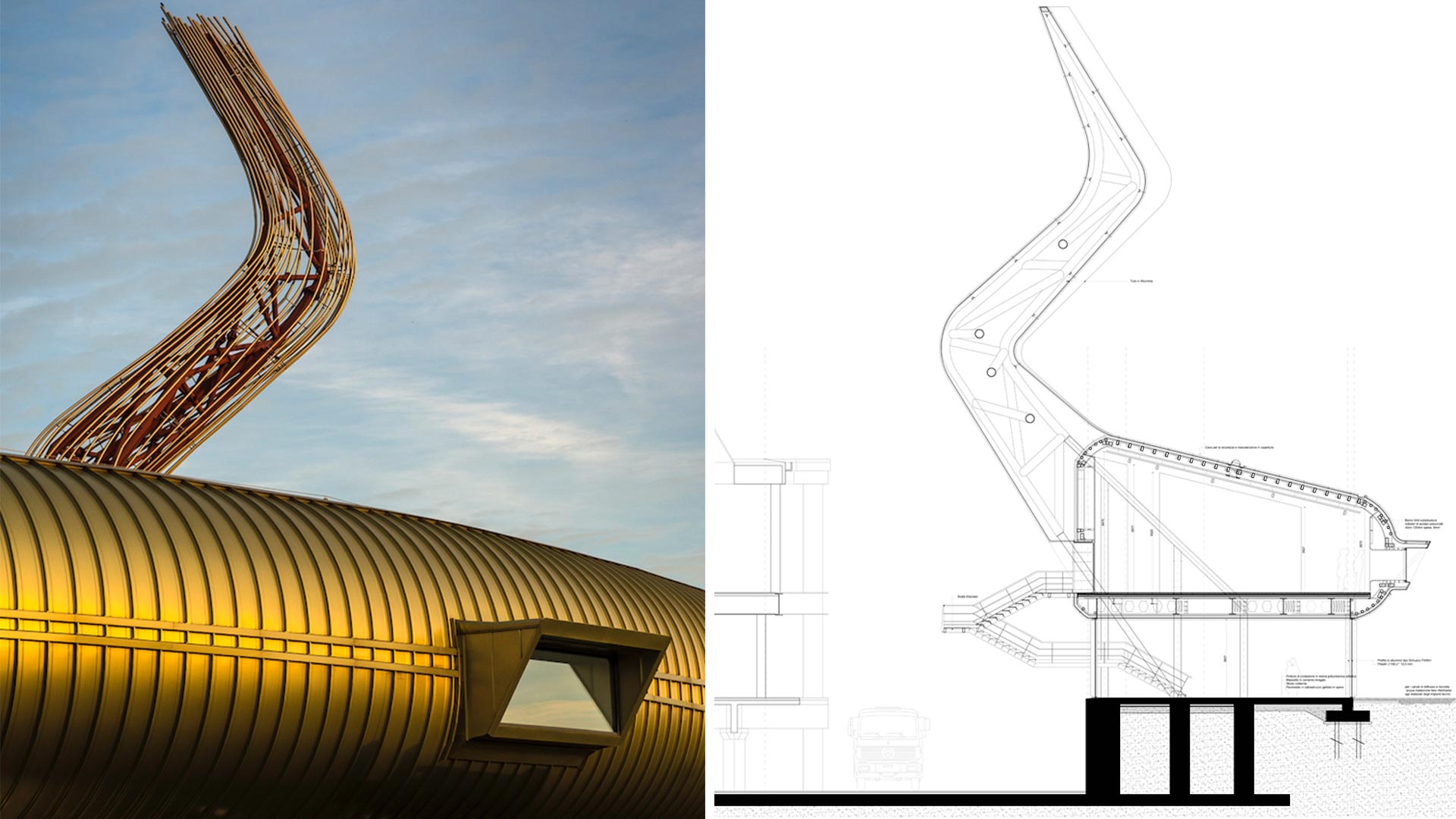 The expansion resolved two other major problems. One of them was that in order to view the collection visitors had to follow a linear route which necessitated backtracking. The other problem was that the entrance was hard to find. The first problem was solved by creating a circuit on the first floor, where all current exhibition halls are located, in such a manner that multiple routes can be followed. The second problem was solved by situating all public functions on the ground floor and placing the main entrance prominently on the street side. 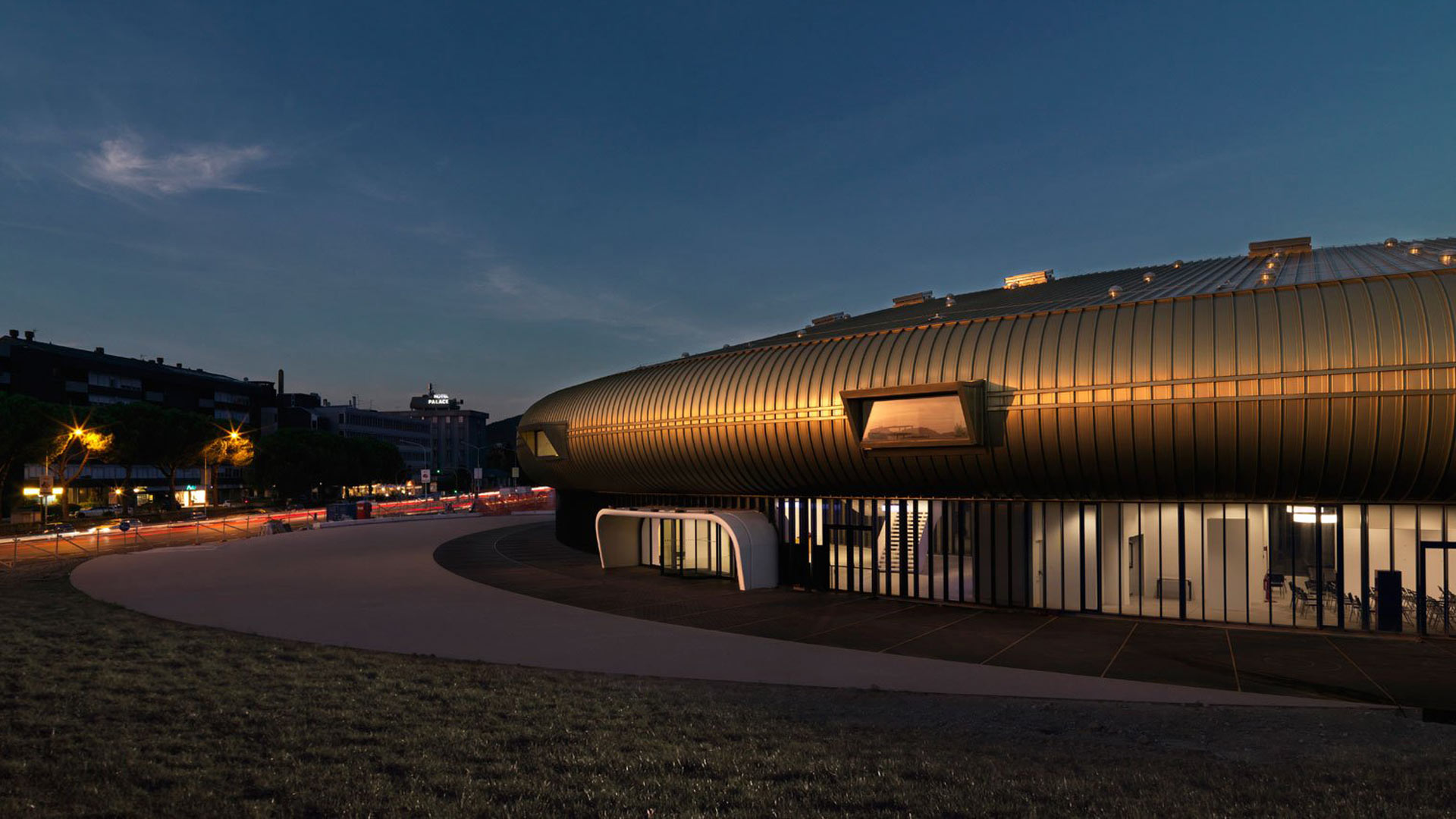 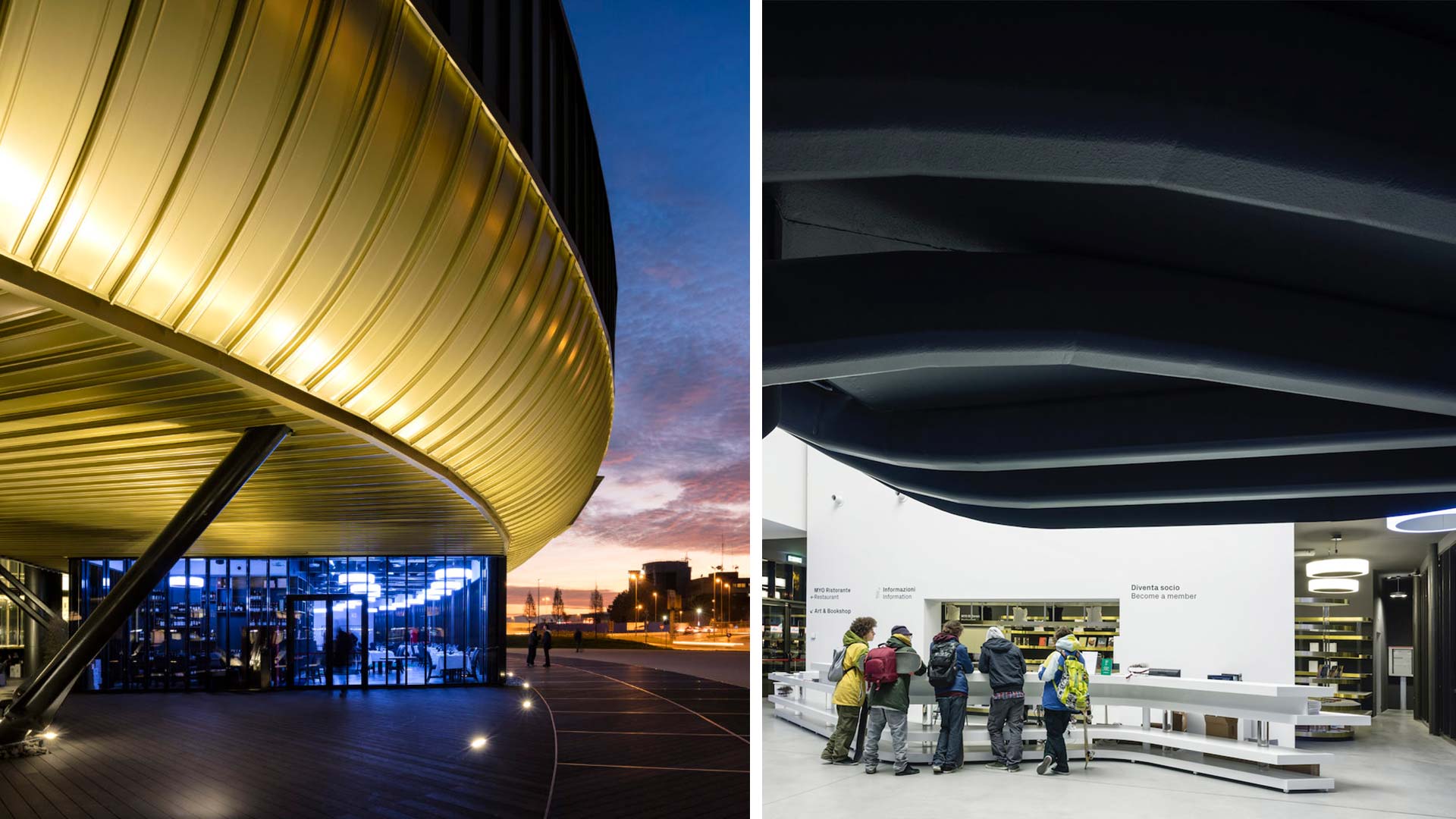 In contrast to the rather rigid, mechanical character of the existing museum building, which is inspired by the industrial textile halls of Prato, the new part looks elastic and ecstatic. It embraces the existing building and touches it only where necessary to enable the circuit to function. The considerable variation of the cross section of the exhibition floor creates spaces with different atmospheres – thereby allowing multiple exhibition possibilities. The tower looks like an antenna to the building. It acts as a landmark, but metaphorically it serves as a giant receiving instrument which gauges the cultural mood and seeks new trends for the museum. 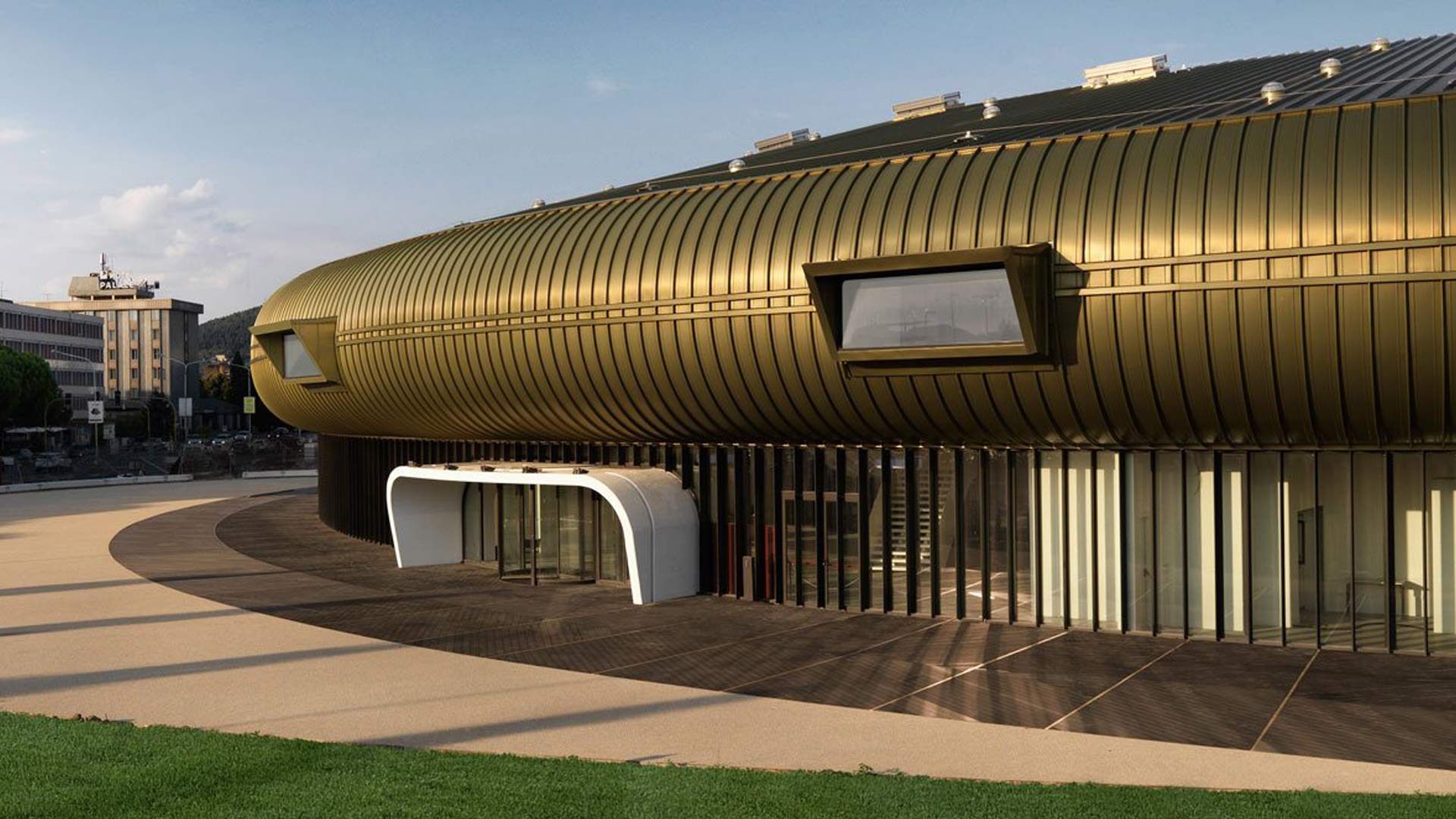 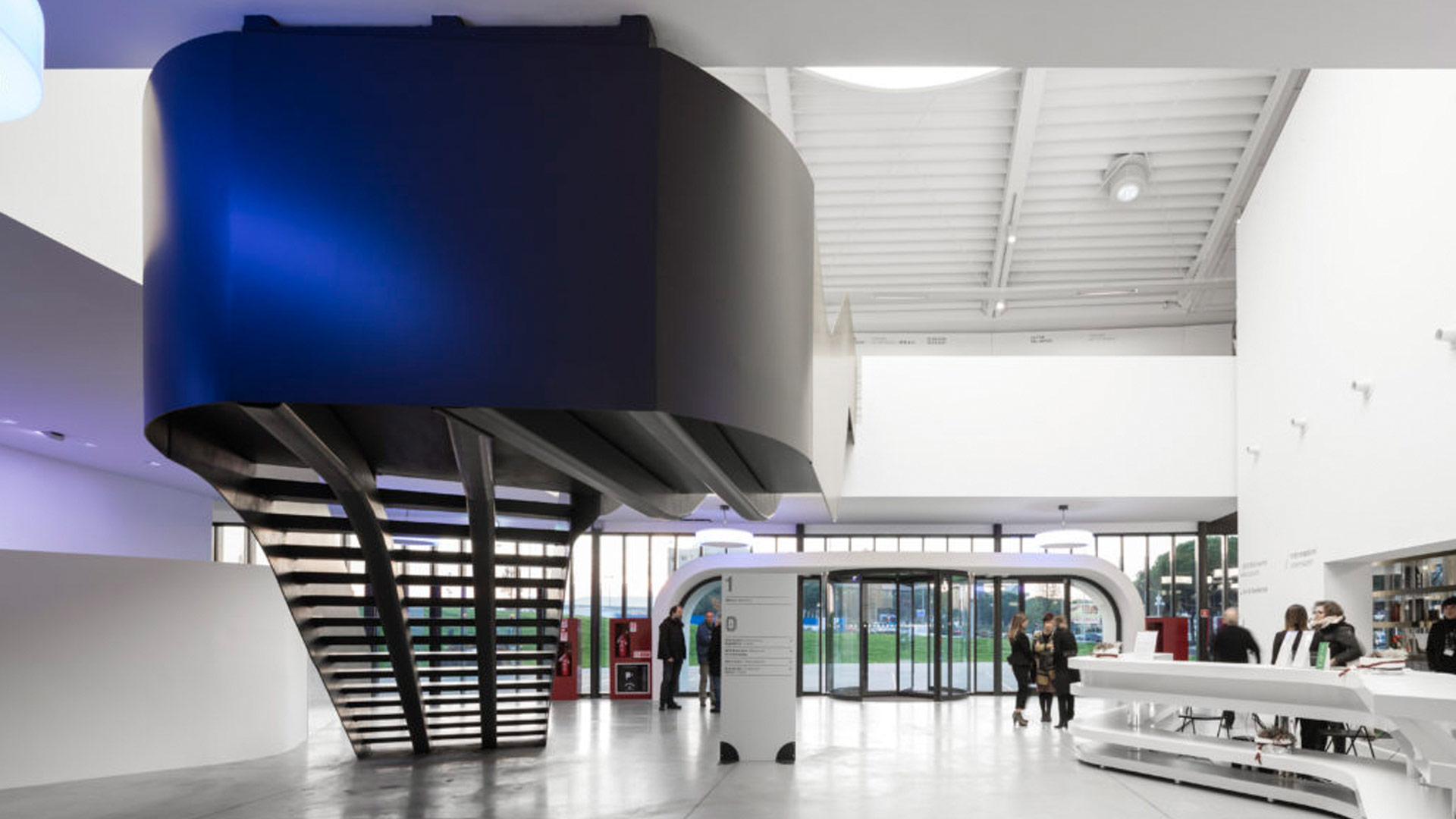 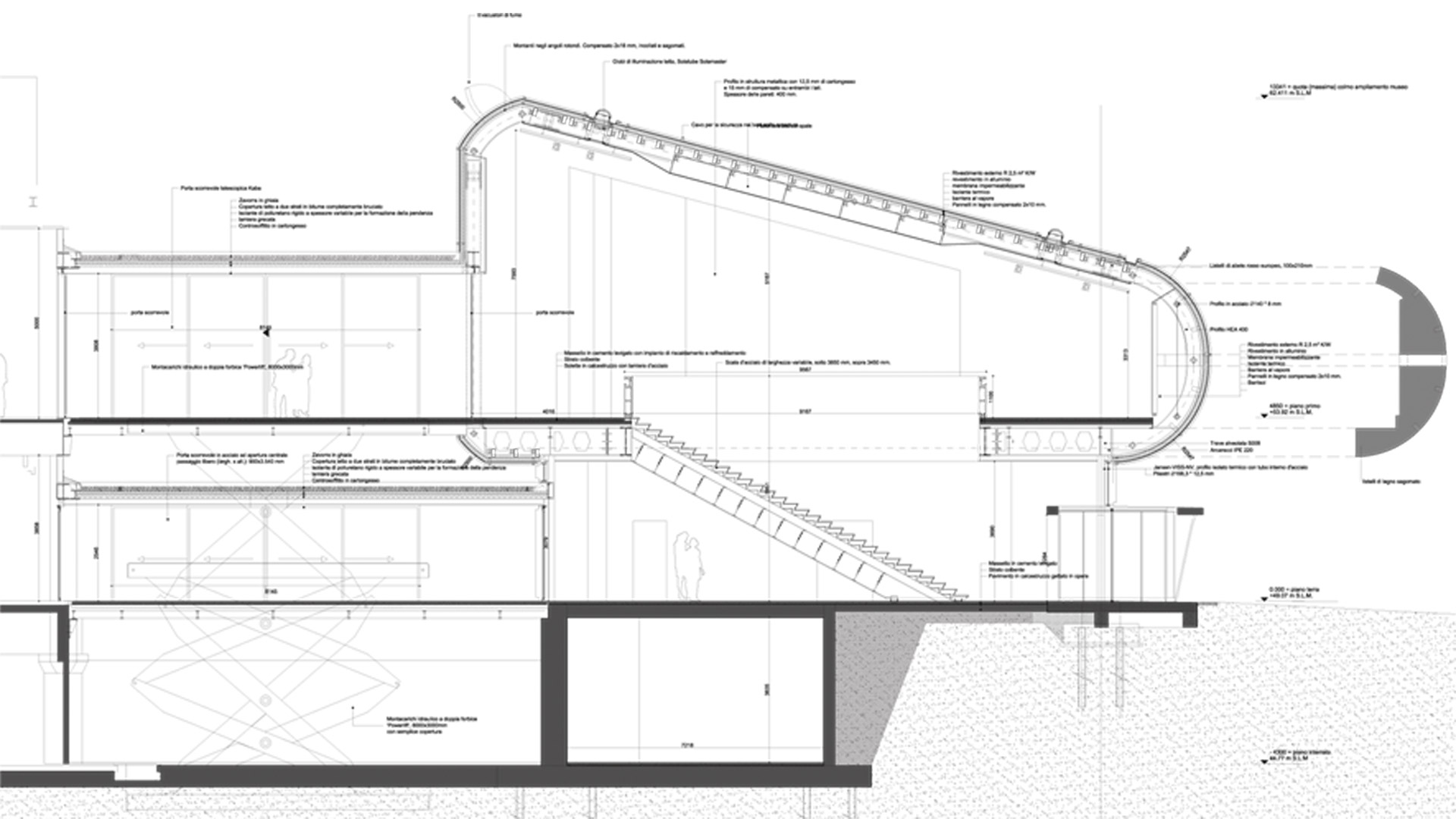 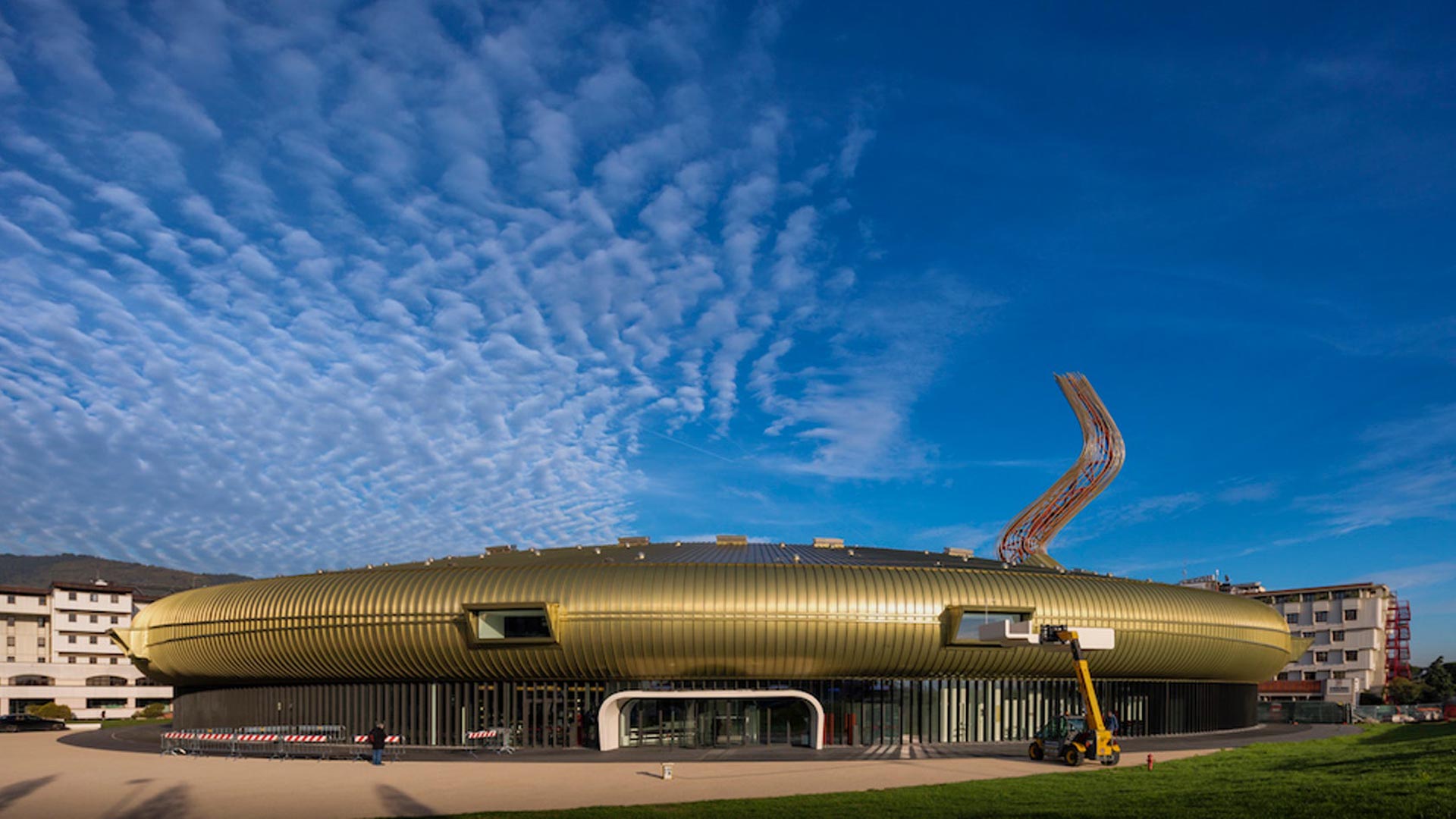 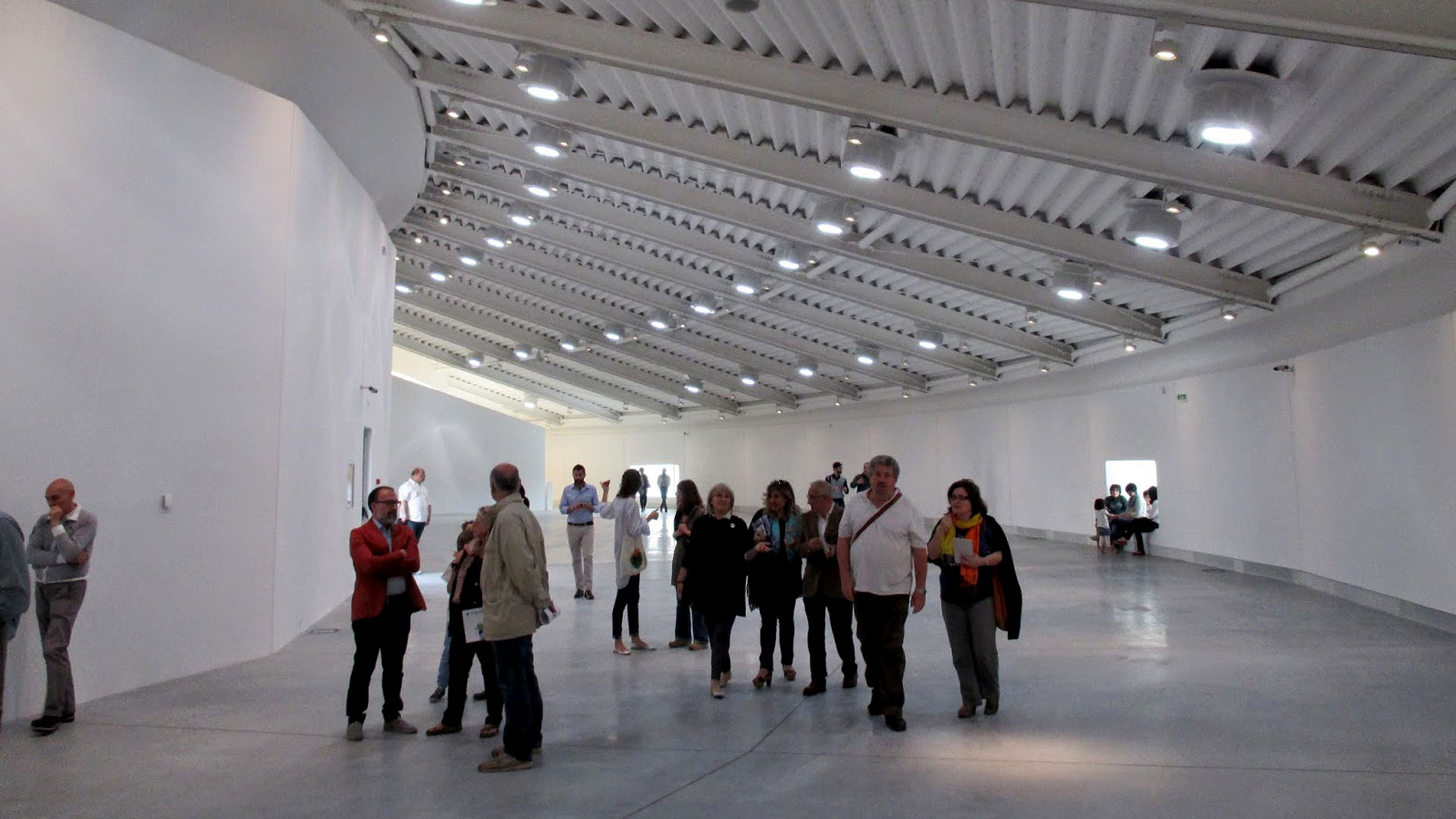 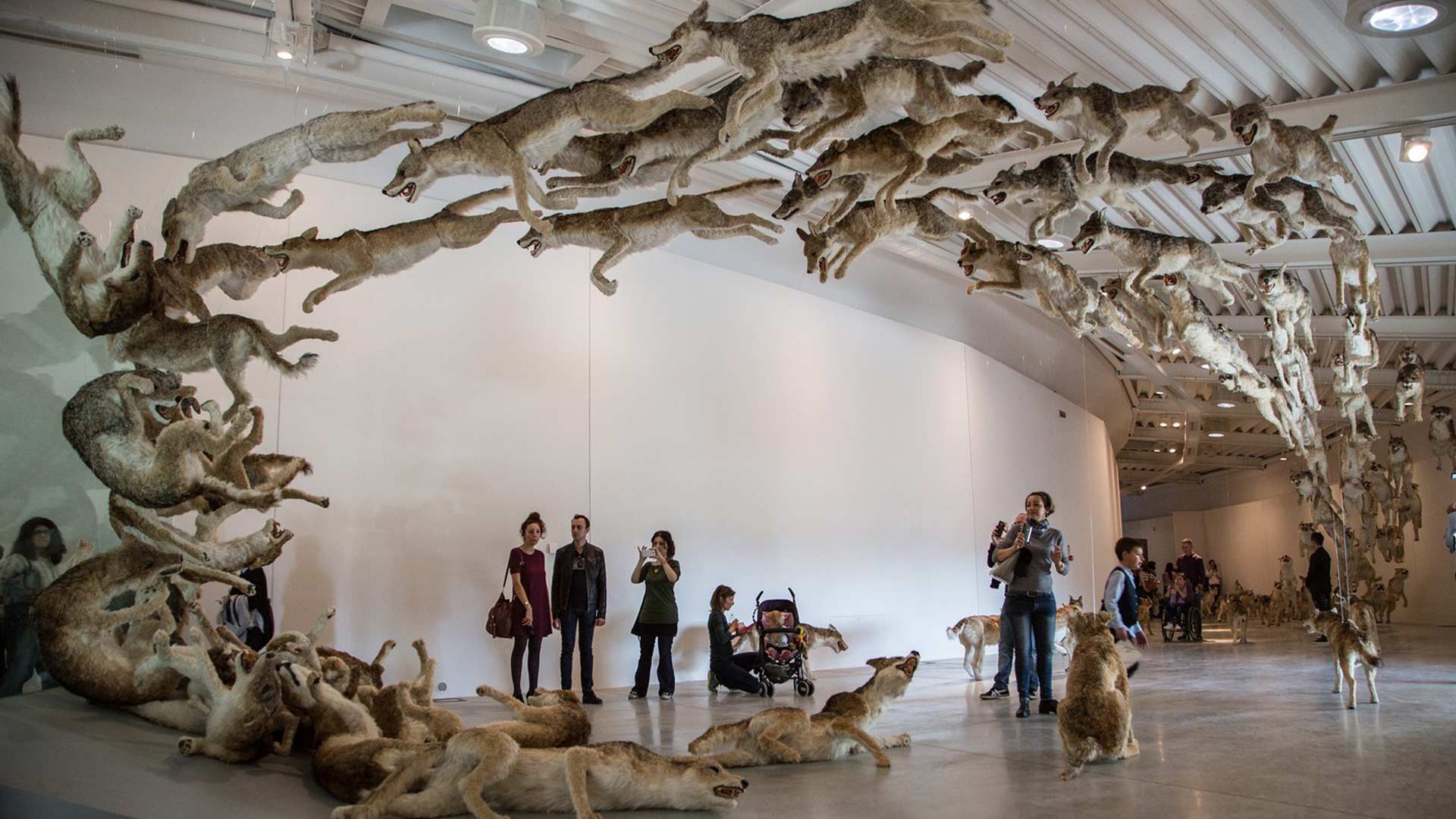 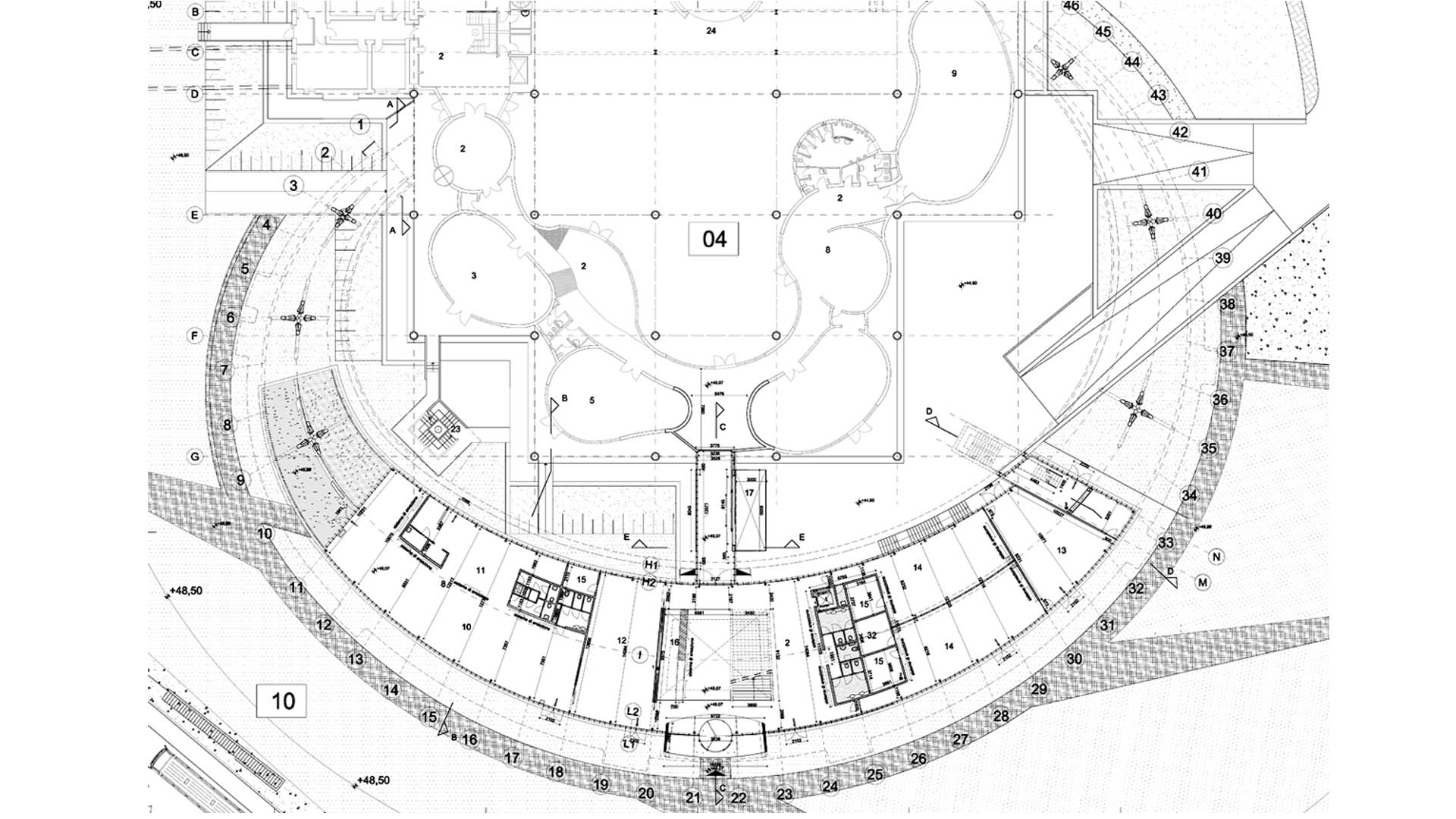