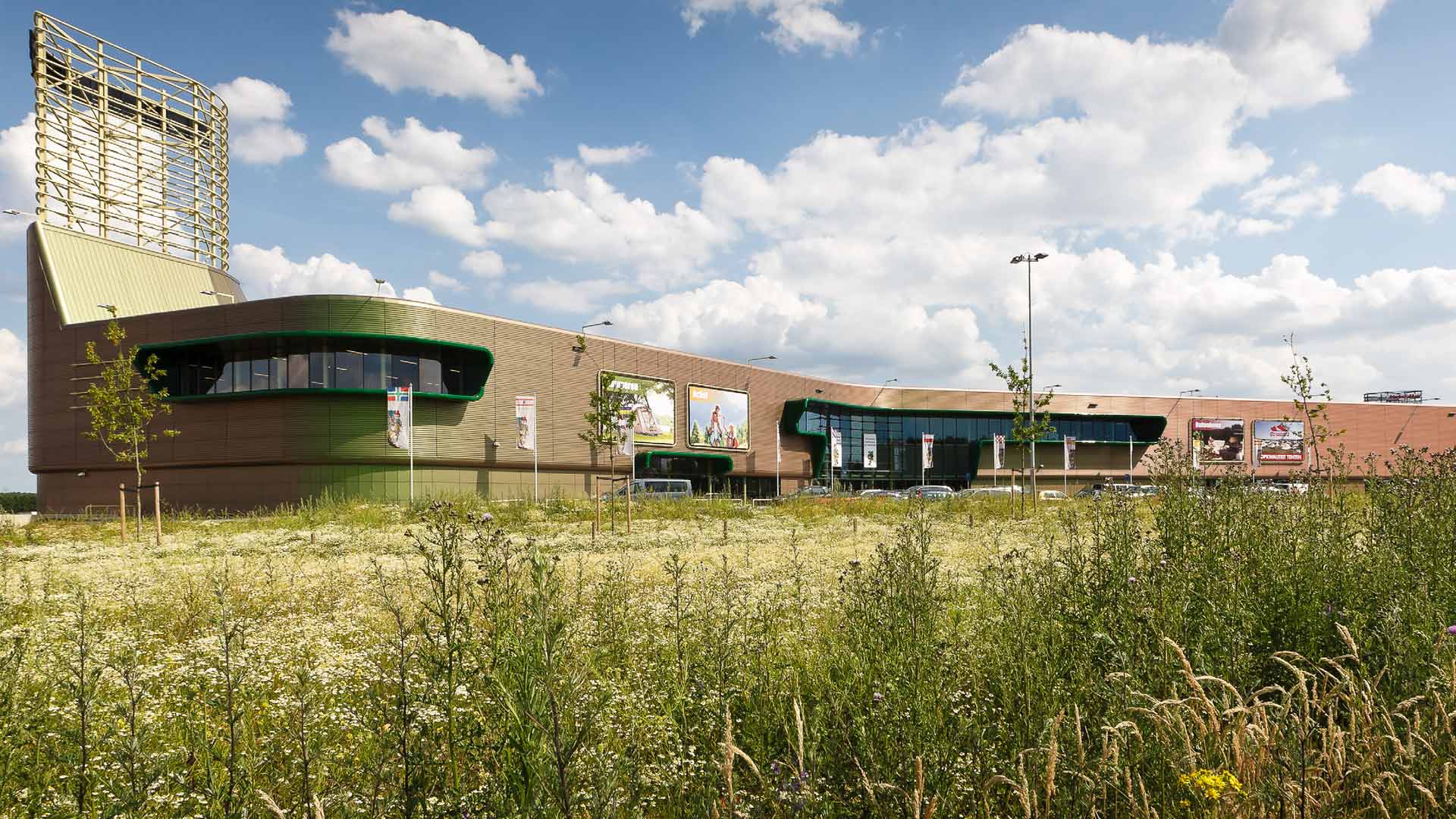 Until recently shopping areas were located exclusively in Dutch city centres. However, in the last couple of years shops have sprung up in compact clusters at the cities’ periphery. On the outskirts of Roermond the Wirosingel Outdoor Centre has been built next to the existing retail centre, Betty Blue. In a compact setting the public undergoes a new experience: the buildings’ facades are coated in reflective paint while inside this new experience is continued as the customer finds stores devoted to specific items for camping, outdoor activities and winter sports. This creates a special interaction between shops and customers. 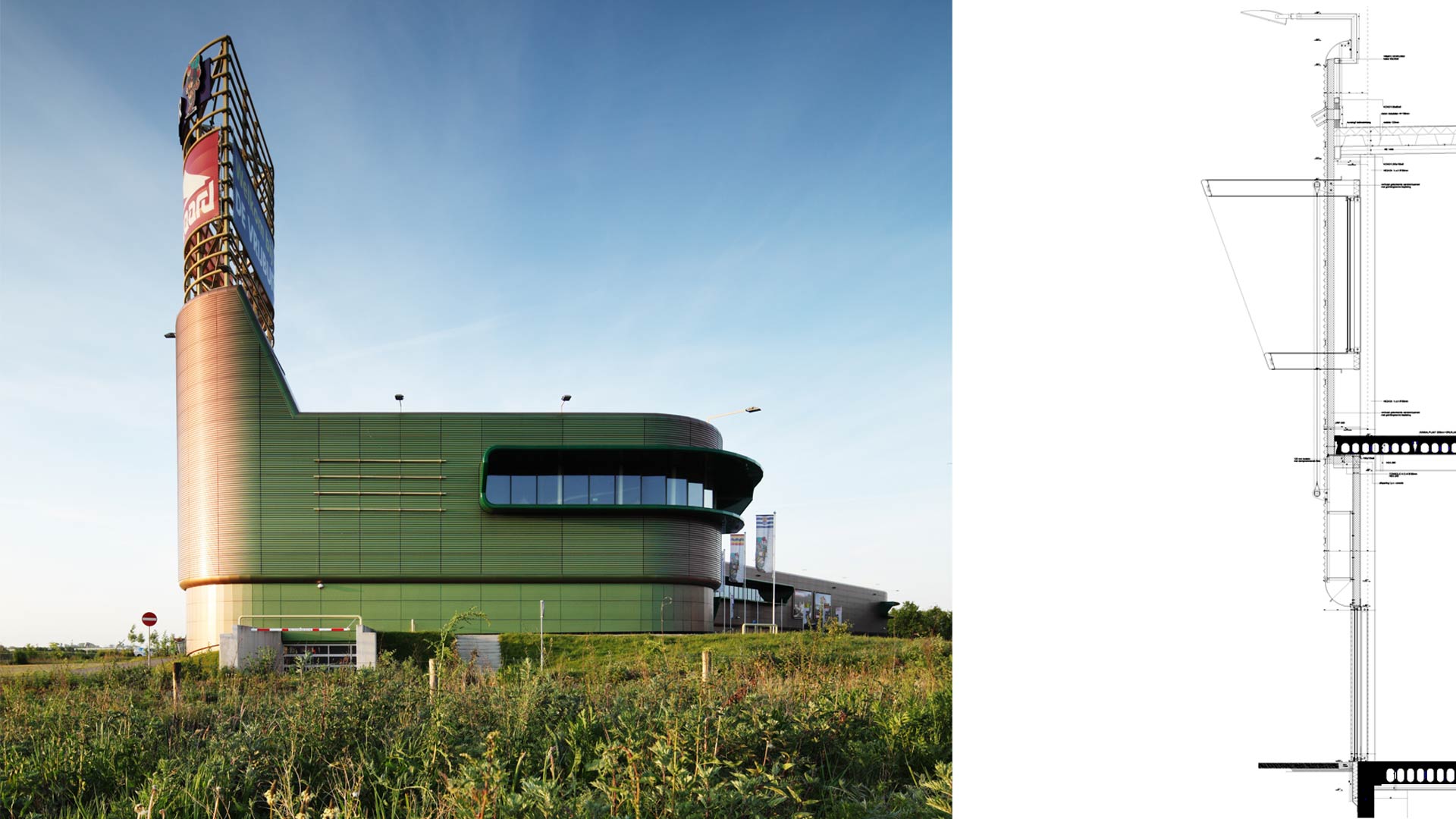 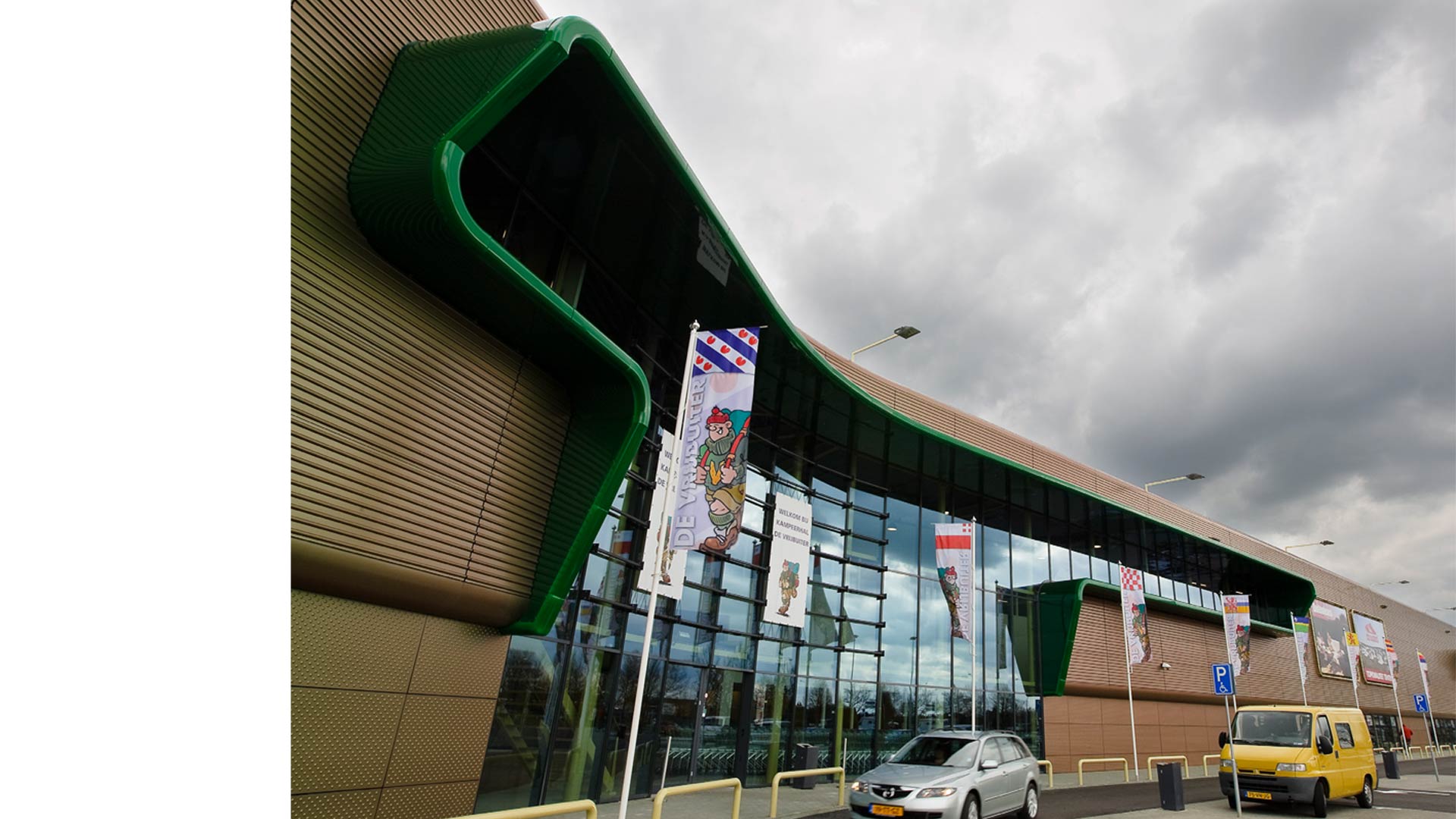 The homogeneous range of products found in this shopping mall is contrasted with the variety of shapes and colours of the building itself which is sometimes straight, sometimes round, green at one side and orange at the other. The entire edifice has its own character: facade openings, billboards, light poles, trash receptacles, bicycle storage and road markings form a joint composition. 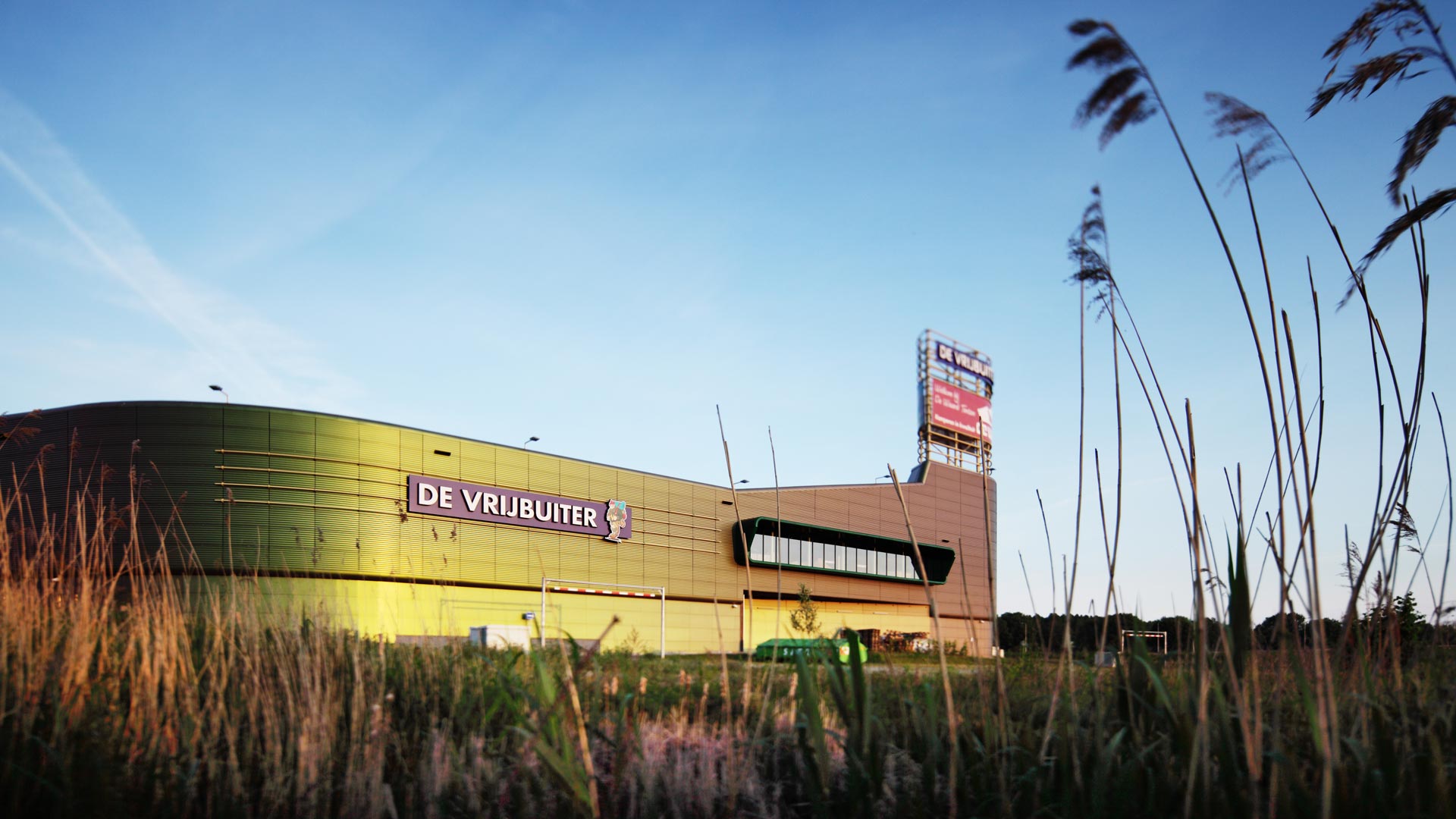 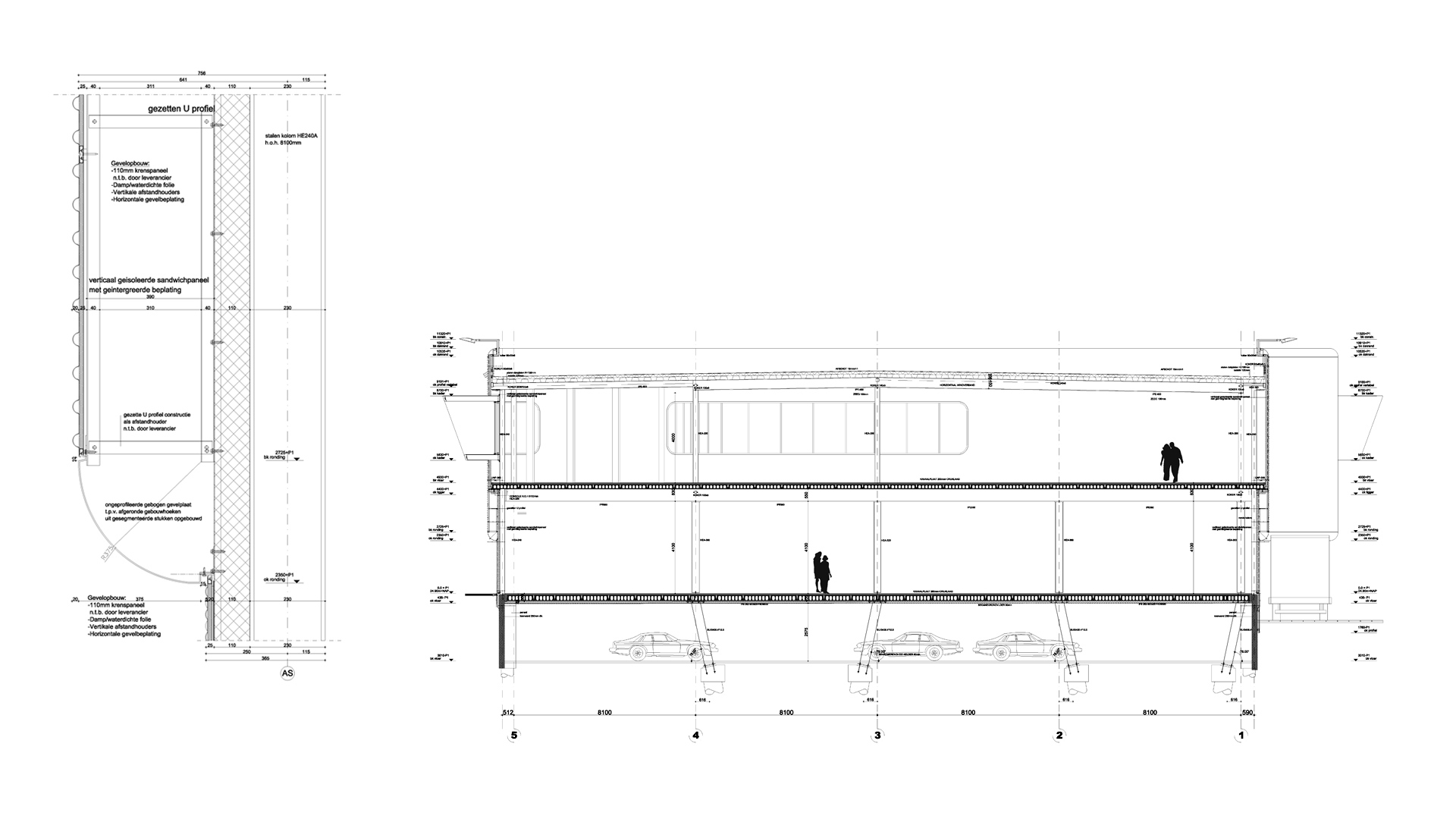 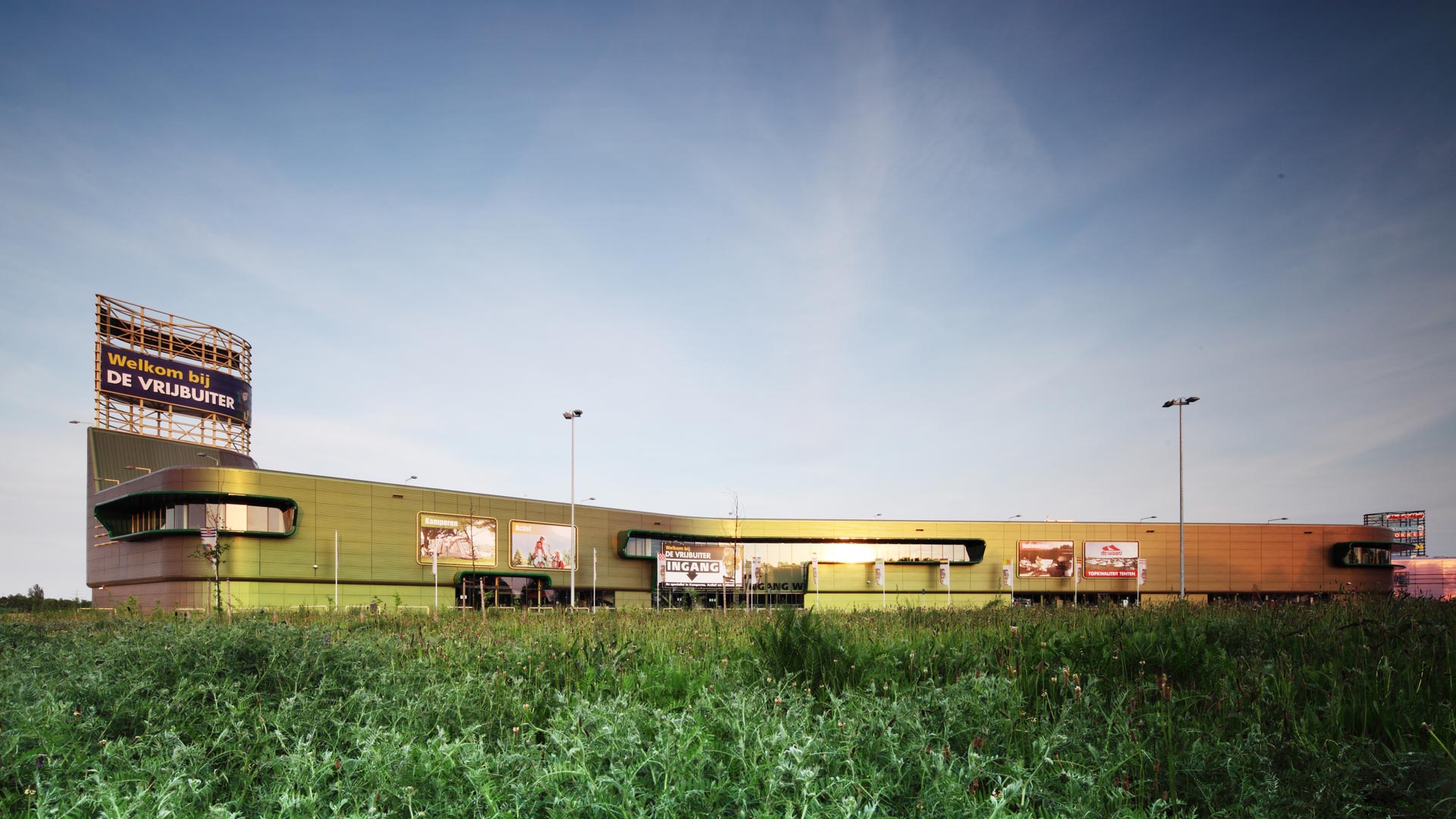 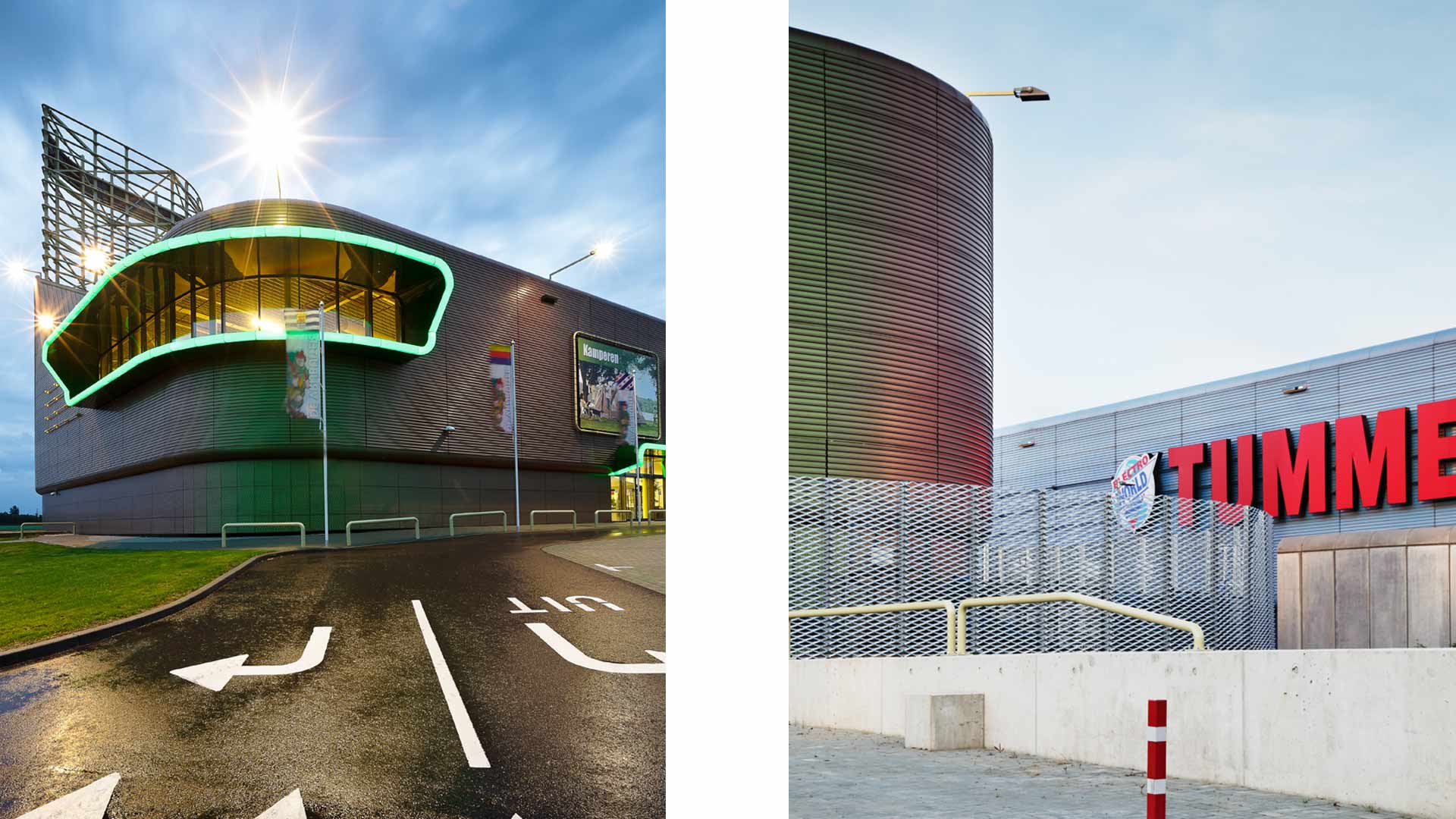 The assignment was to create an exclusive design at a relatively low cost. This is achieved thanks to an efficient modular construction system. Whereas modular systems typically result in obviously-predictable forms, we managed within the regime of repetitive facade elements to create different façade openings so that there seems to be a larger variety of windows and entrance doors than one would have expected. Despite the choice of a directionless grid system of 8.10 to 8.10 meters, we designed not a bland building but rather one in which deviations and exceptions are discernible. 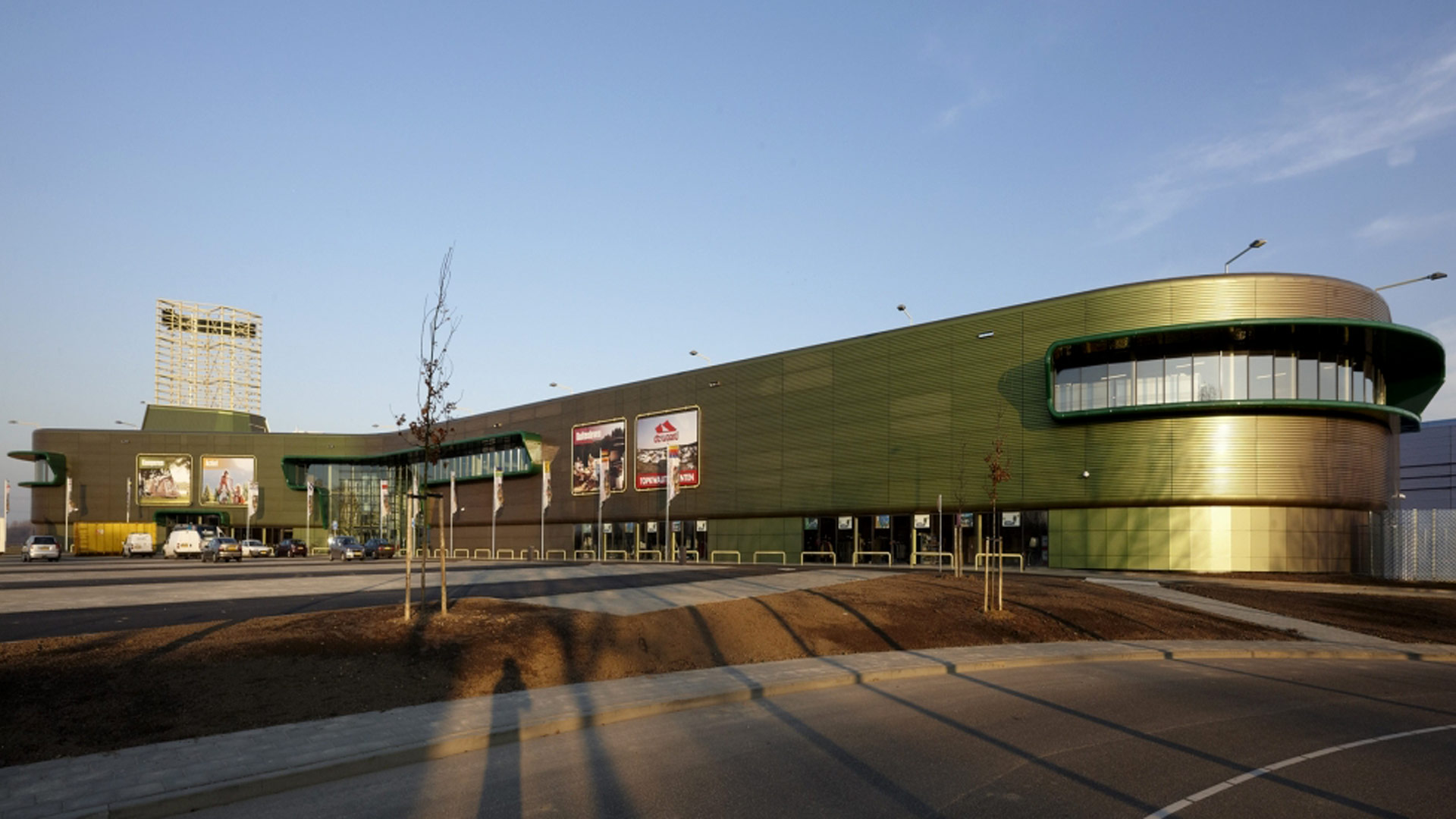 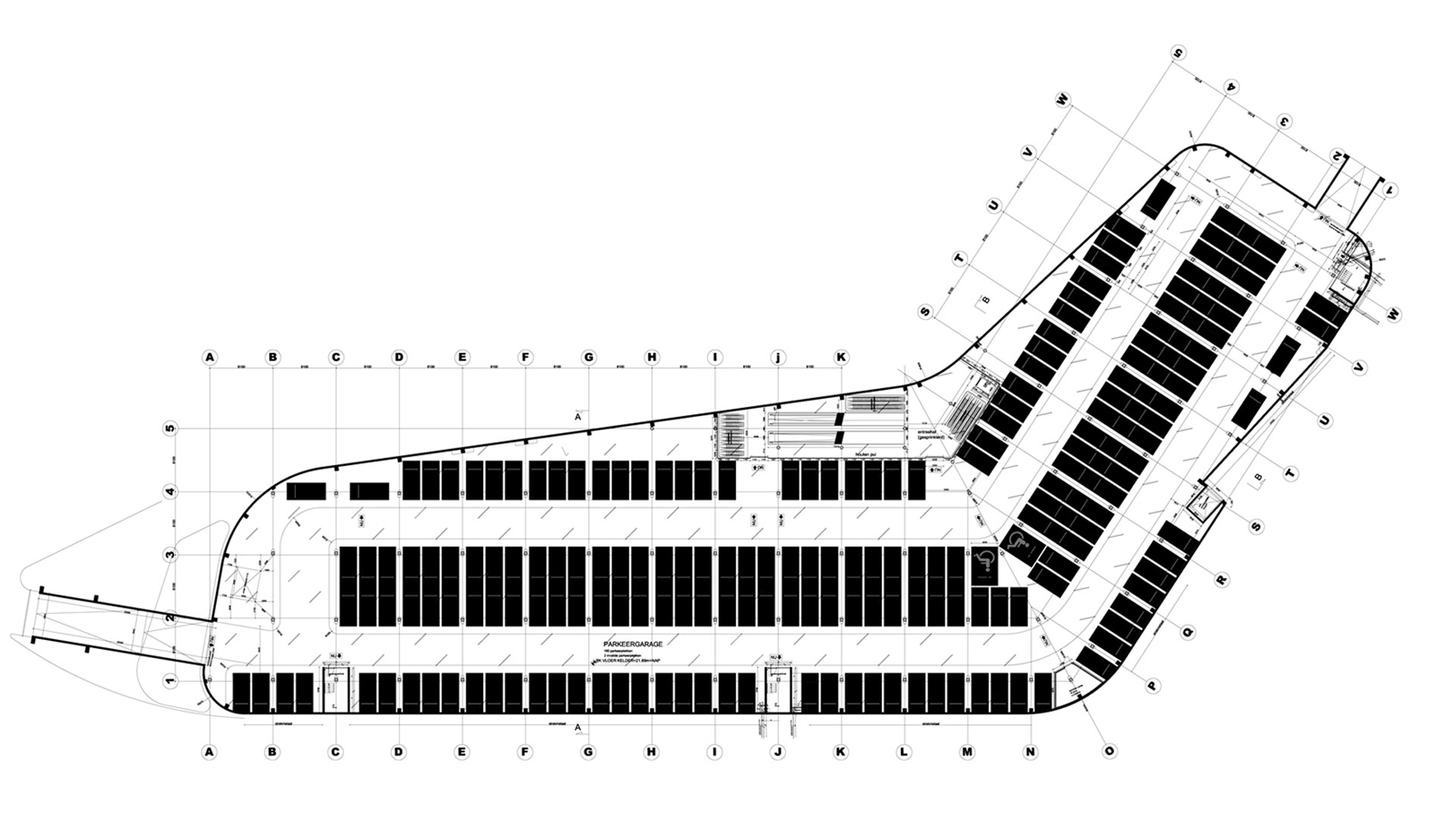 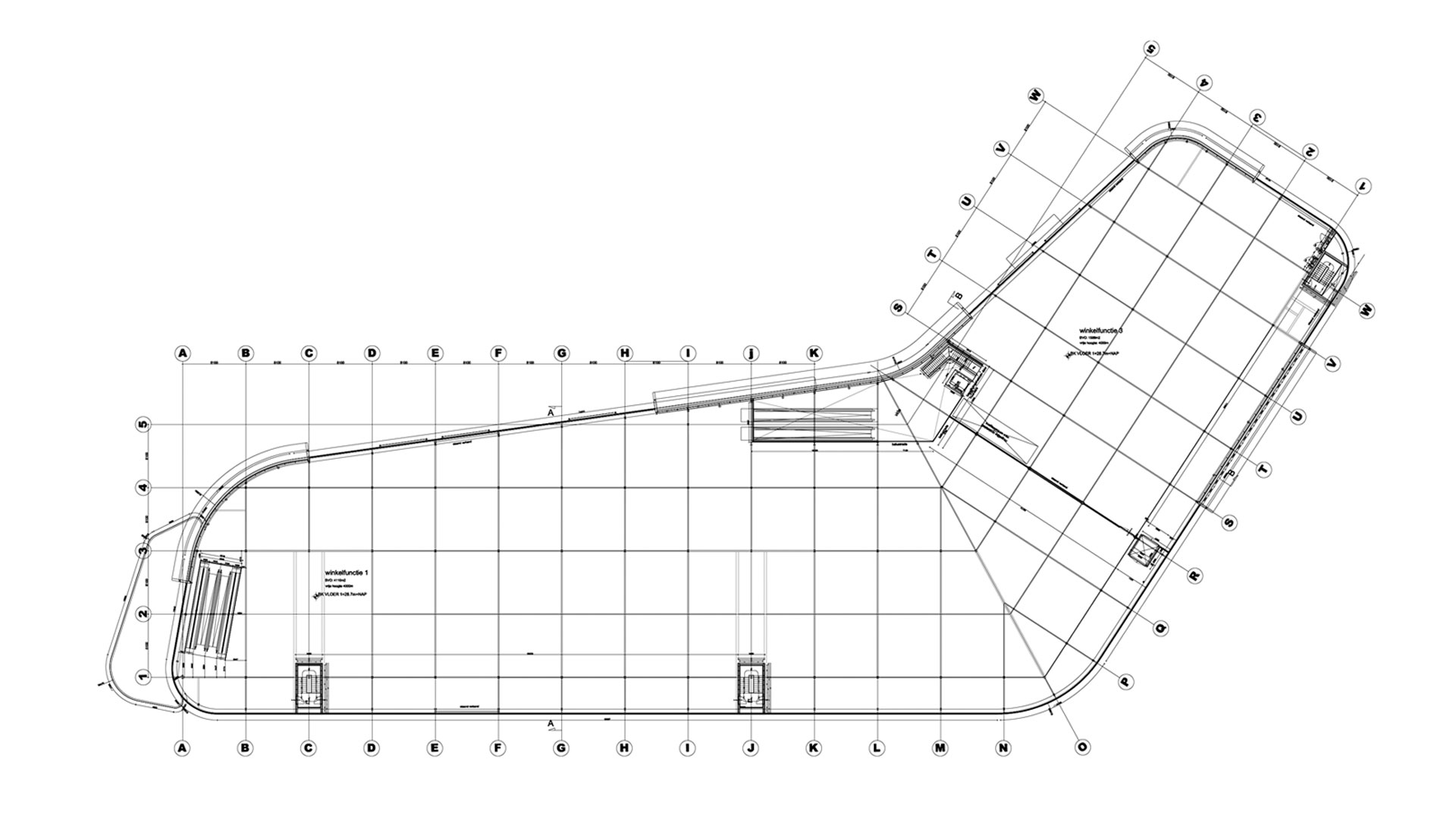