Redesign of a residence 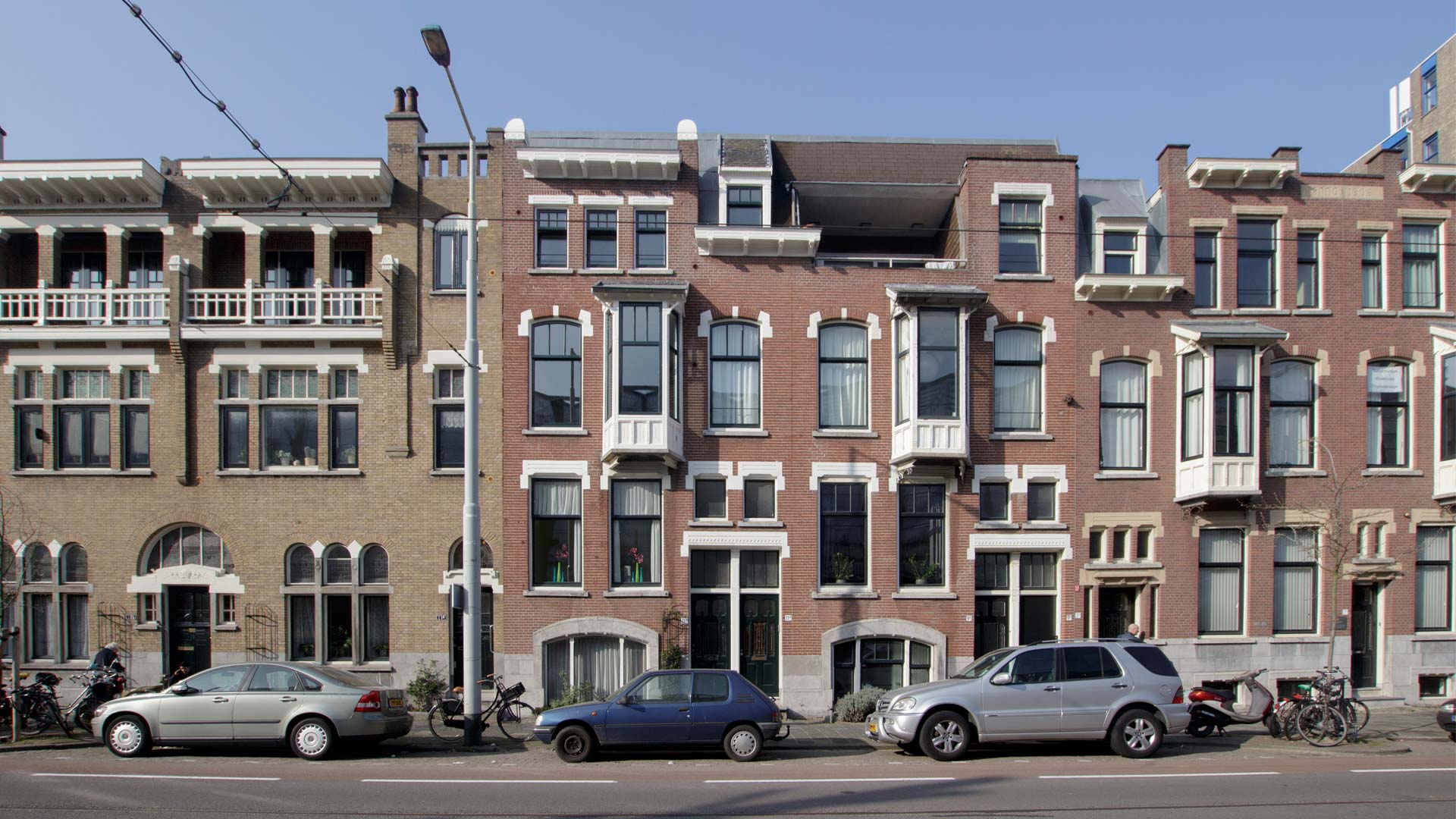 Over the years an urban façade has taken form next to the Rotterdam Central Station at the Stationssingel. Around 1905, several four-storey buildings were built, and they characteristically exhibit a clear distinction between the public front façade and the private rear facade. The facade at the street side is mostly opaque with small windows set in a rhythmic pattern. In contrast, the rear is transparent and opens to the outdoor space and greenery. Today most of the buildings are divided into upper and lower apartments as was also the case with the Casa C building which needed renovation and a new design. 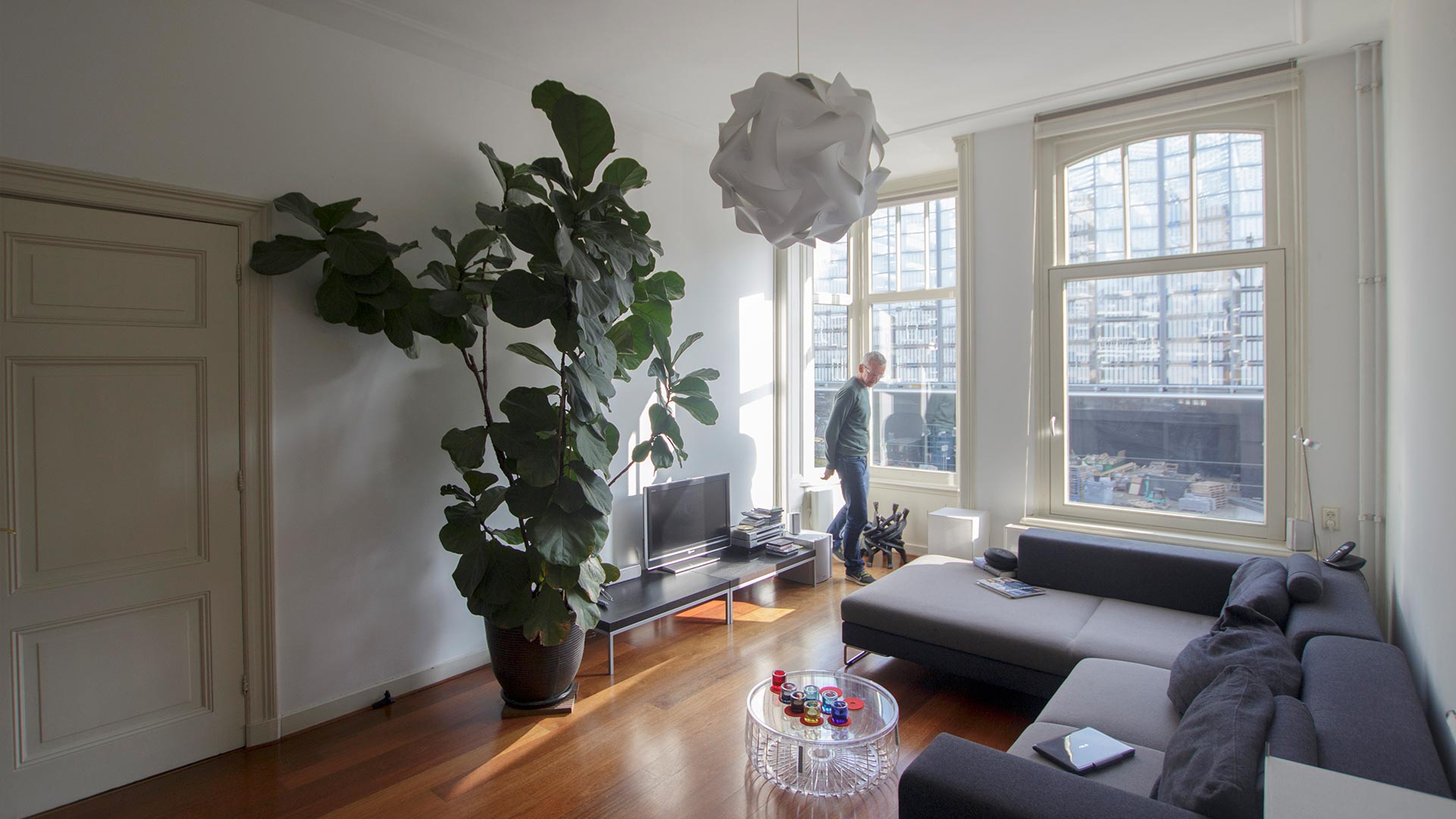 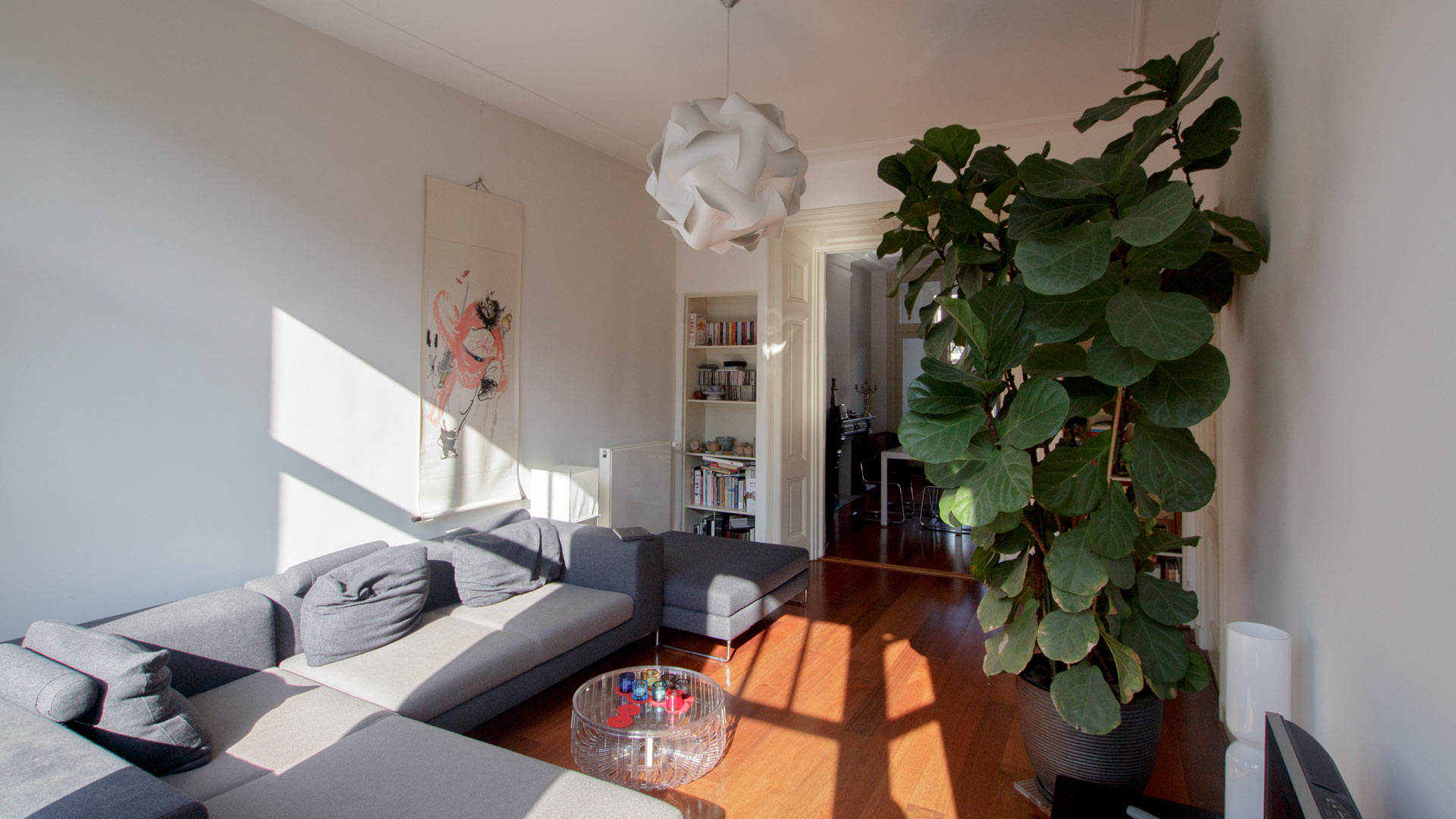 The assignment was to bring a structure to these two layers on the basis of a new set of requirements and utilizing the existing utilities. Orientation and placement of the functions were essential for the design. Acoustically and in terms of natural light, there was a big difference between the front and the rear side of the building. Clear traces of previous occupants were visible – there were kitchens upstairs and down as well as bathrooms, many small bedrooms and studies. These were demolished, and the existing electricity and water facilities were partially replaced and repaired in accordance with the new rules and regulations governing residences. 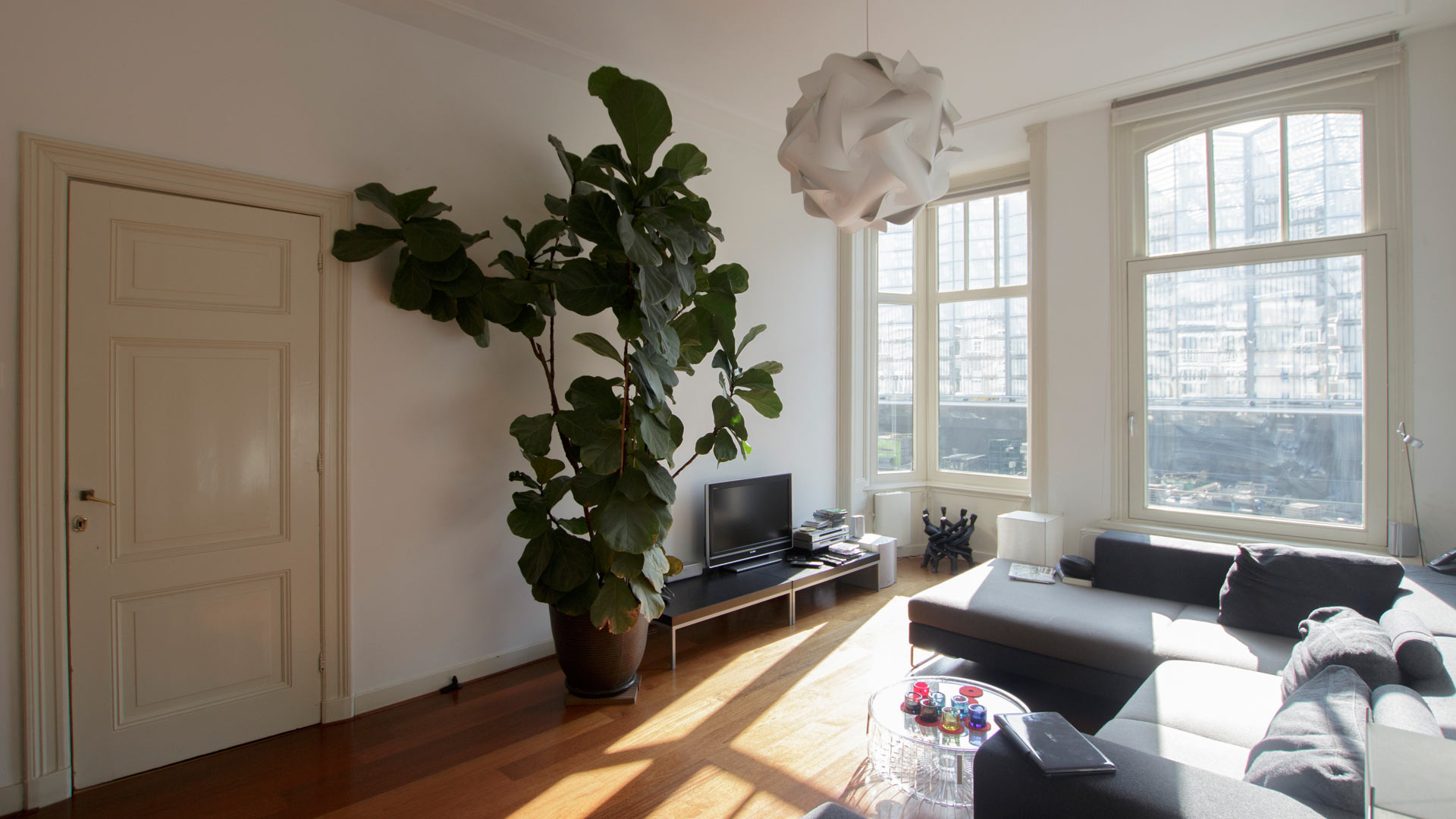 The existing stairway has become part of the living space rather than solely a connecting element between two floors. So too, the corridor space has become more functional and is used more intensively. Outdoor space at the rear of both floors is now utilized; on the main floor a conservatory has been added and is connected both to the outside and to the dining room and the kitchen by French doors. The bedroom floor also has sliding doors to the outside. Here one assumes a holiday feeling when stepping from bed to balcony to enjoy the sun.
The house has a living room, dining room, kitchen, conservatory, two toilets, two bedrooms, a bathroom and two storage rooms. 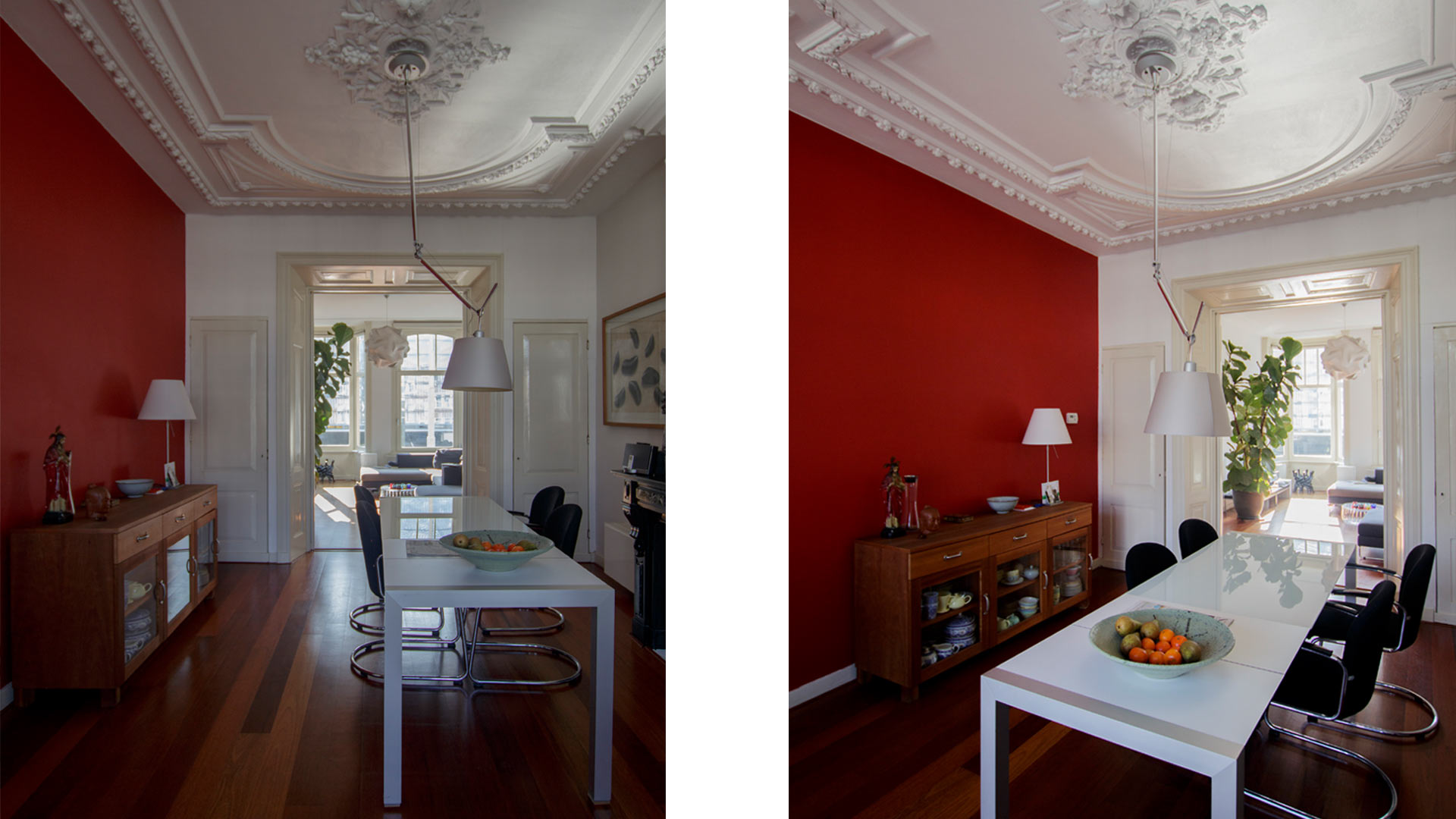 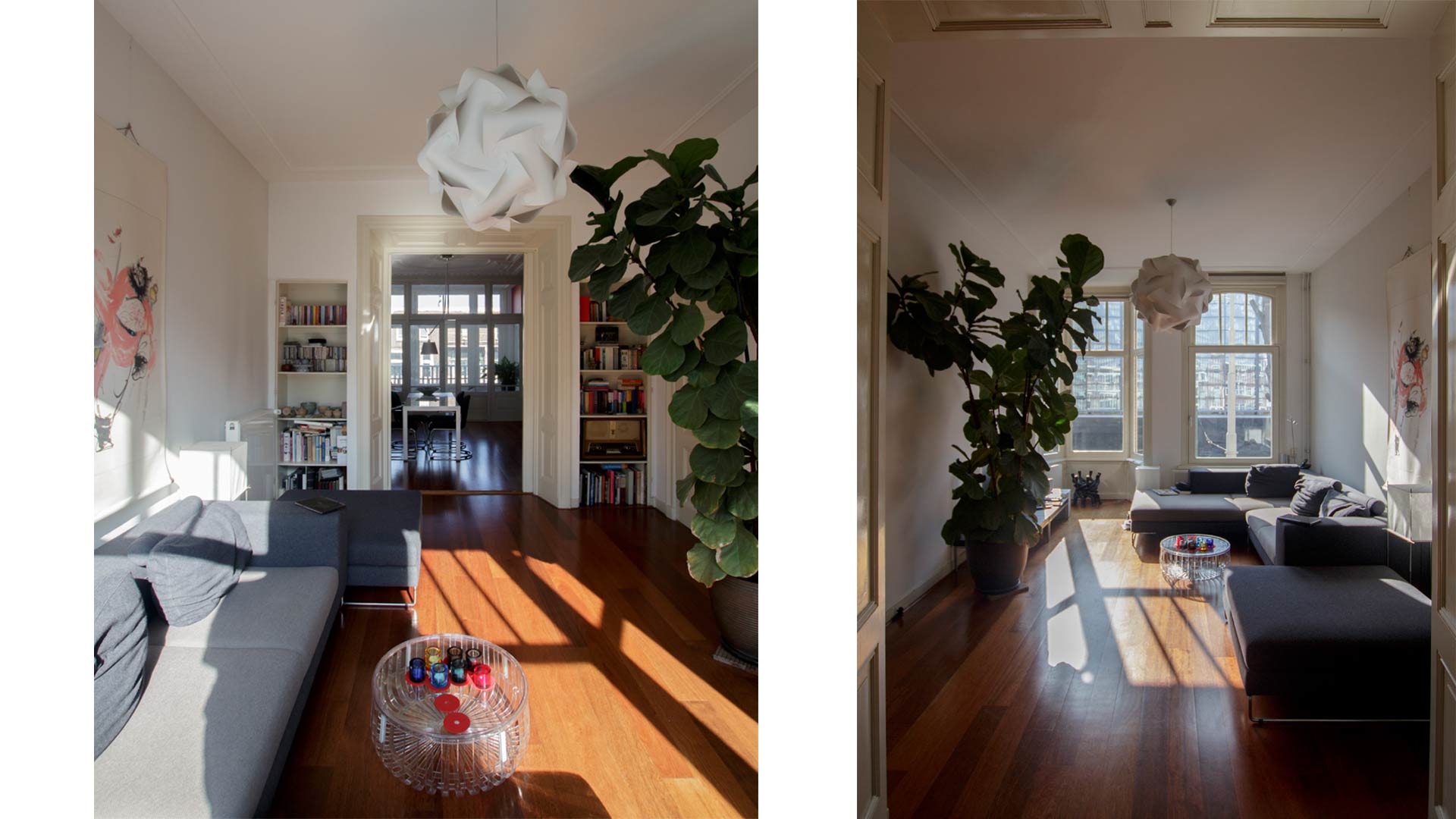 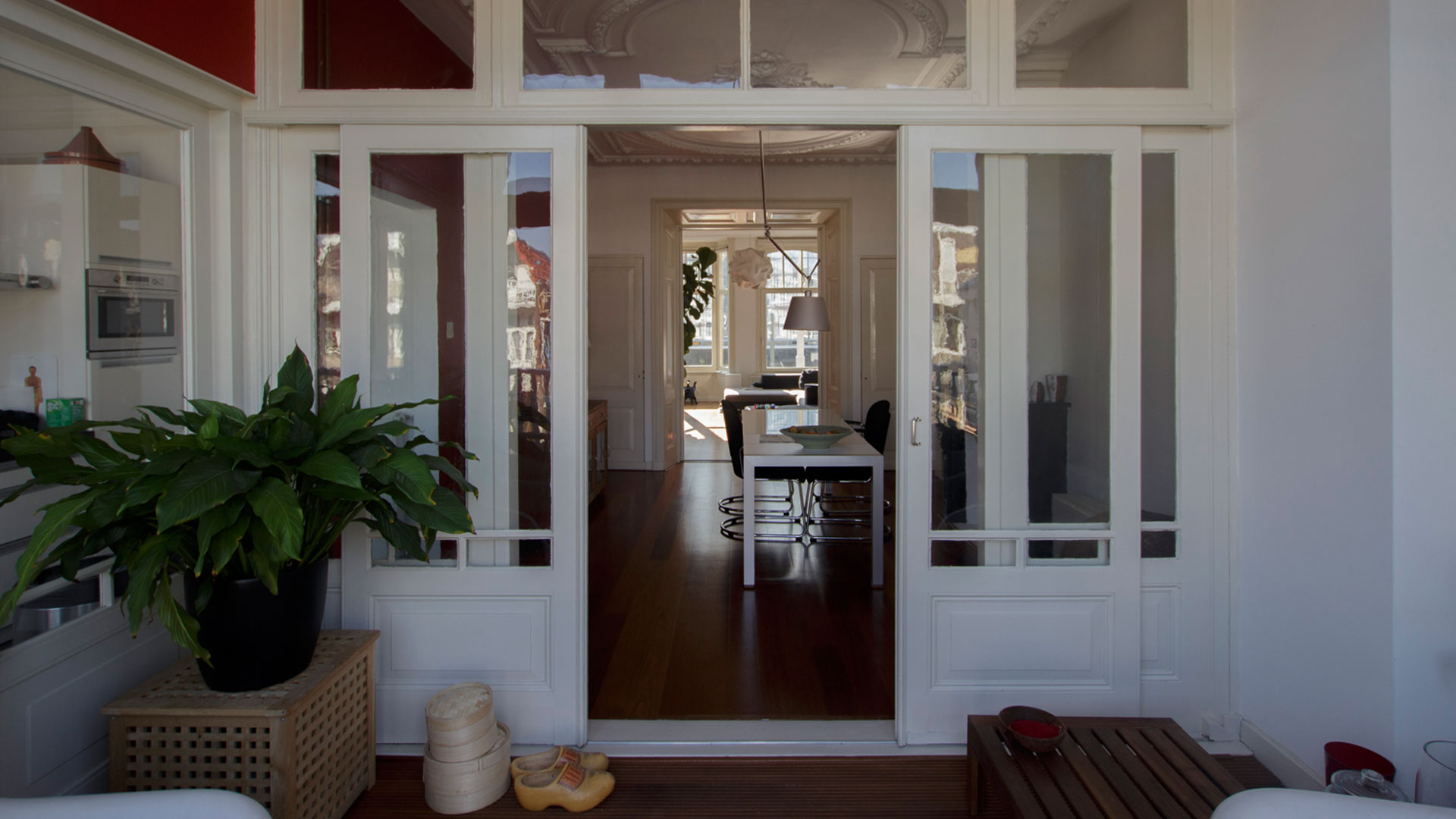 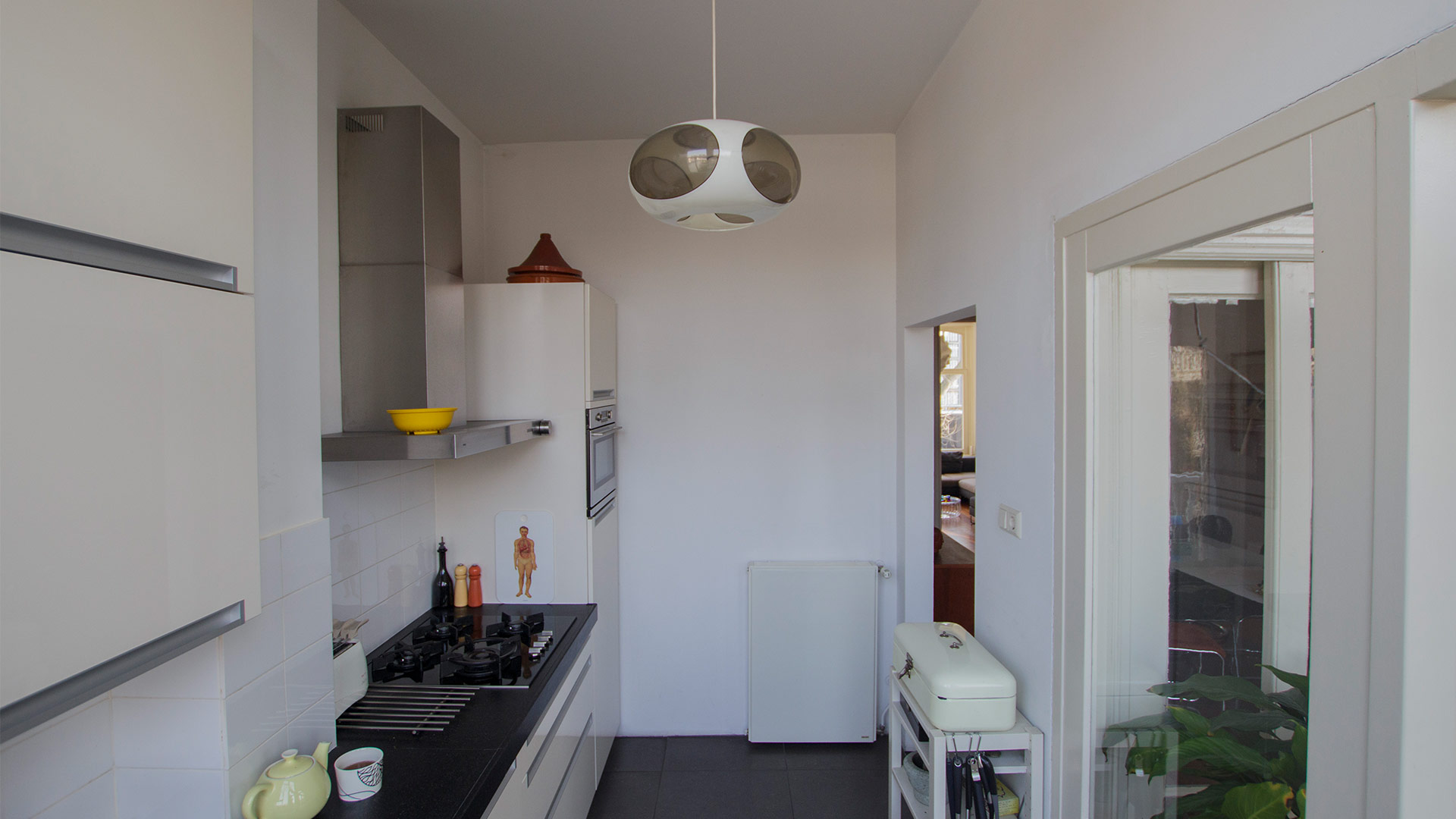 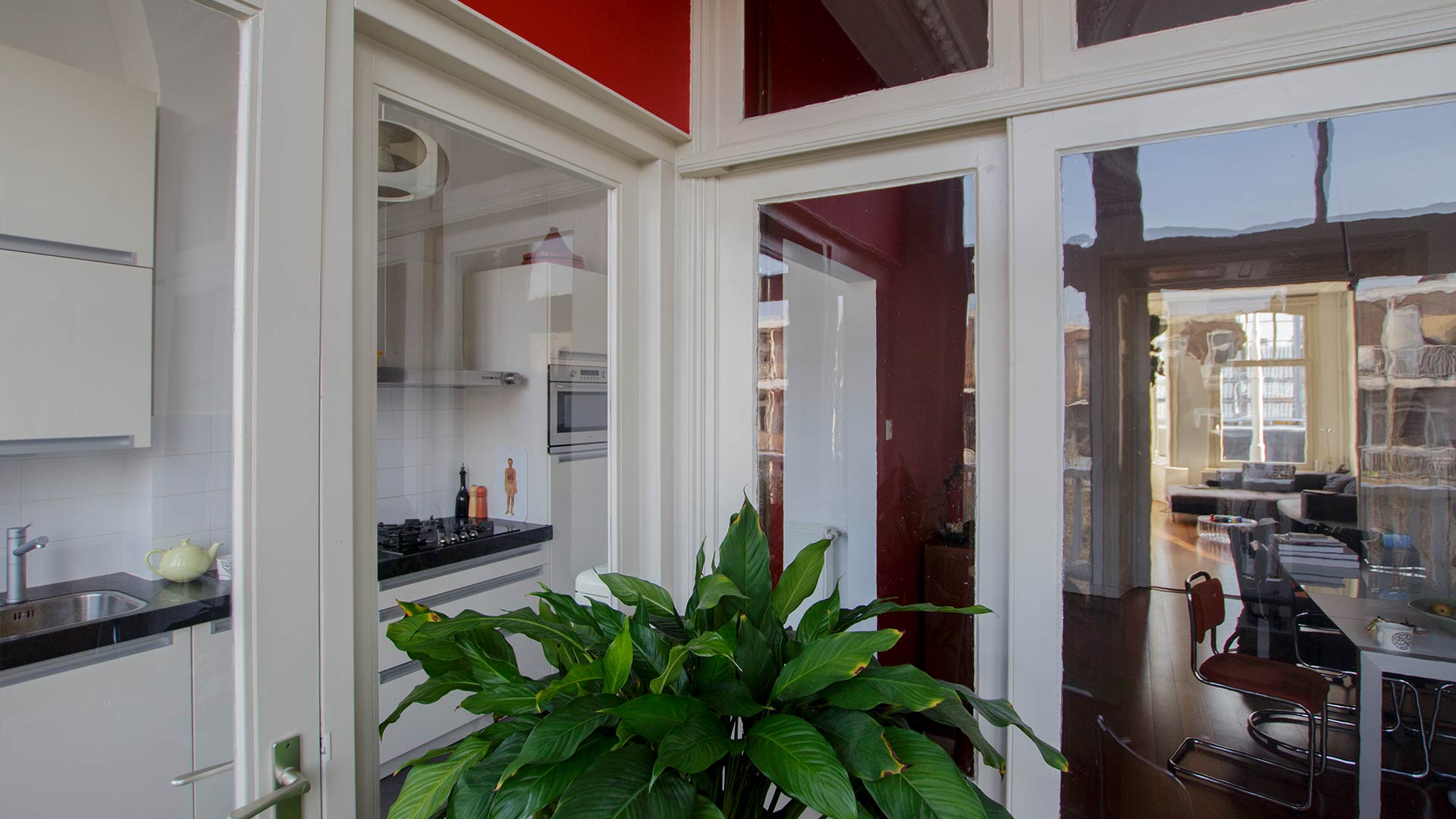 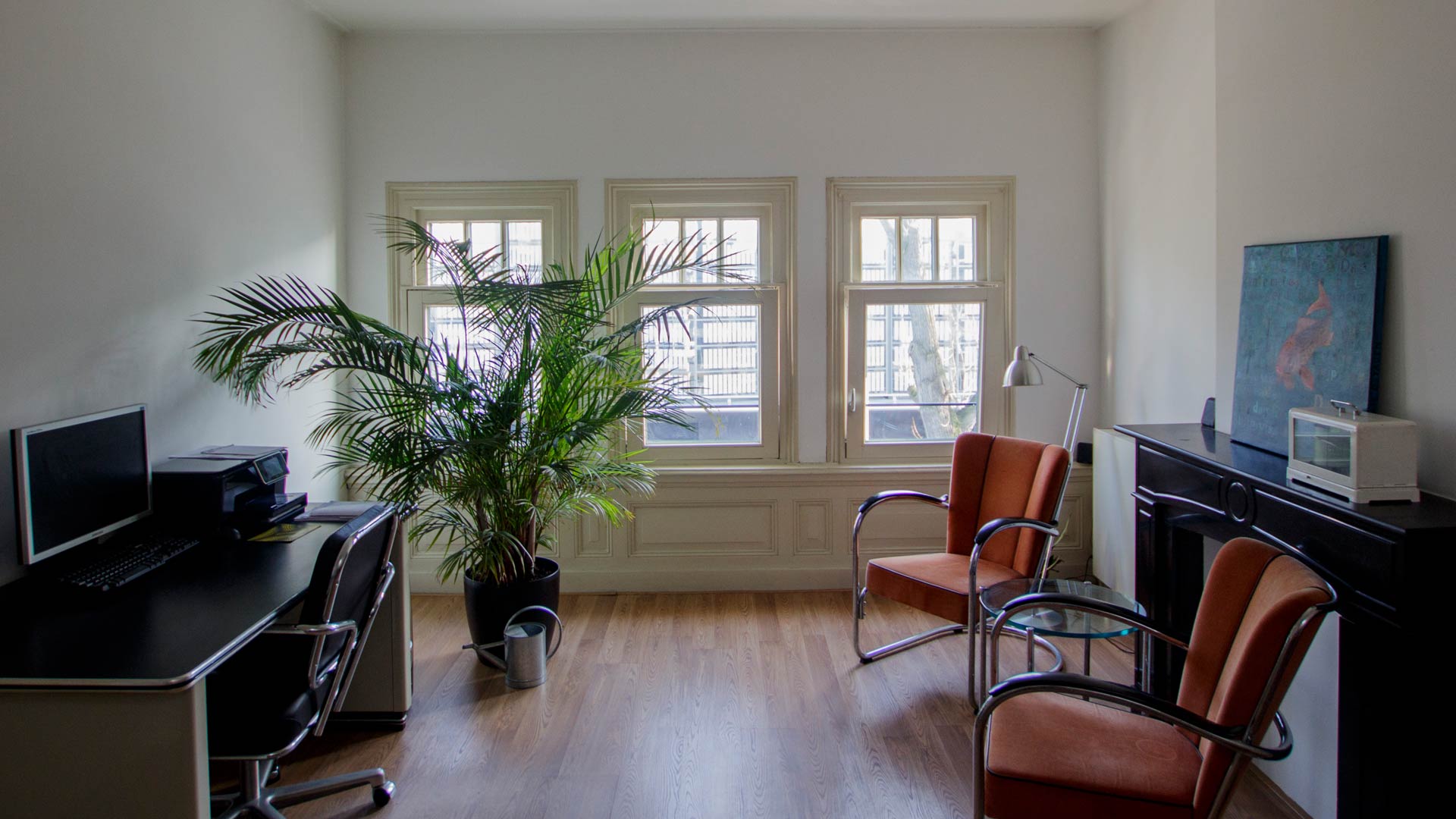 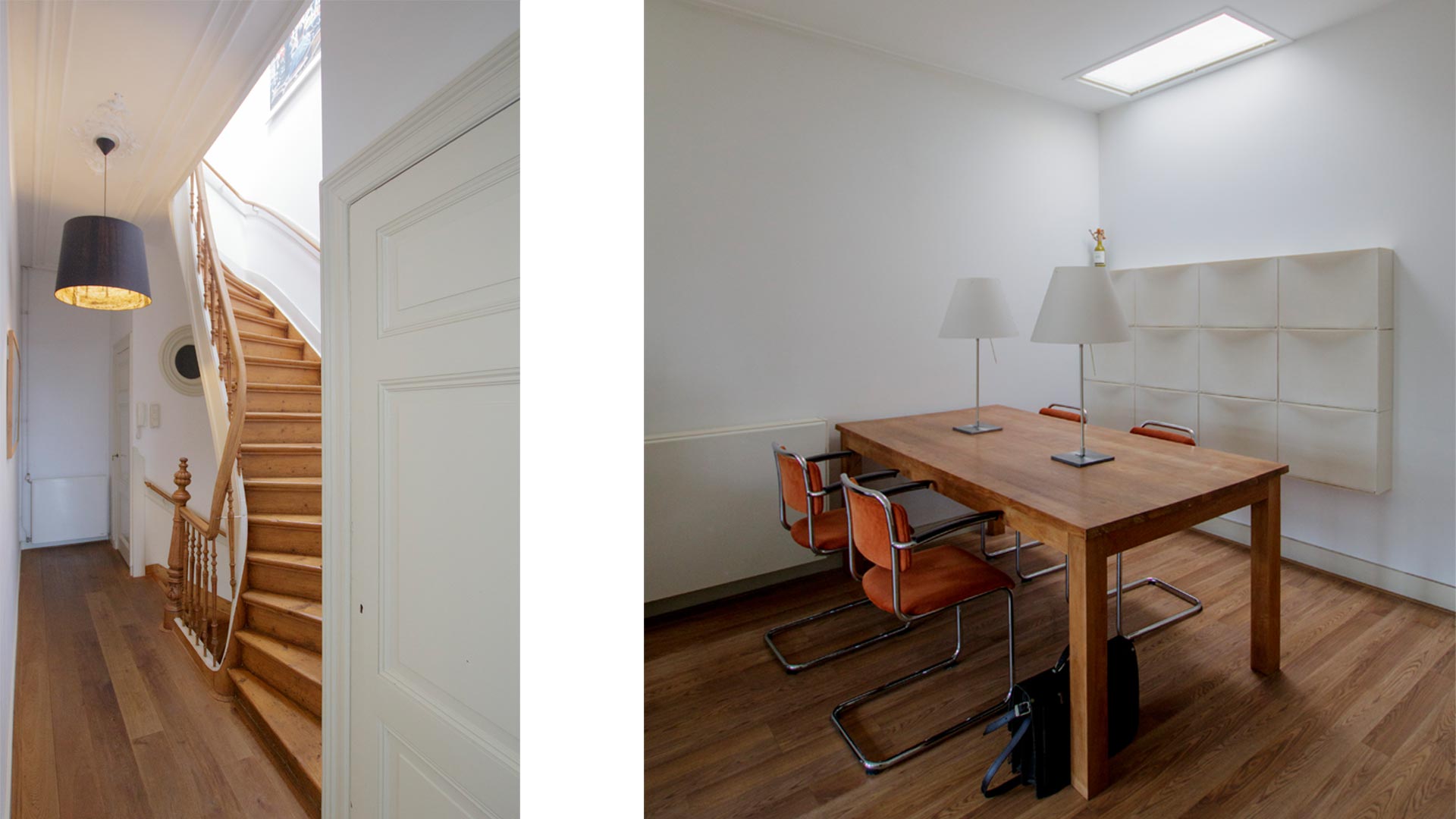 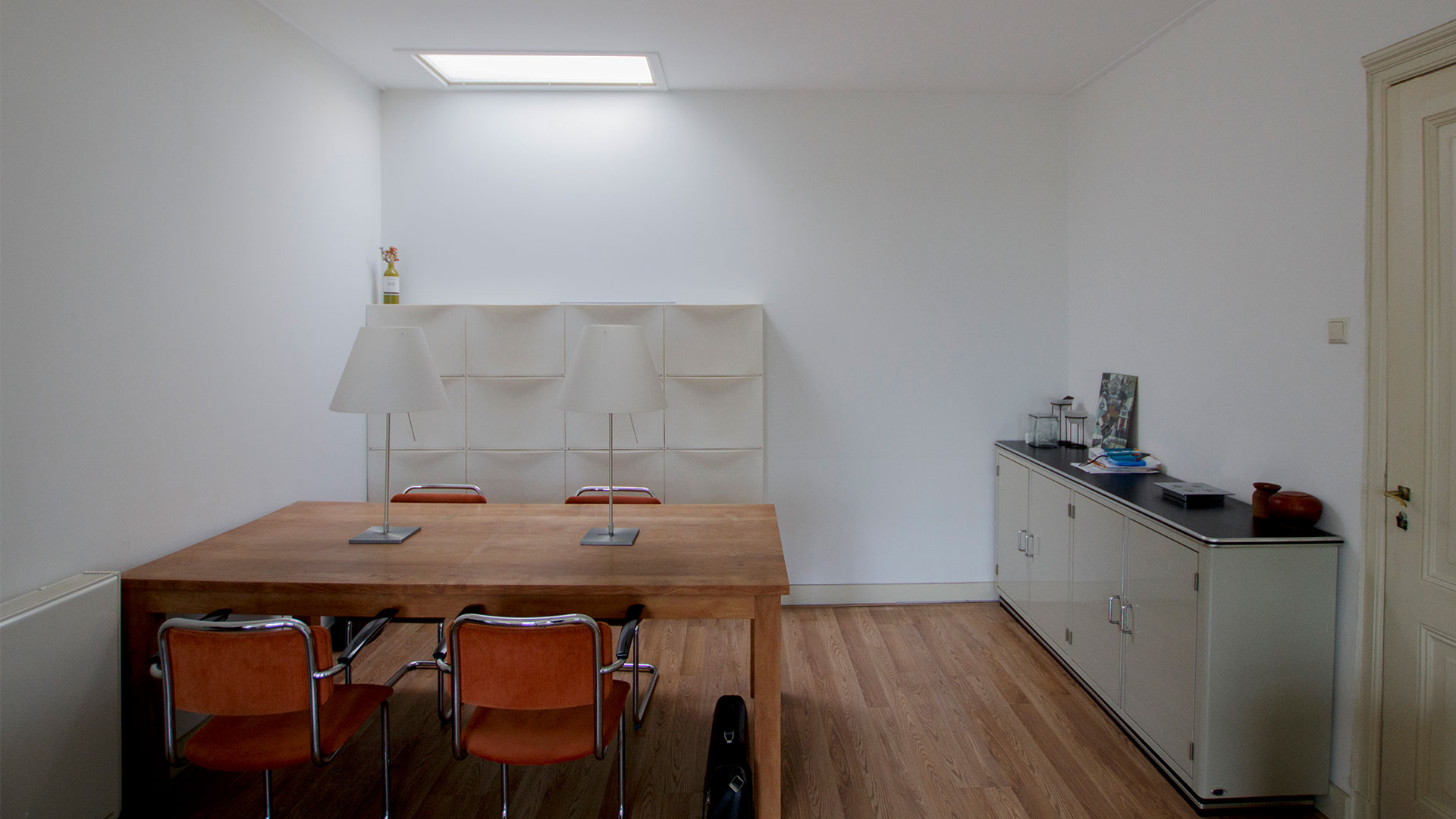 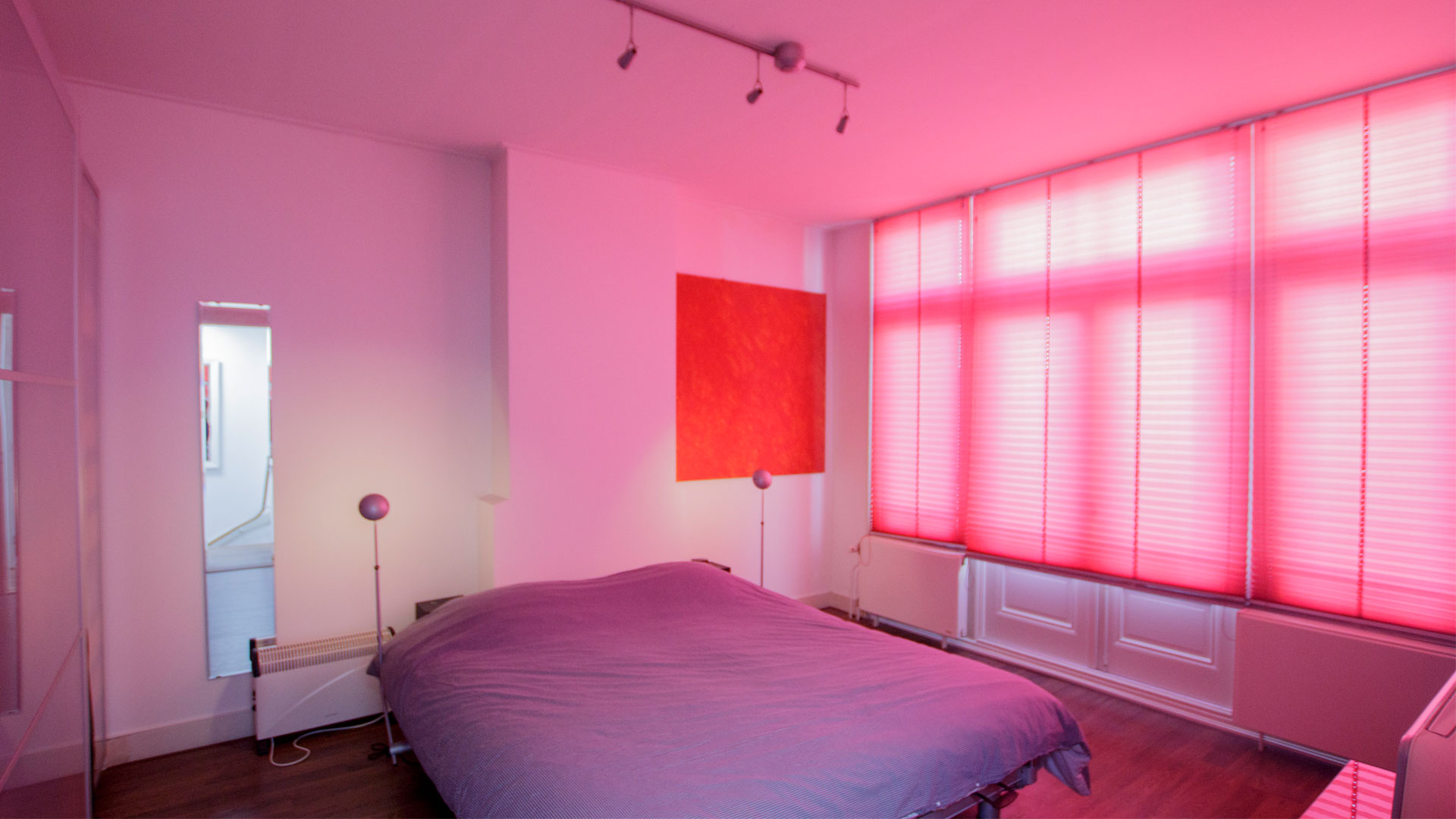